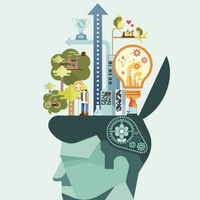 In brief: Business moves
Firmenich released its annual Environmental, Social and Governance (ESG) Report, detailing the group’s robust ESG performance in fiscal year 2021. Firmenich has progressed toward its 2025 ESG goals across three key areas: climate, nature and people. In 2021, Firmenich was also rated for the first time by Sustainalytics, with a score of 8.6, which not only places the group as the ESG leader in its industry but also in the top 1% of companies rated worldwide. Firmenich was last week ranked in the top 10 of the World Benchmarking Alliance’s food and agriculture benchmark, leading its industry.

Agropur has expanded its facility in Little Chute, Wisconsin, US. The Canadian cooperative is building a new facility to meet growing market demand and significantly increase its production of cheese and dairy ingredients. The US$168 million investment is Agropur’s second largest in the US, after the expansion of its Lake Norden facility in 2018. In addition, the project will involve the construction of a cutting-edge waste-water treatment facility that will generate energy. The expanded plant is expected to be fully operational by early 2023.

The FAO has launched a new food loss and waste reduction game platform at WFF.General Mills has announced its inaugural sustainability-linked bond aligned to the company’s efforts to combat climate change. The ten-year, US$500 million sustainability-linked bond is tied to measurable improvements on the pathway to General Mills’ commitment to reducing absolute greenhouse gas emissions by 30% across its value chain by 2030. With the issuance of this bond, General Mills links the coupon of the bond to the company’s 2030 greenhouse gas reduction goal. The interest owed to bond investors will increase if the company fails to reach the interim reduction targets (Scope 1 and 2) by 2025. Company initiatives to reduce carbon emissions include energy efficiency at plant locations and shifts to renewable electricity.

In brief: Acquisitions
Solina, a European producer of savory ingredients solutions for the food industry, has completed the acquisition of Food Compounds. Headquartered in Oosterhout, the Netherlands, Food Compounds operates a strongly automatized plant with a dedicated allergen-free facility. For Solina, this acquisition represents a further step in its expansion strategy following the respective assets of Canadian foodservice leader Berthelet in January 2020, Germany’s Hagesüd in May 2020, and the UK-based coating business Bowman Ingredients in October 2020.

In brief: Other highlights
A new game platform will help young people and policymakers learn the role data can play in choosing the most effective policies, the FAO has announced. The online decision-making platform “Change the Game, Change the Future” was jointly developed by FAO and The Lexicon, a North America-based non-profit organization whose “Green Brown Blue accelerator” mobilizes experts and builds tools to tackle challenges facing food systems. The game platform was introduced during a five-day flagship event of the World Food Forum (WFF), a youth-led movement to help shape the future of food and agriculture.

Peruvian agri-food exports to Hong Kong increased during the first months of 2021, rising to 100 million dollars in June. This data constitutes an increase of 53.9% compared to 2020. Grapes, avocados and cranberries remain the most sought-after Peruvian fresh products in Hong Kong. Cranberries exports showed a significant increase in 2021. They rose by 693.4% in value compared to the previous year. Given these results, Promperú is continuing to operate its promotion initiatives in Hong Kong’s points of sale, both at a retail level and in the restaurant sector. In the Green Dot Dot supermarket chain, chia seeds and quinoa have been promoted since August and September.