You are in : All News > Weekly Roundup: Amstel beer teams up with Rafael Nadal, Vegan Society smashes registered products record 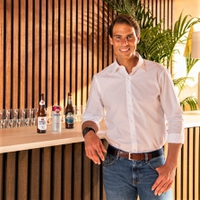 23 Apr 2021 --- This week, Amstel ULTRA recruited tennis star Rafael Nadal as a global ambassador for its light beer offerings. The Coca-Cola Company announced plans to sell a portion of its shareholding in Coca-Cola Beverages Africa (CCBA) via an initial public offering, while Tyson Fresh Meats, the beef and pork subsidiary of Tyson Foods, is helping pilot a cattle disease traceability program called US CATTLETRACE.

In the plant-based arena, Incogmeato launched its new Chik’n Tenders that capture the feel of tear-apart chicken tenders thanks to a “finely-honed technology” that creates fibers to mimic the texture of real chicken. Meanwhile, Alpro has announced that its B Corp accreditation has improved and been recertified, making the plant-based milk brand one of the first F&B organizations in the UK to achieve “outstanding” status.

In-brief: Beverages category activities
The Coca-Cola Company and CCBA announced plans to list CCBA as a publicly traded company. The Coca-Cola Company intends to sell a portion of its shareholding in CCBA via an initial public offering. The companies intend for an IPO within the next 18 months. Shares will be listed in Amsterdam, the Netherlands, and Johannesburg, South Africa, with Amsterdam being the primary exchange. The IPO will allow CCBA to operate as an independent, “Africa-focused,” South African-headquartered, managed and domiciled business. 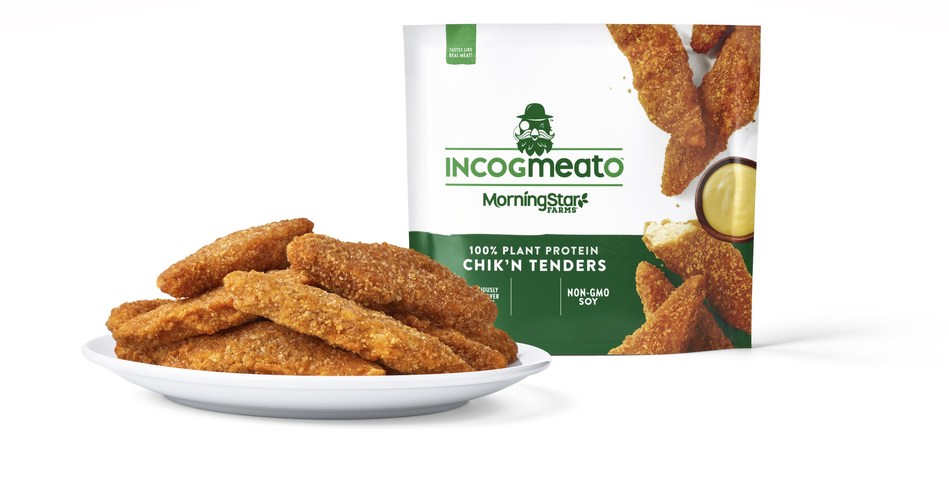 Incogmeato launched its new Chik’n Tenders that capture the feel of tear-apart chicken tenders. (Credit: Incogmeato)Amstel ULTRA, a low-carb, low-calorie light beer, has recruited tennis star Rafael Nadal as a global ambassador for its growing lifestyle product offerings, including Amstel ULTRA and Amstel 0.0. The three-year deal will see Amstel ULTRA and Amstel 0.0 feature Rafael Nadal in a variety of global marketing activities to launch in the coming months. Rafael Nadal will also be an ambassador for Amstel 0.0, helping highlight the importance of moderation and responsible consumption as part of Heineken’s wider Brewing a Better World ambition to create more choice for consumers within the zero alcohol category.

Deliverect – a Belgian scale-up that connects Uber Eats, Deliveroo, Doordash, Just Eat Takeaway.com and other delivery companies directly to restaurants’ point of sale system – has raised US$65 million in a Series C funding round from DST Global Partners and Redpoint Ventures. The funding round comprises existing investors including OMERS Ventures, Newion, Smartfin and Deliverect’s founders. The company will use the new capital to continue scaling and providing customers with technology to reliably manage digital orders, including delivery, take-out and in-house dining apps.

In brief: R&D activities & NPD
Israel-based cultured meat player MeaTech 3D’s wholly-owned subsidiary, MeaTech Europe, has commenced food-tech development activities, with an initial focus on hybrid food offerings composed of both plant and cultured fat and/or protein ingredients. The company aims to develop a variety of hybrid foods based on chicken fat from MeaTech 3D’s recently acquired Antwerp-based subsidiary Peace of Meat. Peace of Meat has already performed several taste tests that have demonstrated the potential of cultured chicken fat to improve the properties of plant-based protein products. Bovine and avian cell research and development, as well as scaling of technologies, will continue to be performed at MeaTech 3D and Peace of Meat, respectively.

Incogmeato launched its new Chik’n Tenders that capture the feel of tear-apart chicken tenders thanks to a “finely-honed technology” that creates fibers to mimic the texture of real chicken. The result is a “crispy, juicy, pull-apart tender that delivers the taste, texture and aroma flexitarians are looking for.” Compared to real chicken, Incogmeato Chik’n Tenders contain more grams of protein per serving and 27 percent less fat. They're made with non-GMO soy and contain no artificial flavors. 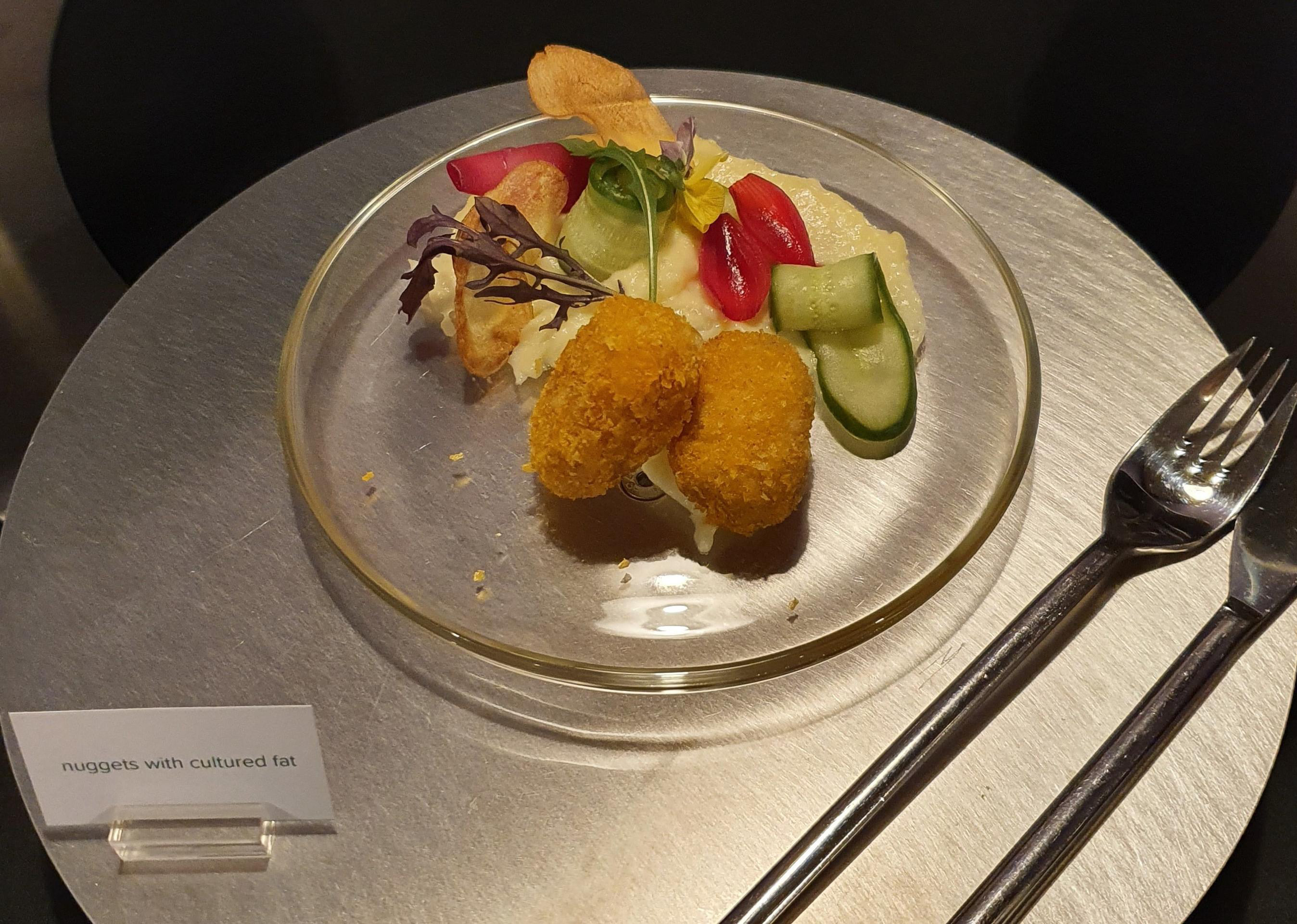 Arcadia Biosciences has acquired the assets of Agrasys, a food ingredients company based in Barcelona, Spain. The transaction includes the physical and intellectual property assets to enable Arcadia to commercialize Tritordeum, a proprietary cereal grain that was developed at agricultural research hub Instituto de Agricultura Sostenible – Consejo Superior de Investigaciones Científicas (IAS-CSIC) in Spain. Tritordeum is a combination of durum wheat and wild barley, resulting in a nutritious grain that is high in fiber, protein and lutein. Tritordeum is highly functional in a wide range of cereal-based applications such as bread, crackers, pasta, baked snacks and beer. As a crop, Tritordeum is a robust and sustainable cereal that is water-efficient with good disease and pest resistance and broad environmental adaptability. Finished products made with Tritordeum have a unique golden color and a slightly sweet, buttery taste.

Dawn Foods expanded its vegan-suitable ingredients with a range of gelatine-free fonds to stabilize non-dairy and plant-based creams for use in mousses, bavarois and desserts. Dawn Balance Gelatine Free Fonds enable bakers and chefs to stabilize, gelatinize, flavor and sweeten cream in finished products without using animal gelatine. The new fonds are available in a Fruity variety, ideal for mixing with fruity flavors; Sweet, for use with non-fruit flavors; and Chocolate, for chocolate flavor applications. They can be used with dairy, non-dairy or plant-based creams. Bakers can add the powdered gelatine-free fond to the chosen base flavor – a compound, fruit puree or liquid for example, mixing together with water and whipped dairy cream for a vegetarian bavarois or mousse or whipped dairy-free cream for a vegan alternative.

Hungry Planet, a plant-based meat company headquartered in St. Louis, Missouri, US, has closed an oversubscribed US$25 million Series A financing round. This  will be used to build capacity for Hungry Planet’s breakthrough plant-based meats, and accelerate growth across retail, foodservice and e-commerce channels, both domestically and internationally.

In brief: Food safety
Tyson Fresh Meats, the beef and pork subsidiary of Tyson Foods, is supporting a new cattle disease traceability program called US CATTLETRACE. This makes Tyson the first beef processor to invest in membership in the program, which was formed by multiple state cattlemen’s organizations to develop a national infrastructure for animal disease traceability in the US cattle industry. The program is expected to assist animal health officials with an effective and quick disease response within the US cattle herd in the event of a foreign animal disease occurring in the country.

Tyson Fresh Meats is supporting a new cattle disease traceability program called US CATTLETRACE.FoodChain ID, a provider of technology-enabled food safety, quality and sustainability solutions, has launched a Bioengineered Compliance Service to assist food manufacturers in meeting the USDA’s National Bioengineered Food Disclosure Standard’s (NBFDS) upcoming deadline. In 2016, Congress amended the Agricultural Marketing Act of 1946 with the National Bioengineered Food Disclosure Law. It directed the USDA to establish a standard requiring food manufacturers, importers and individual retailers to ensure bioengineered foods are appropriately disclosed. The NBFDS has a mandatory compliance date of Jan 1, 2022. The currently listed foods at high risk to be bioengineered can be translated into thousands of ingredients and products sourced from numerous global suppliers, notes FoodChain ID. Hence, detectability becomes a critical element of determining compliance.

In brief: Miscellaneous
Sysco and Cargill have partnered with the National Fish and Wildlife Foundation (NFWF) to help US ranchers in Texas, Oklahoma, New Mexico, Kansas and Colorado tackle the impacts of climate change and improve grasslands and wildlife habitat. Through a public-private partnership, US$5 million in funding from Sysco and Cargill has been put forward to accelerate sustainable grazing practices over the next five years across one million acres in the Southern Great Plains, an area responsible for approximately 30 percent of the beef produced in the US. The Southern Plains Grassland Program alleges the potential to sequester up to 360,000 metric tons of carbon per year.

Alpro has announced that its B Corp accreditation has improved and been recertified, making the company one of the first F&B organizations in the UK to achieve “outstanding” status. The reclassification comes as the plant-based drink brand increases to 106.3 points – evolving from “great” to “outstanding” in three years. This follows a sustained innovation strategy and ongoing environmental commitments set out by the company last September, as part of its health and sustainability pledge – “Feeding our Future with Plants.” 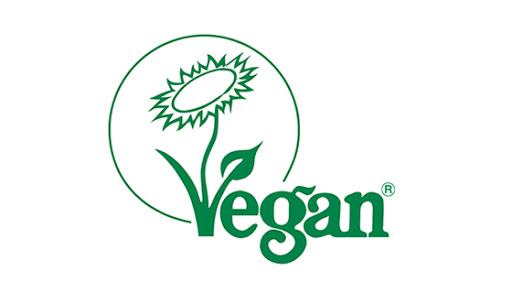 The Roundtable on Sustainable Palm Oil (RSPO) has released its Practical Guidance on Gender Inclusion and Compliance to the 2018 RSPO Principles and Criteria and the 2019 Independent Smallholder Standard. This Gender Guidance underscores the vital role that women play in the palm oil industry and the need to strengthen industry’s commitment to women’s rights. “Women make essential contributions to the palm oil sector; yet they also face unique risks – from unrecognized land ownership to unequal job opportunities to a lack of protection both physical and financial,” says Prasad Vijaya Segaran Human senior executive of rights and social standards at RSPO.