You are in : All News > Waitrose stocks Sunions “tearless onions” to prevent kitchen crying

13 Jan 2022 --- Onions that do not reduce cooks to tears have all but been a mythical illusion until now with Waitrose unveiling a sweet range of onions called Sunions which will be sold in its stores across the UK from this month.

No more tears will be shed in kitchens across the UK with Sunions which have been developed to cater to people with sensitive eyes and to make cooking easier in situations like having children in the kitchen.

“Ideal for taking the tears out of the kitchen, the sweetness of this type of onion lends itself perfectly to a variety of dishes, from salads to hot meals,” says Paul Bidwell, onion buyer at Waitrose.

The onions will be available in stores from January 18.

Saving those tears
Sunions are a brown variety with a mild flavor and have been developed over the course of 30 years. Onions are one of the most commonly used ingredients, perfect as the foundation for most meals.

As a result most cooks have their own methods of preventing tears from streaming down their cheeks when chopping those onions such as soaking them in ice cold water or putting them in the freezer prior to cooking. 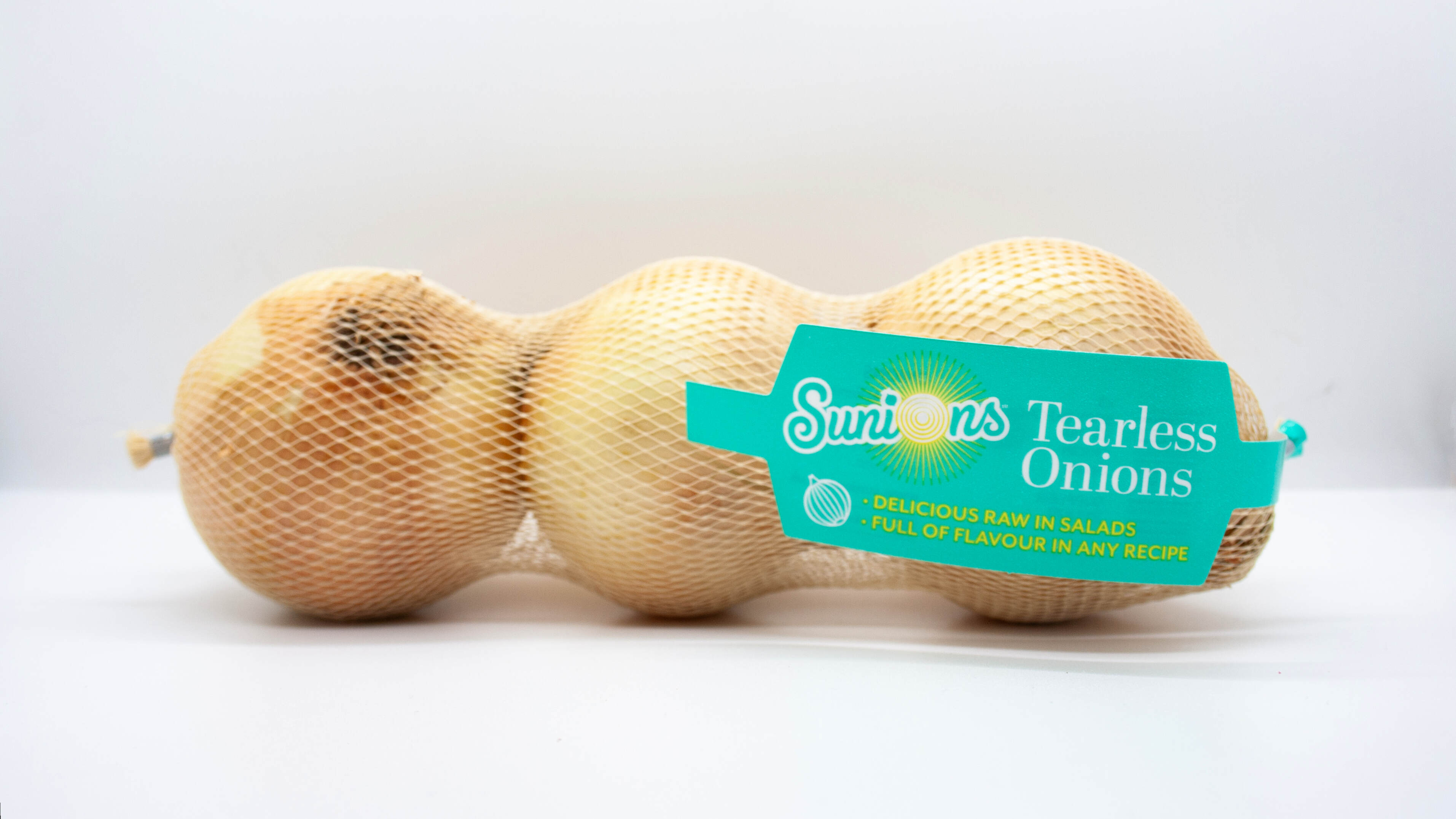 Sunions have been 30 years in the making.

“We understand how a-peeling tearless onions are to our customers which is why we’re delighted to launch Sunions in selected stores,” says Bidwell.

Beating the rest to the chase
The race to develop a tearless onion has been in the making for several decades, with scientists around the world working on prototypes, reports The Guardian. Then Sunions were developed and launched for the first time in the US four years ago. Last year, several Spanish retailers spotted the brand.

The onion was originally developed by the agricultural giant Bayer, but is now owned by the chemicals firm BASF, which acquired part of its seeds and crop business. The companies claim Sunions are not genetically modified but the product of decades of cross-breeding of less pungent strains of onion.

Volatile compounds in onions are responsible for tearing and pungent flavor and the amounts of those compounds in other onions remain the same or increase over time. In Sunions, these compounds do the exact opposite and decrease to create a tearless, sweet and mild onion.

In 2010, Schnucks and Monsanto launched the EverMild sweet onion in St. Louis, US which also featured a mild taste and tearing effect.

With the goal to produce second-generation plant proteins, Louis Dreyfus Company (LDC) inaugurates its advanced R&D center in California, US. LDC will research a... Read More