You are in : All News > US: Moms Across America call for total glyphosate ban

US: Moms Across America call for total glyphosate ban 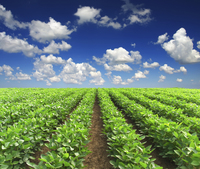 14 Nov 2017 --- The campaign group Moms Across America is calling for controversial glyphosate – the active herbicide in Monsanto’s Roundup weedkiller used in commercialized agriculture all over the world – to be banned across the US.

The move in the US closely follows the European Union’s failure to renew the license for the herbicide last week after a long debate surrounding glyphosate continues to split opinion.

Despite European scientists and authorities insisting upon its safety, Member States can’t make up their mind on how long to renew its license and so the stalemate surrounding glyphosate continues in Europe.

Meanwhile, across the Atlantic, the debate over glyphosate is just as polarized.

Moms Across America is now pushing for a ban and says it has support from Organic Consumers Association, Institute for Responsible Technology and Thinking Moms Revolution.

“European Member States, after considering volumes of scientific studies and numerous testimonies by lawyers and researchers, have refused to renew the license for glyphosate. If it is not safe for Europeans, and Malta, Sri Lanka, and Argentina who have banned glyphosate, then we do not want glyphosate in our United States,” says Zen Honeycutt, Executive Director of Moms Across America.

“We urge our governors to take bold steps like the Governor of Arkansas and Missouri did in banning Dicamba, and ban glyphosate herbicides and toxic chemicals immediately.”

In 2015, the International Agency for Research on Cancer (IARC) of the World Health Organization found that glyphosate “is a probable human carcinogen,” according to Moms Across America.

In July of 2017, the California State Office of Environmental Health Hazard Assessment (OEHHA) added glyphosate to its Prop 65 list of known carcinogens.

In October of 2017, after one million Europeans requested a ban, 72 percent of the Members of the European Parliament voted to ban glyphosate.

In April 2014, the legislature of the Netherlands passed legislation prohibiting the sale of glyphosate to individuals for use at home; commercial sales were not affected. In May 2015, the president of Sri Lanka banned the use and import of glyphosate and at the same time, Bermuda blocked importation on all new orders of glyphosate-based herbicides for a temporary suspension awaiting outcomes of research.

In June 2015, the French Ecology Minister asked nurseries and garden centers to halt over-the-counter sales of glyphosate in the form of Monsanto's Roundup. This was a non-binding request and all sales of glyphosate remain legal in France until 2022, when the substance will be banned for home gardening.

Many school districts and cities in the United States have already discontinued the use of glyphosate.

A glyphosate ban request is already being considered by Governor Brown of California from the CA Guild. Pesticides including glyphosate have already been banned in Connecticut for use on school and daycare grounds. The Governors of Arkansas and Missouri have already banned Dicamba, proving that statewide action can be taken to protect citizens.

All 50 state governors are being petitioned by the campaign group and its supporters through Change.org and local state residents from each state are launching a mail-in campaign requesting meetings with their governors.

Resolution of US Roundup litigation: Bayer pays up to US$10.85bn