You are in : All News > Unilever Plans Autumn Auction for Spread Business 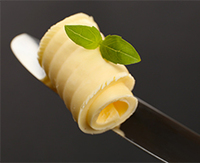 19 Jun 2017 --- Two months after first announcing it is selling off its spreads business, Unilever is now preparing to start to auction this off in the fall.

Following a strategic review prompted by the Kraft Heinz takeover approach earlier this year, Unilever is selling off its spreads business including well known margarine brands like Flora and Stork.

Unilever CEO Paul Polman said at the time of the initial announcement in April that the review has also highlighted opportunities for “accelerated development” of Unilever’s portfolio and that the future of the Spreads business “now lies outside the Group.”

Kraft Heinz Co. withdrew its US$143 billion bid for Unilever two days after the approach became public in February. Defending itself against the approach, Unilever announced it was to carry out a root and branch review which immediately started speculation about what asset sales it would carry out.

Now the Anglo-Dutch giant is believed to be working with Morgan Stanley and Goldman Sachs on the sale.

Speaking about the forthcoming auction, CFO Graeme Pitkethly spoke at a conference hosted by Deutsche Bank, according to Reuters.

“We expect to run this in the autumn of this year, and we hope to have a view on agreeing a binding deal by the end of the year or perhaps shortly after that,” he said.

“If we are unable to achieve sufficient value in an outright sale, we do plan to demerge this business, and that might take a little bit longer.”

Meanwhile the review of Unilever's structure, which has headquarters in the UK and Netherlands, also announced in April, is expected to be completed by the end of the year.

Future Food-Tech has revealed its latest Innovation Challenge will be in partnership with Kraft Heinz to spotlight emerging talent within the F&B... Read More