You are in : All News > Unilever eyes €1bn plant-based meat and dairy alternatives sales by 2027

18 Nov 2020 --- Unilever has set a global sales target to net €1 billion (US$1.2 billion) from plant-based meat and dairy alternatives within the next five to seven years. The aim is to roll out The Vegetarian Butcher brand and ramp up vegan alternatives from brands including Hellmann’s, Magnum and Wall’s.

Unilever will also strengthen its portfolio of nutritional products containing ingredients like vegetables, fruits, proteins, or micronutrients such as vitamins, zinc, iron and iodine, and continue lowering calorie, salt and sugar levels across products.

Another commitment is to halve food waste in its direct global operations from factory to shelf by 2025 – five years earlier than previously committed, as part of the Champions 12.3 coalition target.

“We have a critical role to play in helping to transform the global food system. It’s not up to us to decide for people what they want to eat, but it is up to us to make healthier and plant-based options accessible to all. These are bold, stretching targets which demonstrate our commitment to being a force for good,” explains s Hanneke Faber, president of Unilever’s Foods & Refreshment Division.

“It’s widely recognized that the current global food system is inequitable and inefficient. One billion people around the world are hungry, while two billion are obese or overweight,” he continues.

“One-third of all food produced is thrown away. And animal agriculture is the second-largest contributor to greenhouse gas emissions after fossil fuels and a leading cause of deforestation, water and air pollution and biodiversity loss,” adds Faber..

Estimated five-fold sales growth driven by meat and dairy alternatives
The maker of Lipton, Ben & Jerry’s and Knorr has been investing in the plant-based space for many years. 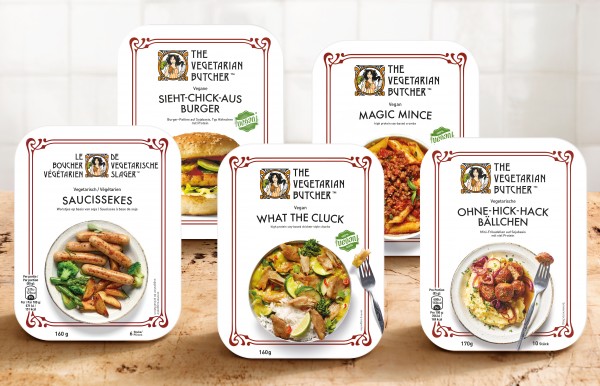 In November 2019, Burger King strengthened its foothold in the booming market for plant-based foods served in restaurant chains by partnering with The Vegetarian Butcher on its Rebel Whopper launch.

In the ice cream category, Unilever’s vegan Magnum Ice Cream tubs, first introduced in 2018, are the first ice cream wrapped in a chocolate shell. Magnum Ice Cream reimagined the cracking shell into an indulgent, scoopable format. Consumers can squeeze the sides of the tub to break the chocolate shell and hear the “Magnum crack.” Then break into the thick, top layer of chocolate to indulge in a mixture of ice cream, milk chocolate shards and sauce.

The global plant-based meat market is growing at a compound annual growth rate (CAGR) of 15.8 percent, set to reach US$35.4 billion by 2027.

In July, FoodIngredientsFirst reported how a four-year investor engagement with 25 giant food retailers and manufacturers, led by the FAIRR investor network, found that two in five global food giants with combined annual revenues of US$459 billion now have dedicated teams to develop and sell plant-based alternatives to meat and dairy; with Tesco and Unilever ranking top.

Unilever now cites this collaboration as an important step toward bolstering plant-based products and “the critical shift toward the development of sustainable food alternatives.”

Despite being packed full of protein, antioxidants, vitamins and minerals, microalgae have never really made it into the mainstream, principally because of their strong green color and bitter taste and smell.

To overcome this, Algenuity has developed a technology called Chlorella Colours, which removes the unpalatable taste without reducing any of the microalgae’s valuable nutritional content.

Their emulsifying and enriching properties are similar to those of traditional ingredients such as eggs, which means they can be used in a wealth of foods, including mayonnaise, soups, sauces, meat alternatives, baked goods and pasta.

“This also, of course, makes microalgae particularly relevant for Unilever brands like Hellmann’s, Knorr and the Vegetarian Butcher,” Unilever underscores. 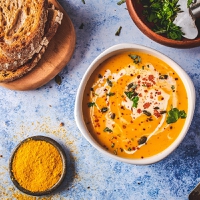 The accelerated demand for new plant-based formats and sophisticated alternatives is forecasted for upcoming successful launches.

In particular, lab-grown foods have the potential to disrupt the industry with acceleration from animal welfare interests.

The multinational has also pledged to ensure 100 percent of its plastic packaging is reusable, recyclable, or compostable by 2025.