You are in : All News > UK embroiled in fipronil eggs scandal after batches distributed in Britain, FSA investigates 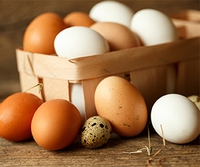 08 Aug 2017 --- The scare over the use of insecticide fipronil and how it got into batches of eggs has widened – with UK government agencies issuing a warning that a small number of contaminated eggs have got into Britain’s food chain and have already been consumed. They were imported into the UK between March and June, according to the Food Standards Agency (FSA) which has started an official investigation. This means in all likelihood the eggs would have been already consumed.

The fipronil food scandal has rocked the food industry and consumer confidence in the Netherlands and Germany over the last couple of weeks and now the UK admits some eggs were imported into the country from affected farms at the center of the scare.

Last week FoodIngredientsFirst revealed how the Dutch food and product safety board (Nederlandse Voedsel- en Warenautoriteit, or NVWA) banned 180 poultry farms from sending their eggs to market because they may be contaminated with the pesticide – which is used to treat lice and ticks in chickens and some tests show that it can harm kidneys, the liver and thyroid gland in people.

You can read the stories here and here.

The UK Food Standards Agency has now issued a statement which says that following the concerns rose in the Netherlands about fipronil, which has been used inappropriately in cleaning products on chicken farms, it has identified “that a very small number of eggs have been distributed to the UK from the farms affected.”

“Fipronil is not authorized for use as a veterinary medicine or pesticide around food producing animals,” continues the statement.

“The Food Standards Agency is committed to making sure that food is safe. The number of eggs involved is very small and the risk to public health is very low, but we are urgently investigating the distribution of these eggs in the UK.”

The FSA says that it is working closely with the businesses that have received eggs but does not name these companies in its statement.

“Investigations to date indicate that any affected products are no longer on the shelves. The government has already taken action to prevent any risk to UK consumers by adding Fipronil to its robust surveillance program in UK farms. We have no evidence that eggs laid in the UK are contaminated or that Fipronil has been used inappropriately in the UK. 85 percent of the eggs we consume in the UK are laid here.”

The FSA is keen to stress the small volumes that these eggs represent but estimates the number of imported eggs at around the 20,000 mark.

“The number of eggs involved represents about 0.0001 percent of the eggs imported into the UK each year. Our risk assessment, based on all the information available, indicates that as part of a normal healthy diet this low level of potential exposure is unlikely to be a risk to public health and there is no need for consumers to be concerned,” continues the FSA.

“Our advice is that there is no need for people to change the way they consume or cook eggs or products containing eggs.”

Supermarkets including Aldi and Lidl in Germany have already pulled millions of eggs from the shelves because of concerns they may contain small traces of fipronil. They say it is as a precautionary measure.