You are in : All News > Trump urged not to rollback school nutrition progress 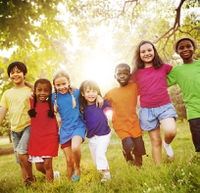 30 Jan 2018 --- A campaign urging President Trump not to roll back progress on school nutrition is underway in the US with 80,000 people officially filing their comments with the Department of Agriculture opposing proposals to weaken nutrition standards.

The opponents are against government plans for a three-year delay for the sodium reduction in school meals, among other issues that, they claim, would weaken nutrition standards within US schools.

Standing alongside them is the Washington D.C.-based non-profit watchdog and consumer lobby group, the Center for Science in the Public Interest (CSPI).

The CSPI is urging the Trump administration to improve school food and do more to support children’s health.

The issue of Trump and food-related policies was recently highlighted in a FoodIngredientsFirst special report examining the President’s impact in his first year of office.

Although the period has been marked by a low level of success in getting policies through and food industry-related moves have been relatively muted thus far, there has been regulatory rollback movement, not to mention the withdrawal of key policies like the Trans-Pacific Partnership (TPP).

There is also a looming threat over welfare programs and initiatives like the US food stamp program – officially known as the Supplemental Nutritional Assistance Program (SNAP) which provides nutritional assistance to more than 45 million low-income families – which could be downsized.

The vice president for nutrition at CSPI, Margo G. Wootan, says the organization stands with the 80,000 people who are also joined by more than 50 health and child welfare organizations and more than 50 scientists and academics.

Sixty percent of Americans oppose rolling back school nutrition, according to a new poll released by CSPI.

“Prior to the Trump proposal, the plan was for schools to gradually decrease the amount of salt in school meals to safer levels over ten years and that plan is well underway,” says Wootan. “A three-year delay would mean that school kids would eat 84 more teaspoons of salt, or more than three months’ worth of extra sodium, from school meals.”

“Nine out of ten kids today eat too much salt, and high salt intake is linked to high blood pressure, even in kids, which can lead to heart disease and stroke later in life.”

“Eighty-five percent of schools have shown that they can meet the requirements for whole grains in schools. All school children should have access to the health benefits of more whole grains and less white flour and refined grains,” she said.

“Thanks to the existing school nutrition standards, schools are already providing low-income children (through the National School Lunch and Breakfast Programs) with healthier school meals with less salt, more whole grains, fruits, and vegetables, and no trans fat, in addition to removing most soda and junk food from schools.”

The improvements to school food are an amazing success story and one of the most important policy achievements in a generation. The Harvard T.H. Chan School of Public Health estimates that the improvement to school food could prevent more than 2 million cases of childhood obesity and save up to $792 million in health-care related costs over ten years. With such tremendous progress, it makes no sense for the Trump administration to allow schools and companies to reverse course and to jeopardize kids’ health.”

Israel-based BT Sweet has launched Cambya, a plant-based sweetening platform that can reduce sugar in treats like hazelnut and chocolate spreads. It comes as a response... Read More

An Arla Foods-backed study has found that 66% of consumers in the UK, Denmark, Sweden and Germany do not see nutrition as part of sustainable diets. Moreover, half (49%)... Read More