You are in : All News > The first year (Part 1): Trump and food-related policies 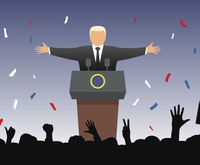 23 Jan 2018 --- The question echoes around the world and everyone has an opinion on it. What have we learned about President Donald Trump in the last 365 days? In a year like no other, in terms of US politics and culture at least, FoodIngredientsFirst examines how the billionaire businessman turned US President and his Republican administration has impacted food, agriculture and trade policies in the US and beyond over the course of the last 12 months.

Keenly focused on deconstructing the Obama agenda, the Trump administration has spoken sporadically about food policy in President Donald Trump’s first year – a period that has been marked by a low level of success in getting policies through and food industry-related moves have been relatively muted thus far. Job creation, immigration and taxes seemingly having a much higher priority than issues affecting the food industry.
However, there has been regulatory rollback movement, not to mention the withdrawal of key policies like the Trans-Pacific Partnership (TPP). Just one example of breaking away from what has been laid before.
Delays in enforcement
In early 2011, the most sweeping reform of US food safety laws in more than 70 years, US Food Safety Modernization Act, was passed with broad bipartisan support. Its aim was to ensure the US food supply is safe by shifting the focus from responding to contamination to preventing it.
Almost seven years later to the day, the Food & Drug Administration announced that it intends to exercise enforcement discretion for certain provisions in four of the rules that implement the FDA Food Safety Modernization Act (FSMA). This means that during the enforcement discretion period, the agency does not intend to enforce these provisions as they currently apply to certain entities or activities. In other words, delay.
But the Center for Science in the Public Interest – the Washington, DC-based non-profit watchdog and consumer advocacy group that advocates for safer and healthier foods – says the delay undermines what was a landmark legislation.
The CSPI claims that FSMA was intended to cover the entire food chain, from farm to fork, and the Trump administration’s new guidance would create a gap in that safety chain by exempting, at least for now, some of those who harvest, package, and hold food produced on farms.
In addition, the guidance would eliminate the written company-to-company food safety assurances required under the final FSMA rules that identify dangerous pathogens that should be addressed by downstream processors and, according to CSPI, that threatens to expose consumers to hazards.
“Under the Trump Administration, these indefinite delays are being unveiled in a surprise final guidance without public input,” says the CSPI.
However, the FDA insists that issuing this enforcement discretion guidance is “consistent with other actions the FDA has taken to ensure that the FSMA rules are as effective as possible while providing flexibility where necessary and appropriate to support compliance.”
Commissioner of the FDA Scott Gottlieb adds: “While we’ve been setting in place the public health gains envisioned as part of FSMA by issuing new standards for food safety, we recognize that such a fundamental change in our food safety approach may require adjustments along the way to address issues that had not been previously anticipated.”
Compliance date delay: Menu & nutrition labeling requirements
In another delay, the FDA extended the compliance date for menu labeling requirements from May 5, 2017, to May 7, 2018, to allow for further consideration of what opportunities there may be to reduce costs and enhance the flexibility of these requirements.
This means the foodservice industry has been given more time before the government imposes regulation.
The FDA has also issued a proposed rule to extend the compliance dates for the Nutrition Facts and Supplement Facts label final rule and the Serving Size final rule from July 26, 2018, to January 1, 2020, for manufacturers with US$10 million or more in annual food sales.
Manufacturers with less than US$10 million in annual food sales would receive an extra year to comply, until January 1, 2021. Pending completion of this rulemaking, the FDA intends to exercise enforcement discretion with respect to the current July 26, 2018, and July 26, 2019, compliance dates.
Former First Lady, Michelle Obama, was originally involved with the design of the new label as part of her work on nutrition, well-being and tackling obesity and many health advocates are behind moves to provide a much more detailed nutrition label to US consumers to help them make more informed food choices.
Despite some firm compliance dates previously being imposed, the US government under Trump is delaying having listened to industry concerns about needing more time.
Cuts to food stamps
It remains to be seen how much welfare programs and initiatives like the US food stamp program – officially known as the Supplemental Nutritional Assistance Program (SNAP) which provides nutritional assistance to more than 45 million low-income families and saves children, the disabled and the elderly from going hungry – will be revised, but no doubt they are under threat.
In the pre-election campaigning, Trump made no secret of the fact that he is all about downsizing certain welfare and social projects. And, following his recent sweeping tax reforms, the President is reportedly eyeing welfare cuts, including those related to food, as his 2018 priorities. 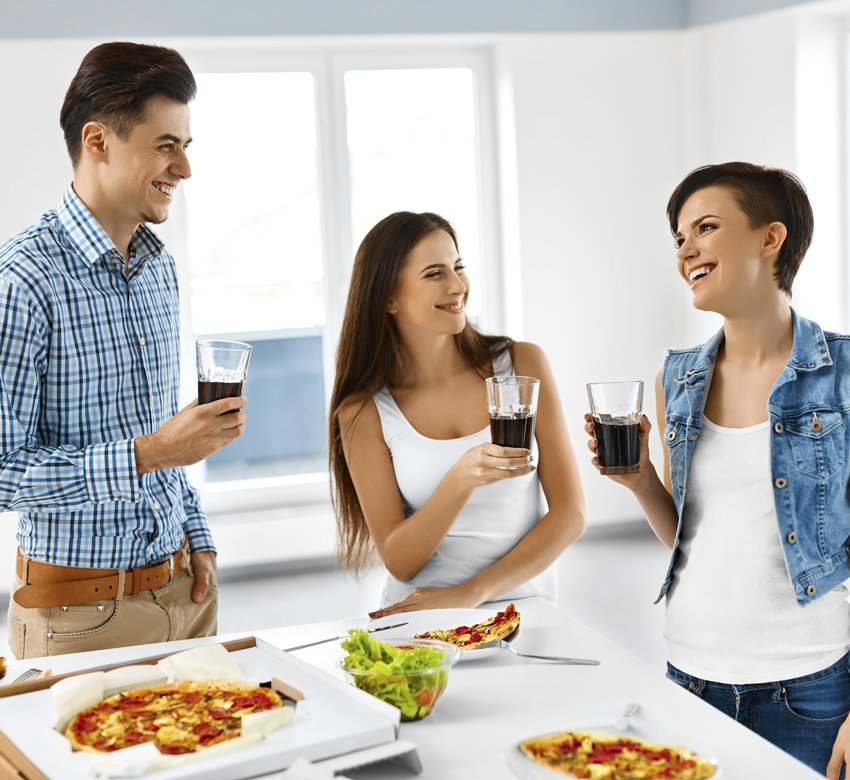 There were more than 42 million people receiving SNAP benefits like food stamps last year, according to the US Department of Agriculture, costing around US$58 billion. Trump’s proposal is to cut more than US$192 billion from SNAP over a decade.
How much more the public hears about welfare issues like this one before this November’s congressional elections, also remains to be seen. This is possibly because of a fear of a backlash in what is perceived to be a subject close to the heart of ordinary working-class blue-collar Americans.
Junk food & health
Do you remember during the 2016 US election campaign when Donald Trump tweeted a picture of himself from his plane ready to dive into a huge KFC bucket of chicken? It’s hardly the most infamous of his now daily controversial Tweets and social media provocative posts, but it was pretty revealing.
Much has been written in the international press about President’s Trump personal diet – his love of fast food and Diet Coke among them – and how his views on food and surrounding issues like nutrition, could impact actual policy.
Another change
The Trump administration has also withdrawn a proposed organic regulation that would have strengthened organic livestock and poultry practices following concerns from industry that the regulation would have been a step too far and amounted to over-regulation.
Organic producers have already made significant investments in infrastructure and facilities and so it was felt enough is already in place and consumers are satisfied with current organic credentials.
But the US National Farmers’ Union says the USDA decision to withdraw the Organic Livestock and Poultry Practices (OLPP) rule should be reversed immediately.
Currently, organic certifiers are inconsistently applying animal welfare standards to farming and ranching operations, says the NFU, which, in turn, endangers the organic label’s integrity and ultimately leads to consumer confusion over what practices the organic label represents.
The OLPP rule would have helped mitigate these concerns by standardizing organic livestock and poultry practices that producers need to meet for the voluntary National Organic Program (NOP).
Part 2 of this report can be read here.
By Gaynor Selby