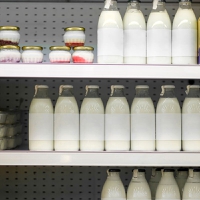 12 Aug 2019 --- Dairy cooperative Fonterra has said that writedowns would place the company in a NZ$590 million (US$381 million) to NZ$675 million (US$436 million) loss in the financial year just ended. CEO Miles Hurrell says that through the full yearly review of the business and efforts to prepare its financial statements for FY19, it has become clear that Fonterra needs to reduce the carrying value of several of its assets and take account of other one-off accounting adjustments, which total approximately NZ$820-860 million (US$529-555 million). The moves are “tough but necessary decisions” which reflect today’s realities, Hurrell notes.

“Since September 2018 we’ve been re-evaluating all investments, major assets and partnerships to ensure they still meet the co-operative’s needs. We are leaving no stone unturned in the work to turn our performance around. We have taken a hard look at our end-to-end business, including selling and reviewing the future of a number of assets that are no longer core to our strategy. The review process has also identified a small number of assets that we believe are overvalued, based on the outlook for their expected future returns,” he says.

“We made a commitment to provide information to update farmers and unit holders as it comes available. The numbers still need to be finalised and audited but we now have enough certainty overall to come out in advance of our annual results announcement in September,” he adds.

Hurrell says that the majority of the one-off accounting adjustments related to non-cash impairment charges on four specific assets and the divestments that the co-op has made this year as part of the portfolio review.In its New Zealand consumer business, the effect of operational challenges, along with a slower than planned recovery has resulted in Fonterra reassessing its future earnings.

“DPA Brazil, the New Zealand consumer business, China Farms and Australian Ingredients’ performance have been improving, but slower than expected and not at the level we had based our previous carrying values on,” he notes.

Accounting adjustments
Commenting on the one-off financial accounting adjustments, the company noted that the accounting valuation for DPA Brazil will be impaired by approximately NZ$200 million (US$129 million). This change is mainly due to the economic conditions in Brazil, which are improving, but consumer confidence and employment rates are not at the level required to support the sales volumes and price points the forecast cashflows were based on.

In Venezuela, the company has made an accounting adjustment of approximately NZ$135 million (US$87 million) relating primarily to the release of the adverse accumulated foreign currency translation reserve. This follows as a result of the previously announced sale of the company’s Venezuelan consumer business, and the closing of its small Venezuelan Ingredients business, due to the country’s economic and political instability.

Fonterra’s carrying value for China Farms will be impaired by approximately NZ$200 million (US$129 million) due to the slower than expected operating performance. The fresh milk category in China continues to look promising and is growing, the company says.

In its New Zealand consumer business, the compounding effect of operational challenges, along with a slower than planned recovery in its market share has resulted in Fonterra reassessing its future earnings. “We are now rebuilding this business and, as part of this, have sold Tip Top which allows the team to focus on its core business. The combined impact is a write-down of approximately US$200 million (US$129 million),” says Hurrell.

While in Australia, Hurrell notes that, “Our Australian Ingredients business is adapting to the new norm of continued drought, reduced domestic milk supply and aggressive competition in the Australian dairy industry. This includes closing our Dennington factory, which combined with writing off the goodwill in Australia Ingredients, results in a one-off impact of approximately NZ$70 million [this includes the NZ$50 million previously announced as part of the Dennington announcement].”

Reassurance from the company
“We’re in no doubt that farmers and unit holders will be rightly frustrated by these write-downs. I want to reassure them that they do not, in any way, impact our ability to continue to operate. Our cashflow remains strong, our debt has reduced and the underlying performance of the business for FY19 is in-line with our latest earnings guidance of 10-15 cents per share. We remain on track with our other targets relating to reducing capital expenditure and operating expenses,” Hurrell asserts.

Chairman John Monaghan said that in-light of the significant write-downs that reflect important accounting adjustments Fonterra needed to make, the Board had brought forward its decision on the full year dividend for FY19.

“We have made the call not to pay a dividend for FY19. Our owners’ livelihoods were front of mind when making this decision and we are well aware of the challenging environment farmers are operating in at the moment,” says Monaghan.

“Ultimately, we are charged with acting in the best long-term interests of the Co-op. The underlying performance of the business is in-line with the latest earnings guidance, but we cannot ignore the reported loss of NZ$590-$675 million once you look at the overall picture,” he concludes.

The news follows Fonterra’s announcement that it would sell a portion of its stake in China-based Beingmate Baby & Child Food Company Ltd, which is currently a shareholding of 18.8 percent.