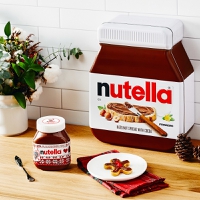 21 Dec 2020 --- The holiday season is upon us, bringing some comfort toward the end of a turbulent year. With lockdown measures continuing across the globe, festive NPD this year focuses on encouraging family moments in the kitchen. Highlights include non-alcoholic beer, DIY snacking and decorating kits with a festive twist.

Among the new holiday confectionary products launched globally, 77 percent are within the chocolate category.

“The UK was the leading country in the West Europe region with 28 percent of new holiday F&B products launched. Meanwhile, 20 percent of all Christmas products have a ‘free from’ claim in them such as gluten-free, vegan, vegetarian or lactose-free.” 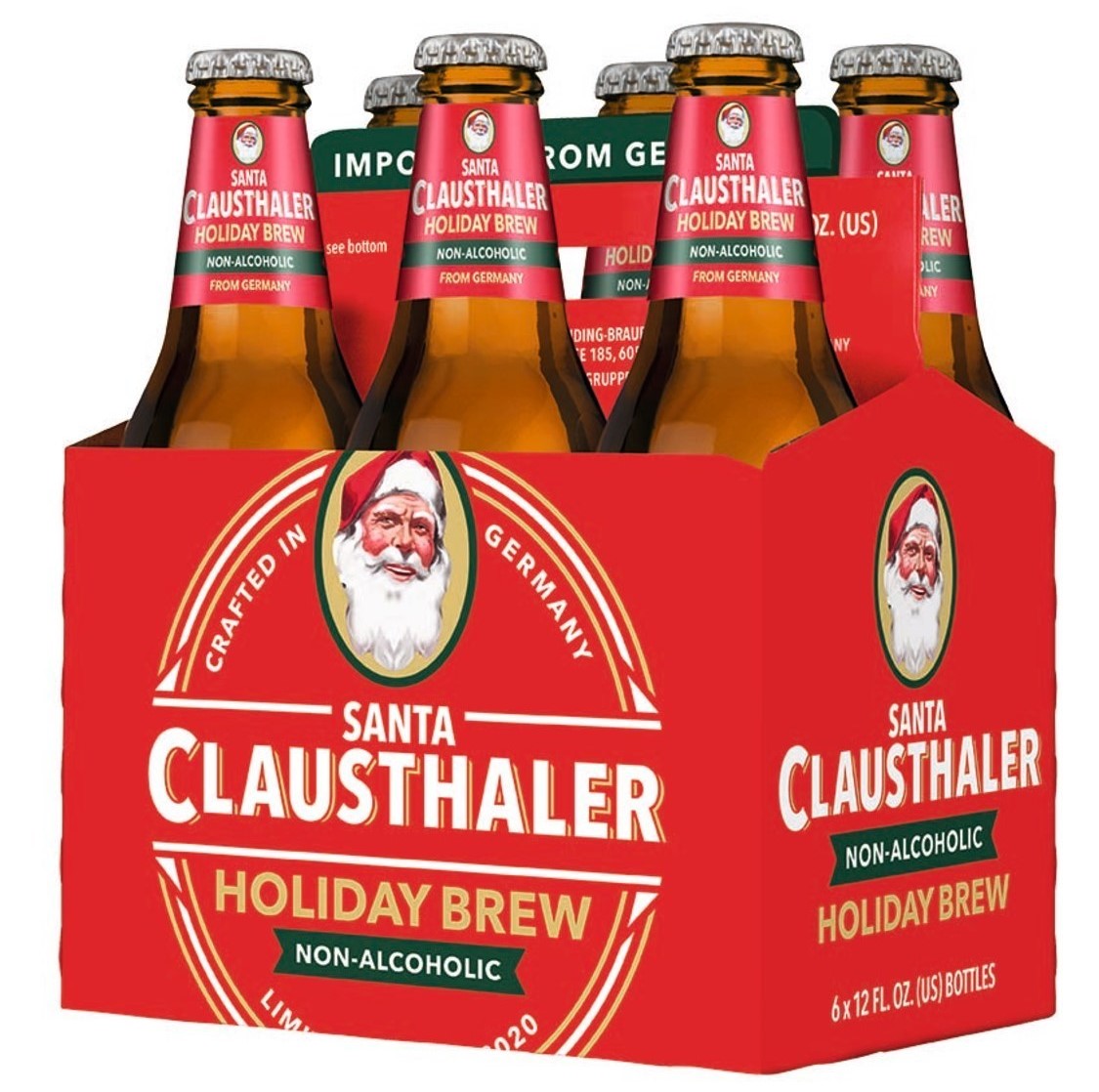 Santa Clausthaler by Radeberger Gruppe USA.Clausthaler is positioned as the pioneer in non-alcoholic brewing techniques, having patented a process 40 years ago known as “arrested fermentation.”

This method extracts ingredients during the brewing process just before it produces alcohol in beer, as compared to other non-alcoholic beers that remove the alcohol after brewing and some add water, which often reduces flavor.

The coffee and tea business has made global unity a key focus this festive season, with the launch of its holiday-themed hot beverage cups that are decorated with hanging ornaments inspired by shapes and patterns from around the world, such as the lotus flower, the Philippine Parol star and the Ramadan Fanous lantern.

All this is done to deepen the meaning of goodwill and “honor the diversity of the world,” the company notes 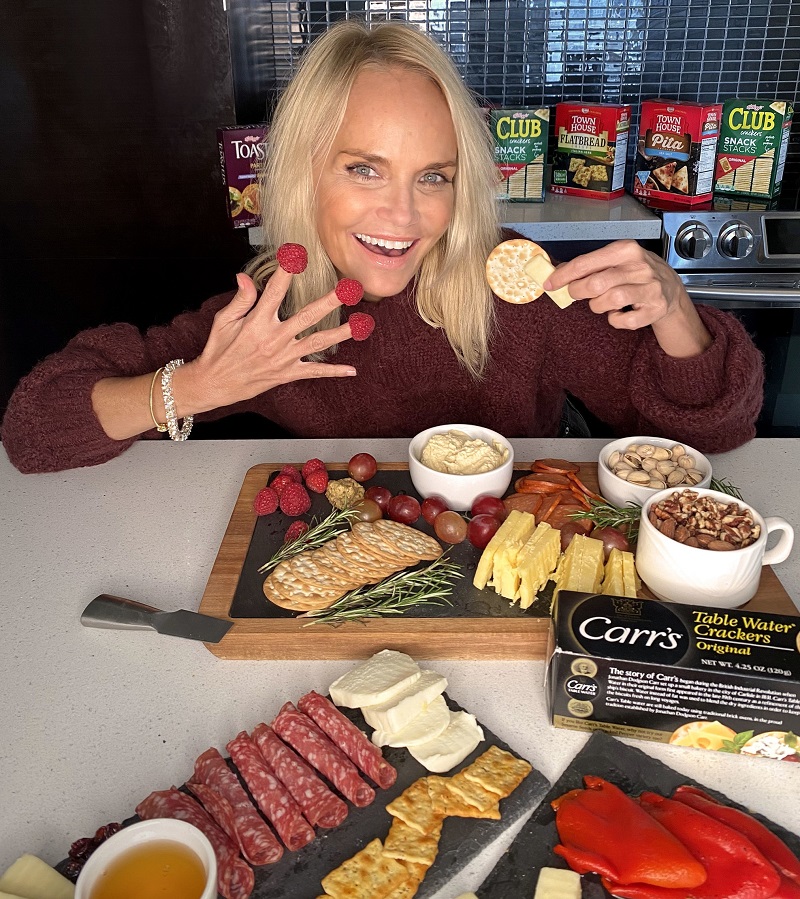 Kellogg’s teamed up with Kristin Chenoweth, to showcase how she assembles homemade meat and cheese platters.Designed to give families more opportunity to bond over shared experiences in the kitchen, the kit features key ingredients for a newly released Gingerbread Pancake recipe, gingerbread-shaped cutters and a specially marked Nutella holiday jar in a tin shaped like a Nutella jar.

Available virtually, each of the five platter recipes are simple to assemble. The company is collaborating with Kristin Chenoweth, to showcase how she assembles homemade meat and cheese platters.

Fun takes on holiday traditions include The Elf on the Shelf Fruit-flavored Snacks and Keebler’s Make-a-Wreath Cookie Decorating Kit.

The brand aims to encourage people to renew their old Christmas traditions and ways of celebrating, with the help of two UK hip hop artists to challenge the clichés – Kamakaze and TrueMendous.

The campaign’s associated out-of-home artwork features the artists’ lyrics from the TV advertisement, along with the references “Time for a Christmas Refresh” and “Out with the Old Taste the Bold.”

As part of the wider campaign, Pepsi MAX is showcasing the meaning of Christmas Refreshed across the winter months.

Lady M’s Winter Dreams is the patisserie’s first advent calendar.Meanwhile, Cheerios has remade an iconic holiday ad that originally aired in 1999, stemming from consumer excitement and engagement on TikTok.

The ad acknowledges that while this year’s holiday season will be different, it is more important than ever to connect with your loved ones.

In the original ad, a grandmother is seen in the kitchen sharing a story with her granddaughter that while the family may be spread all over the country, nothing was going to stop this grandmother from spending time with her grandchild on Christmas.

In the updated ad, the original grandmother, and original now grown-up granddaughter, still connect on Christmas morning but in “a very 2020 way.” The idea to recreate this ad was started on TikTok with a post in late November that referenced the 1999 ad. 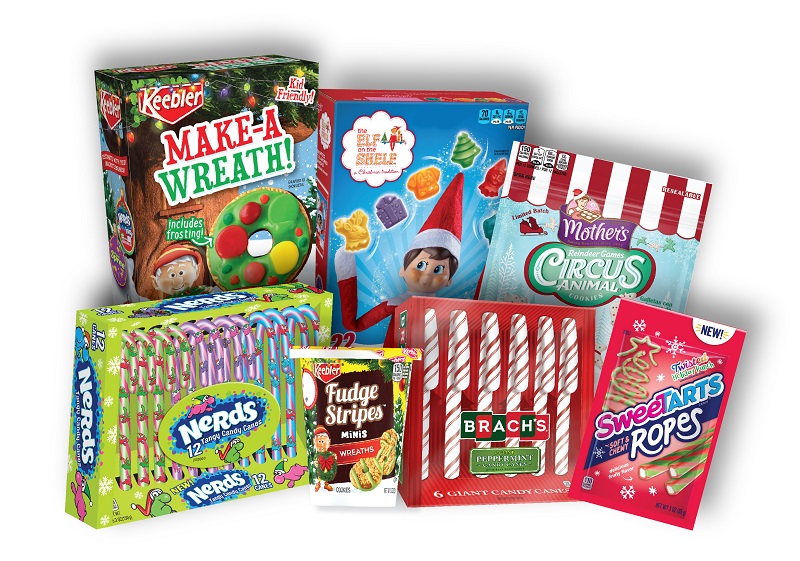 Ferrara Holiday Package.Meanwhile, fresh fruit arrangements company Edible and the Edible Bakeshop brand are collaborating with Grammy- and Tony-Award winner Leslie Odom Jr. to help consumers “Share the Sweetness” during the holidays with a gifting experience that bundles music and delicious treats.

Odom’s new holiday album, “The Christmas Album” – a collection of re-imagined holiday favorites and originals – will be available online as a digital download for purchase at Edible.com. The album is bundled with Edible’s arrangements, baked goods and other treats.

Feeding the community
Campbell’s Soup announced its commitment to preserve the “most magical winter rite of passage,” the snow day.

Through an online pledge on SavetheSnowDay.com, Campbell’s is calling on all who believe in shutting screens off and putting snow boots on to pledge their support to keep a cherished winter tradition alive.

With the sudden arrival of virtual classrooms and e-learning, for the first time in history, the snow day is facing extinction. Various school districts in snow-prone states have already cancelled snow days for the year.

“Following a difficult year for so many, it is so important to find those moments of comfort and joy,” says Linda Lee, chief marketing officer of meals and beverages at The Campbell Soup Company.

Campbell’s Save the Snow Day activity box.In the UK, John Lewis and Waitrose are teaming up to assist Britain’s struggling families amid the COVID-19 pandemic.

The retailers launched a major campaign to provide a lifeline for at least 100,000 families. The initiative supports the two charities of FareShare, which helps those facing food poverty, and Home-Start, which works with parents who need support. An appeal was launched in November aiming to raise £5 million (US$6.6 million) for the charities.

A further fund of over £1 million (US$1.3 million) has also been created to ensure all of the retailers’ shops will be actively partnering with FareShare and Home-Start and a range of local family charities in local communities.

Meanwhile, Waitrose and food delivery company Deliveroo launched a Christmas campaign, “Donate a Plate.” Waitrose customers on Deliveroo living in the UK can now make a donation of £3 (US$3.99) via the Waitrose menu on the Deliveroo app.

Customers will be asked to “donate a plate,” with the fare being enough to cover the cost of a number of hot meals through FareShare.

Accentuated appetites for foods fortified with functional benefits is growing the commercial potential for protein-boosted snacks into new product segments – such... Read More