You are in : All News > The future of labeling: Energy drinks maker and food lawyer back eco-labels as industry advances carbon claims

12 Aug 2022 --- Mandatory carbon labeling is seen by many in the F&B industry as a vital tool in the fight against climate change and crucial to consumers understanding the environmental impacts of foods they buy. FoodIngredientsFirst speaks with Huib van Bockel, CEO of Tenzing Natural Energy Drink – the world’s first soft drink to introduce carbon labeling and Katrina Anderson, a London-based food lawyer.

In response to FoodIngredientsFirst’s coverage on the power of eco-labels conducted by researchers at Oxford University, van Bockel believes that carbon labels are crucial for transparency and should have been mandated in the UK “yesterday.”

“Shoppers currently cannot judge the environmental impact of the food products they buy. A carbon label helps consumers to understand the eco-impact of each item in their basket – and in many cases, it would make people think twice about what they purchase.”

Tenzing Natural Energy Drink is the world’s first soft drink to introduce carbon labeling.Ultimately, he believes carbon labeling would force companies to disclose the environmental impact of their food production methods and “arm consumers with the knowledge they need to make informed choices when doing their weekly shop.”

According to van Bockel: “The process made us take full responsibility for our carbon footprint and was the catalyst to us becoming a Carbon Negative company, which means we now offset more carbon than we emit.”

“We spent a year understanding and minimizing our products’ environmental impact before implementing our carbon label,” he underscores.

Could a traffic light system be the answer?
Meanwhile, Anderson, a food lawyer at Osborne Clarke, responded to the labeling research and offered insights from a legal and regulatory perspective.

“This study provides a methodology for establishing how green a product is. This could, in principle, be used to create a score, or perhaps a traffic light system, to indicate greenness,” she explains.

“This will appeal to those food shoppers and consumer groups which want to empower people to make greener choices.” She also believes it could fit well with individual brand owners’ sustainable agendas.

There is already a traffic light system for salt, fat and sugar levels in the UK. Anderson comments on how a similar scheme could then work for carbon labeling: “There is always an argument that adding more information on to what tends to be in an already busy label could be confusing.”

“That said, the government does seem to be proposing to review labeling in the round to address both sustainability and childhood obesity issues, therefore fruitfully, this will result in one coherent approach to traffic lighting, which will help consumers understand both which products are likely to cause obesity and which products are sustainable.”

“However, since we have not yet seen any specific proposals, it is hard to judge at the moment,” she concedes.

Legal risk of adopting voluntary eco-labels
Anderson supports that more food manufacturers are looking for ways to communicate their sustainability credentials, and eco-labels are “potentially a good way to do this.”

“At the moment, such initiatives are voluntary; therefore, any food manufacturer that uses a voluntary eco-label takes on responsibility for ensuring it is not misleading to consumers,” she states.

“Until the eco-labels either become established to the point that regulators are happy they are not misleading or become a mandatory form of labeling, there will always be some legal risk in adopting voluntary eco-labels.”According to Anderson, mandatory green labeling rules are probably coming but “probably not for around three years.”

Meanwhile, there may also be concerns over the adoption of a voluntary approach as it will mean the brand owner will be responsible for labeling and ensuring it complies with existing Competition and Markets Authority (CMA) and Advertising Standards Authority (ASA) guidance, Anderson flags.

“This is important because combating greenwashing claims is a real focus for both regulators at the moment, and we are seeing a lot of enforcement,” she notes.

“Interested groups will likely challenge any scheme such as this. For example, the methodology says meat is less green than plant-based alternatives. We have already seen complaints to the ASA by groups challenging this assumption.”

Voluntary eco labels amount to greenwashing?
Any manufacturer using the scheme can expect to have claims looked at by regulators. The CMA and ASA have already announced a focus on food and beverage as part of their combating greenwashing agenda.

Moreover, the guidance issued by UK regulators tends to discourage the use of broad environmental claims or eco-labels because they are concerned that this can amount to greenwashing.

“Rather, they encourage more specific claims about environmental sustainability, such as e.g., water use or a reduced carbon footprint. Given UK regulators’ focus on the F&B market, we anticipate that this will shift away from general eco-labels to something more specifically focused on issues pertinent to that particular type of food or beverage,” Anderson further explains.

According to Anderson, mandatory green labeling rules are probably coming but “probably not for around three years.”

“We expect some manufacturers to introduce their voluntary eco-labels as a differentiator and promotional tool and to take the risk of enforcement.”

Anderson sees “a real desire” among UK consumers to buy more sustainable foods and beverages, so she believes it is a good move commercially. 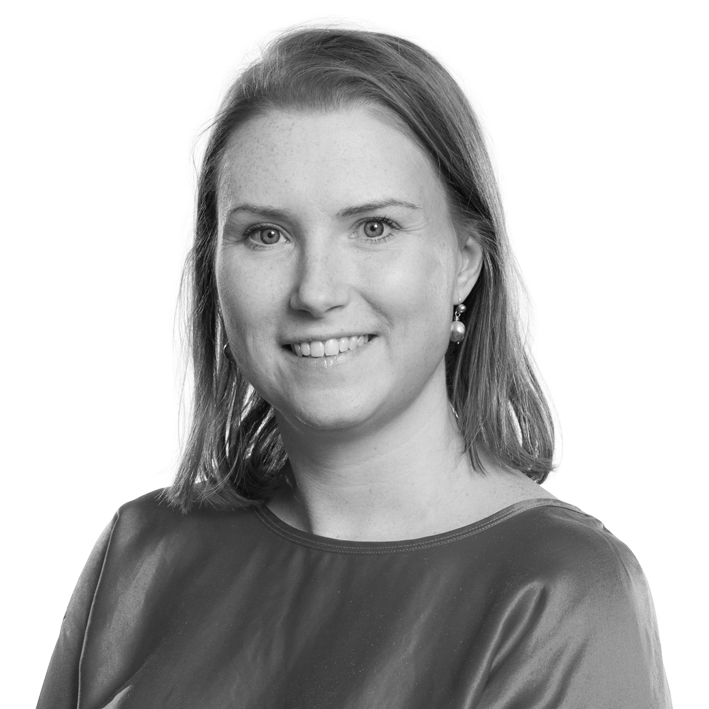 Anderson advises on a range of regulatory compliance issues including consumer protection, e-commerce, advertising and labeling.“However, both the CMA and ASA have announced that they will be scrutinizing environmental claims in the food and beverage space next year. So any eco-labels or other sustainable claims should be carefully reviewed for compliance to avoid enforcement,” she concludes.

Last year, Foodsteps, a food-tech start-up established by Cambridge University scientists and alumni, launched in the UK. It was the first British tech firm to provide carbon tracking and impact labeling to restaurants, caterers and food businesses.

Earlier this year, FoodIngredientsFirst reported that previous months have seen the wider implementation of consumer-facing schemes, such as eco-labeling, however, flagged that new faculties are not without their limitations.

Researchers at Finland’s Aalto University recently developed and tested a pilot app to help consumers evaluate their shopping choices and offer new insights about the impact of certain foods.