You are in : All News > Thai food sector sees string of investments worth US$184m, indicating confidence despite COVID-19 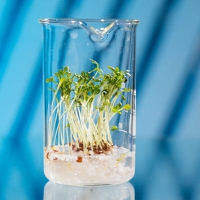 27 Jul 2020 --- In the first half of this year, up to ฿5.84 billion (US$184 million) worth of investment applications were filed for Thailand’s local food sector, according to the Thailand Board of Investment (BOI). The BOI underscores this as indicative of the nation’s ongoing recovery from COVID-19-related strains. The new string of investments comprises a focus on manufacturing health-oriented NPD, such as alternative meat products, plant-based proteins as well as longer shelf life and frozen products, which are seeing a spike in purchases amid the pandemic.

In the period of January 2019 to June 2020, international and local investors have filed 116 investment promotion applications for food processing and drinks manufacturing projects in Thailand, representing a total value of ฿18.8 billion (US$600 million).

Overall, the proportion of food exports to total shipments from Thailand jumped from 16 to 22 percent – a level that will likely be sustained in a post-COVID world, according to Pimchanok Vonkorpon, Director-General of the Commerce Ministry's trade policy and strategy office. “Food will undoubtedly be the star product of Thailand in the years to come,” he forecasts.

Ajinomoto, operating 11 factories in Thailand, was the first foreign investor to ever receive Thai government support. It has since branched out into the manufacturing of instant noodles, amino acid-based products for athletes, canned coffee, processed and frozen food, sold in both local and international markets. Other multinational food companies with major investments in Thailand include Nestle of Switzerland, Cargill, Kellogg’s and McCormick of the US and Yamamori of Japan.

Thailand is a top exporter of canned tuna, canned pineapple, sweet corn, coconut milk, cassava and durian. Thai exports rank second in the world in rice and sugar and among the top five in chicken and shrimp, according to the BOI. Although not a predominantly Muslim nation, it is the ninth largest exporter of halal products. It is also the eleventh largest global supplier of ready-to-eat meals.

Thailand is offering a suite of incentives to investors within its local food sector, including exemption of corporate income tax for up to eight years and “smart visas” that enable investors and key employees to stay in the country for up to four years. 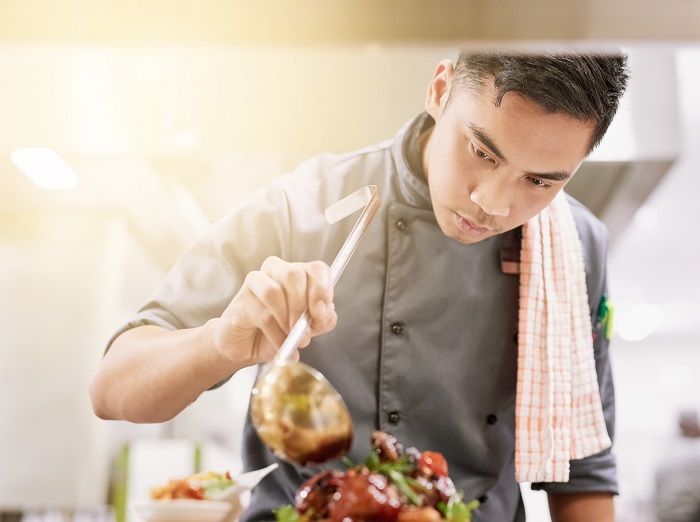 Click to EnlargeThai cuisine, with its prominent foothold in global markets, is appealing to stay-at-home consumers seeking travel experiences through eating.“Kitchen of the World”
Food industry revenues account for more than 20 percent of Thailand’s GDP and last year the value of food exports totalled US$33 billion, according to BOI data. Under the government’s “Thailand 4.0” strategy to become an innovation hub of Asia, the board highlights that high-tech food processing is one of the key industries the government has selected to promote.

“Thailand, with a population of almost 70 million, is Southeast Asia’s second largest economy and is one of the fortunate few countries in the world that can produce far more food than it consumes – including the world’s most sought-after staple, rice. The country is also at the center of the ASEAN economic community, a trade grouping of 650 million consumers,” the BOI spotlights.

Widely known as the “Kitchen of the World,” Thailand has a rich gastronomy that international consumers are familiar with. Thai specialties, such as aromatic Thai curries, stir-fries and fiery tom yam soups, can be found in restaurants across the globe. With many consumers’ travel plans this summer being curtailed, “geo-based taste desires” have notably seen a rise during the pandemic. Consumers unable to travel will want to experience the taste of other national cuisines to give them a sense of being away.

Gains for local industry
The BOI details: “The country’s food factories remain open and food supply chains intact. Even as economies around the world ground to a halt, international demand for many Thai food products actually increased. In May, Thailand’s agricultural and agro-industrial exports grew by 2.5 percent despite overall merchandise shipments falling due to severe disruptions in the global economy. Frozen and processed fruit and vegetable exports jumped by 83 percent.”

“Thai Union Group, a heavyweight seafood producer and owner of international brands, such as Chicken of the Sea and John West, saw its sales rise by 6 percent in the first quarter of 2020.”

“We believe in the future of Thailand and the future of the food industry in Thailand. We also believe in the opportunities in the world market and that’s why we are confident to make investments, especially in innovation and sustainability,” concludes Thiraphong Chansiri, President of Thai Union.

Headway in Asia’s F&B
Across the board, Asia’s F&B sector has seen rapid investments over the last year – particularly in the burgeoning alternative proteins space. Last month, Bühler and Tyson Foods took stake in elevating the region’s plant-based and cellular agriculture activities.

Also recently, Yum China Holdings partnered with plant-based innovator Beyond Meat to introduce the Beyond Burger as a limited-time offering at select KFC, Pizza Hut and Taco Bell locations in mainland China.

In other moves, Cargill expanded its chocolate footprint with the launch of its first manufacturing operation in India, while Synergy Flavors unveiled a new range of coffee flavors for the Asian market in response to surging demand.

COVID-19 drove up growth in fresh fruits and vegetables, juices and nectars in China, India and Indonesia, according to a March consumer survey conducted by Innova Market Insights. Personal health, as well as the health of family and friends, are the top priorities influencing purchasing decisions across all three Asian countries, during the pandemic.

19 Jan 2021 --- Throughout the global COVID-19 pandemic, FoodIngredientsFirst is dedicated to bringing its readers all the latest and most relevant industry updates. Visit this... Read More

19 Jan 2021 --- During the first UK lockdown of 2020, self-reported food waste levels in the country fell by 34 percent – the sharpest fall on record. That is according to... Read More

15 Jan 2021 --- Wellness, personalization, convenience and storytelling will dominate sports nutrition in 2021, according to FrieslandCampina Ingredients. The functional ingredient... Read More

15 Jan 2021 --- UK Environment Secretary George Eustice has praised the efforts of everyone working in the country’s food and drink supply chains. Describing them as the... Read More