You are in : All News > Taking cows out of the equation: Dairy-free cheese producer New Culture secures US$3.5m seed round funding 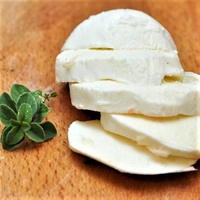 12 Sep 2019 --- New Culture, a San Francisco, US, start-up specializing in dairy-free cheese, has announced the closing of US$3.5 million in seed round funding. Founded late last year, the company uses fermentation instead of animal by-products in its technique. With the addition of plant-based fats, sugars and the traditional cheesemaking process, New Culture’s vegan cheese is “sustainable, healthy, ethical and indistinguishable from animal-based dairy cheese in taste, texture and function,” according to the company.

The seed funding round was led by Evolv Ventures, the US$100 million venture fund backed by Kraft Heinz investing in emerging tech companies focused on transforming the food industry. Other investors in the round include Bee Partners, Mayfield, CPT Capital, Boost VC and SOSV who followed on after its initial pre-seed investment through IndieBio.

New Culture will remain in the San Francisco Bay Area as it looks to set up an R&D and fermentation facility in the area while also growing its team. 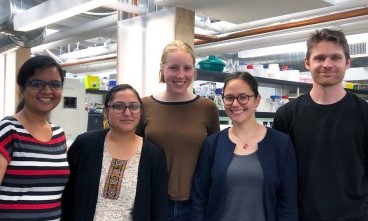 “Fully plant-based cheese doesn’t work, and we know why. It lacks the crucial component which gives dairy cheese its signature properties, and that is the casein micelle, a supramolecular structure of dairy proteins that are found only in mammalian milk,” says Radman. “We are developing the technology to make those casein micelles without involving animals in the process.”

“We want to disrupt one of the oldest and largest food industries in the world by producing a better dairy cheese for anyone to enjoy – whether you’re a cheese lover, lactose-intolerant, vegan, environmentally-conscious or health-conscious. The capital, knowledge and network our investors bring to New Culture enables us to begin doing that,” says Matt Gibson, CEO and co-founder of New Culture.

“We’re really excited about what the next 18 to 24 months hold for New Culture,” Gibson adds. “We are experiencing one of the most significant and important food movements of our time. We are fortunate to be in a position to join other fantastic companies in building a more efficient and sustainable global food industry.”

Milk-free dairy NPD booming
Beyond dairy, the space for dairy-free milks, cheeses, yogurts and ice creams has proliferated with adjunct NPD this year. Dairy companies are closely following developments in the lactose-free space, which captures the attention of a prominent consumer segment and is expected to flourish in the coming years. The plant-based dairy product market is growing steadily and more diversified products – with vitamin/mineral fortification, higher protein content and reduced sugar – hitting the shelves.

Contributing to this dynamic market, DuPont’s Danisco is offering a line of VEGE cultures – a new portfolio of cultures specially formulated for the plant-based fermented products market. Danisco VEGE cultures have been developed for a wide-ranging variety of plant-based raw materials, such as soy, coconut, nuts, oat, maize, rice, fruits and vegetables, to satisfy consumer taste and texture expectations.

In July, US start-up Perfect Day launched its limited-edition vegan and lactose-free ice cream made with flora-based dairy protein. This was the first time that the company – which specializes in the research, development and production of animal-free dairy –  released a product for consumers to taste. The proteins are identical to those found in cow’s milk but are created through a fermentation process similar to the manufacture of vitamins and amino acids.

Last June, Parmela Creamery, specializing in cultured plant-based cheeses, raised over US$1 million in a Series Seed financing round. The company distinguishes its dairy-free cashew milk cheeses as being made using traditional culturing and aging, which allows the products to develop their own authentic, rich and creamy flavors. Parmela's range of cheeses include meltable slices, meltable shreds, block forms, spreadable forms, nacho cheese and alfredo sauces.

In January, US yogurt maker Chobani debuted its first plant-based dairy products containing only natural ingredients, which are also low in sugar and are packed with probiotics. By entering the non-dairy space, the company, which spearheaded the US mainstreaming of Greek yogurt, sought to capitalize on consumers’ growing interest in plant-based alternatives to products traditionally derived from animal proteins.

13 May 2021 --- Nabati Foods Global, a plant-based food player, has completed the construction of a new manufacturing facility in Alberta, Canada. The new plant is five times... Read More

13 May 2021 --- A growing consumer focus on health, naturality and sustainability is driving innovation in the cheese market, according to French-headquartered dairy company... Read More

12 May 2021 --- There is no doubt the plant-based space is booming with many opportunities to develop innovative dairy-free alternatives. From oat-based milk to vegan cheese and... Read More