You are in : All News > Allulose potential: German start-up develops “real sugar without calories” 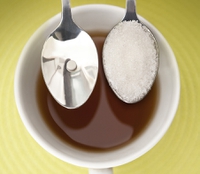 27 Jun 2018 --- German start-up Savanna Ingredients GmbH is producing initial quantities of allulose monosaccharide, also known as allulose, which is a rare but up and coming natural sugar that it positions as “real sugar without calories.” Allulose exists in very small quantities in nature. It can be found in foods such as figs, raisins, molasses and maple syrup.

Many people love real sugar just as it is – with the calories it contains naturally. In light of the ongoing nutritional debate, others would prefer it without calories and according to Savanna, it already exists.

Savanna Ingredient, based in Elsdorf, Germany (near Cologne), is owned by Pfeifer & Langen IHKG, a leading European food group and develops so-called functional carbohydrates, such as new types of sugar with specific characteristics.

Patents have registered for production methods on an industrial scale and Savanna Ingredients sees potential in the initial production stages of allulose.

According to Innova Market Insights data, allulose as an ingredient is still very niche. The number of new food & beverage launches tracked with allulose increased by +267 percent in 2017 compared with 2016, but it is important to stress that this is from an incredibly small base. More interesting is the fact that cereals and sugar and sweeteners are the leading market categories where allulose is featured as an ingredient. During the last four years, cereals and sugar and sweeteners are the top market categories for new food & beverages launches with allulose, both accounting for 36 percent of the products.

Innova Market Insights has tracked Quest Cereal Protein Bar Waffle Flavor (pictured, below) in the US, which contains the ingredient.

Meanwhile, and more recently, an American producer of grain-free/gluten-free, high protein and low carb food products, Know Foods, launched a range of Know Better Cookies in the US which feature allulose as an ingredient.

Managing Director at Savanna Ingredients, Dr. Timo Koch says: “Natural sugar without calories occurs in nature – but only in very small quantities to date. We have gained access to this way of nature and developed a method for producing real sugar without calories from sugar beets on a large scale – in other words, the ability to produce it for many people.”

“The actual debate on conscious nutrition focuses a great deal on the consumption of calories. With allulose, people will have the personal choice of consuming a natural sugar with its beloved characteristics – by avoiding calories. Stevia has disadvantages due to its taste too far away from real sugar. The same counts for its technological properties. Even sugar alcohols like erythritol and xylitol show properties, which differ significantly from a real sugar. Therefore we are convinced of a tremendous potential of allulose – it is a real sugar with the real taste of sugar. This is what so many people are longing for,” Dr. Koch tells FoodIngredientsFirst.

Suppliers on the market include Tate & Lyle, which in March 2017 announced a line extension to Dolcia Prima Allulose, a low-calorie sweetening solution that provides the full taste and enjoyment of sugar, but without all the calories.

Dolcia Prima Crystalline Allulose offers all of the same benefits as Dolcia Prima Allulose Syrup and opens up new categories and applications such as tabletop sweeteners, dry beverage and meal replacement mixes, fat-based creams and chocolate confectionery, according to Tate & Lyle.

Tate & Lyle's Dolcia Prima Allulose product is also approved for use and is available in the US, Mexico, Colombia, Chile and Costa Rica, enabling food and beverage manufacturers to create healthier products with the taste, sweetness and texture that are similar to that of sugar.

In February, Tate & Lyle scientists in Singapore helped to create a new and improved range of the celebration cakes for TungLok, providing the same great taste with at least 25 percent less sugar, fewer calories and additional dietary fiber.

Japanese modified starch and dietary fiber company Matsutani Chemical Industry Co. Ltd. has been involved in the development of allulose since the late 80’s with an inventor and founder of allulose production enzyme whose name is called Prof. Ken Izumori from Kagawa University. With approval for the sweetener now a reality in several markets, Matsutani which claims to be the largest producer of allulose globally, is looking to expand its reach.

The company offers a D-Allulose product, which is marketed as Astraea Allulose. In 2014, Astraea allulose was granted GRAS [generally regarded as safe] status by the US Food & Drug Administration (FDA) and that has meant that an increasing group of companies are willing to use the sweetener to replace/reduce the sugar content in their products.

Matsutani operates mostly in Japan. With the market now opening up for this ingredient in the US, Yuma Tani, Deputy Research & Development Manager also expects that the company will be manufacturing in the US soon. “We are looking as early as possible, but it depends on where the demand comes. If they are looking for it, we can build it quite soon,” he told The World of Food Ingredients, in an interview back in 2016.

Tani stresses that while allulose is a new sweetener to the market, it is one that is naturally present in sugar. “Allulose is just like glucose, fructose and some other sugars like galactose. Those are sugars that are available in nature. Basically, all humankind used to consume those sugars from different sources, so it has been consumed historically,” he says. But while allulose is naturally present, availability is very low.

Speaking to FoodIngredientsFirst, Tani says: “More countries like Singapore have approved allulose usage in different applications. I estimate that it could become a popular ingredient, but it may take some time.”

“Matsutani is proceeding with different projects and we’ve been investigating lots of new ideas. Whether it’s successful or not – we will see,” Tani reveals.

He does believe that the ingredient is on its way to Europe: “But it could take years,” he claims.

“No timeline can be estimated at this point,” Tani adds.

More companies and people in general are becoming aware of allulose and some unique applications have been found in markets such as Japanese sake, which contains allulose, says Tani.

“The market is growing, but it is hard to estimate whether it came from a trend or an actual demand for the ingredient,” he notes.

“From its perspective as a sweetener, allulose together with stevia has a very good sweetness profile with sucrose of physical properties like browning and bulking. New types of stevia come into the market, and allulose works with those high potency sweeteners like stevia,” stresses Tani.

When asked by FoodIngredientsFirst, do add detail on their processs and explain how it differs to competing allulose products? Dr. Koch, Savanna Ingredients, replies: “Our process is an enzymatic process with high efficiency. The overall process is more competitive than that of existing processes of competitors.”

Savanna Ingredients will soon apply for its approval as a foodstuff in Europe. Production capacities for the functional carbohydrates are currently being expanded at the Elsdorf site. Its taste and functional characteristics make allulose suitable for many different applications including beverages, bakery and dairy.

“Allulose has to be approved as a Novel Food by the European Commission based on an EFSA statement. Studies for the approval processes are in process,” he notes.

According to Dr. Koch, Savanna Ingredients will invest “an appropriate investment according to the product's high potential in the European market, in parallel to the process development a multi-ton scale plant is in planning.”

“We are prepared to build up production facilities according to the course of the European regulation process, even corresponding to developing market's demands.”

“The plant will start operation as soon as possible,” he adds.

The Federal Ministry for Food and Agriculture is funding the Savanna Ingredients research project in the framework of the national reduction strategy for fat, salt and sugar. As well as Savanna and the associated company Pfeifer & Langen GmbH & Co. KG, other companies and universities (RWTH Aachen, Hochschule  Ostwestfalen-Lippe) are involved.

Another Savanna Ingredients product is cellobiose. It can be used to replace lactose by people who are lactose intolerant. At the same time, cellobiose – also a natural sugar – has half the calories of sugar.

An alternative example of a natural sweetener that has got the industry talking, as it moves closer to its European debut is monk fruit. Monk fruit comes from the south of China and has been used for 600 years in Chinese medicine, as well as for making tea and juice. It has a sweet taste and flavor profile. The Food and Drug Administration (FDA) has deemed monk fruit to be generally recognized as safe (GRAS) for everyone, and according to supplier Layn, things are moving well.

Layn has been working on the dossier for almost a year and speaking to FoodIngredientsFirst, Luca Pennestri, says: “We are hoping to give good news to the industry within the year. The feedback we've had so far is positive, in the US and China, it has already been certified. We do see potential in different industries, such as beverages, it has a good taste profile and sweetening power. We can also apply in ice cream and bakery.”

You can view the video interview with Pennestri here.

“Sugar” from the sun: Start-up powers allulose with solar panels