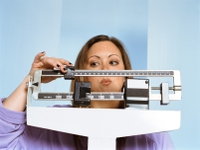 10 Jan 2017 --- Following a festive season of indulgence, January marks the dawn of the new diet for many consumers looking to tap into healthier eating habits and improve their well-being through personalized nutrition. And more than ever before, the underlying factors affecting diet trends are centered around healthier, more-thoughtful food and drink choices.

This shift in consumer attitudes, backed up by other drivers like a renewed desire for “real ingredients”, forces food and beverage manufacturers to innovate to meet the growing demands of health conscious consumers.

The British Dietetic Association (BDA) recently recognized that people’s fascination with food, health and fitness has skyrocketed. Whilst it welcomes the public’s health conscious attitude, it warned there are “seemingly endless amounts of diets out there all professing to be the key to a better you, with many diets claiming to be ‘healthy’ when in reality, they are anything but.”

FoodIngredientsFirst takes a closer look at what is trending this year and speaks with Dr Susan Short, public health nutritionist and spokeswoman for the BDA for a health perspective on the numerous diet options available.

We asked what advice she would give to consumers looking to make healthier changes to their diets and with all the information (and misinformation) out there, they are not sure where to start or what “type” of diet to follow.

“Make small sustainable changes you need to make forever. A lifelong eating pattern should be one that you can stick to for the long term, not just a quick fix. Have a wide variety of foods in appropriate portion sizes and eating foods high in fat, sugar and salt in small amounts and less often; as well as being physically active,” says Dr. Short.

“The British Dietetic Association has a number of food fact sheets available on their website for downloading, detailing a number of different food related topics and providing evidence based information, there is a specific one on weight loss too https://www.bda.uk.com/foodfacts/home.”

Low and no fat, sugar and salt
Food and beverage manufacturers continue to respond to the growing demand for 'free-from' food and reformulation is high on the agenda, often cutting out salt, sugar, fats etc. 2016 proved to be the year when ‘clean label’ really took off, and this shows no sign of waning throughout 2017.

At the same time the sugar debate will rage on this year as more governments around the world continue to push an agenda towards taxing sugar sweetened drinks leading to even more reformulations from the soft drinks industry. Dr Short believes that following a “free-from” plan has nutritional consequences.

“There is a growing thought that by excluding foods or food groups that it will improve health, reduce bloating or lead to weight loss. Following a “free-from” plan without a medical diagnosis can be dangerous in the long term and lead to nutritional deficiencies without correct guidance and supervision from a registered dietitian.”

“While cutting down on fat, sugar and salt in foods are beneficial, unless there is a medical diagnosed allergy or intolerance, there is no health benefits to using these products.”

“The BDA fully supports the sugar tax and sees this as a step in right direction, but recognizes that this should be part of a wider range of measures to address this issue. The government’s Childhood Obesity Plan released in August 2016 was disappointing, for example, by ignoring areas such as price promotion and advertising, despite strong evidence of their negative impact on child health.”

Plants, paleo and veganism
As veganism has increased 360 percent in the last ten years, it’s no wonder 2017 marks the year of the plant-based diet with fruit and veggies leading the pack when it comes to what types of diet trends and specific ingredients are kicking off 2017.

Last year in partnership with the Vegan Life Magazine, The Vegan Society commissioned research that found there were more than half a million vegans in the UK - three and a half times as many as estimated in 2006. This is set to increase in 2017 and beyond.

Things like plant-based proteins are becoming increasing popular, free-from labels show no signs of slowing down and functional or even medicinal food is trending as we kick off 2017. It’s important to remember that general food trends will be influencing so-called ‘diet’ trends so there is a lot of room for crossover in a variety of categories.

A spike in plant-proteins means more new product launches for cereal bars packed with paleo-friendly ingredients for instance or the growing number of people participating in ‘Meat-free Mondays’ or trying out vegan-friendly products and recipes means an extra push for fresh fruit and vegetables.

And on the retail side, supermarkets and grocers, particularly in the US and UK, stock up on pre-washed, pre-packed, pre-cut vegetables, or packaging innovations like steamer bags and salad kits. At the same time, the spiralizing trend continues to push up vegetable sales.

Another case in point is Sainsbury’s saying its seven varieties of cheese alternatives exceeded sales expectations by 300 percent in the first month after the launch last September. The line was developed following research indicating that the most longed-for dishes for shoppers with allergies and intolerances included pizza, cheese boards and cheesecake. More vegan-friendly lines are expected for this year.

FoodIngredientsFirst also spoke with founder of Ugg Food and CEO of The Paleo Society, Dr. Kim Lloyd, who has a lifelong interest in preventative medicine and the power of optimal nutrition. After 16 years in dentistry she moved into aesthetic medicine and became involved with the paleo movement after meeting nutritional anthropologist Geoff Bond.
“I founded the Paleo society as a social enterprise to provide a source of practical information and support to people. An effort to bring appreciation and attention to the science behind the paleo movement and the merit of respecting the ancient wisdom of our human development. Much of the research done in the past 20 years is not given enough attention. The lifetime work of Geoff Bond, our British scientist and expert advisor to the Paleo Society, is now becoming validated slowly but surely and receiving more and more attention,” she says.

“There is some confusion about what paleo means, many people incorrectly believe it is a meat based way of eating. This is not correct. True paleo means eating approximately 75 percent plant based food, non-starchy vegetables, fruit, seeds and tree nuts with the addition of compassionately reared/ free-range meat, fish and eggs. The food pattern our biochemistry came to expect as it evolved over thousands of years.”

“To me paleo meat, fish and eggs addresses the ethical concerns of the vegan community and makes eating an optimally healthy diet relatively easily. We are seeing much more organic and free-range produce within the food industry now and I believe education will influence market forces even more dramatically. This is an exciting time with many changes happening rapidly due to shared access to global information and resources.”

Geoff Bond also spoke with FoodIngredientsFirst claiming that 2017 could be the year that the movement really takes off.

“I have studied the origins of the human naturally adapted (i.e. ‘Paleo’) lifestyle for several decades. When I first started lecturing and writing about it in the 1990s, it was widely regarded as quirky and odd-ball. However, since 2010 we have seen a surging wave of popularity which, in my opinion, is still nowhere near its peak,” says Bond.

“Now we see mainstream media picking up on many of the Paleo precepts and, moreover, people have become accustomed to using the hunter-gatherer template as a reference point to justify (correctly or incorrectly) their lifestyle choices.”

“I think 2017 will see a rapid increase in this movement since it has, in my view, now reached take-off speed and is ready to fly.”

What’s next in line for superfood status?
When a product gets a reputation as a ‘superfood’, there seems to be no stopping sales (for a period of time at least) - think avocado, kale, berries. Whether this superfood status is worthy or not, the description resonates with consumers all over the world.

“Superfoods” often feature in the new diets when a New Year begins, so what’s hot for 2017?

Kale might be taking more of a backseat as a ‘superfood’ this year, as seaweed gains ground as a go-to high-protein ingredient. While plants seeds, particularly watermelon seeds, look set to become more popular this year, alongside turmeric as an ingredient because of its immune system boosting qualities.

Superfoods to watch out for in 2017 also include chaga mushrooms (said to be a medicinal mushroom with immune boosting properties), vitamin C and antioxidant-rich maqui berries and algaes packed with omega-3. Over the next 12 months there are bound to be more products claiming to be ‘superfoods’.

Israeli tech start-up Melodea is releasing two cellulose-based materials that it says can provide a viable solution to the world’s plastic waste crisis. Based on... Read More

Researchers from Denmark and Germany are exploring how the microscopic structure and changes in the shape of food affect its mouthfeel experience. The scientists... Read More

Symrise has opened an innovation lab co-located at Colworth Science Park in the UK. The on-site resources allow the local application specialists to “decode the... Read More

The barometer of food commodity prices in international markets rose for the fourth consecutive month in November, led by strong demand for wheat and dairy products, the... Read More