You are in : All News > Sonic seasoning: Researchers uncover sound’s impact on taste and smell perception

09 Sep 2021 --- Sound has the ability to impact taste and smell, rendering coffee more sweet or wine more acidic – even to trained sommeliers. These are some of the latest findings of Bruno Alejandro Mesz, professor at the National University of Tres de Febrero in Argentina, who researches food and music interactions.

Deeper understanding of how the brain processes these sensations together could help provide richer experiences to people who have impaired smell or taste – a common lingering side effect of COVID-19.

Mesz describes taste and smell perception-altering sounds as “a kind of sonic seasoning,” to FoodIngredientsFirst.

“These may enhance different components of flavor by bypassing the sensory organs of taste or smell and going more directly to the brain.”

Rough or harsh sounds may make coffee feel more astringent.Syncing synesthesia
Intuitively one tends to think that there should not be a transference of sensation from sound to taste, that tasting is independent from hearing, Mesz explains.

“But on the contrary, chemical senses seem to be very susceptible to be influenced by the other senses, and this makes one wonder about how independent the different senses really are, their underlying interconnections, attractions and convergences.”

Mesz’s research began as a collaboration with two physicists at the University of Buenos Aires who were drawn to synesthesia. As a freelance pianist, Mesz was keen to investigate the connection between sound and taste in particular.

“Taste is a natural extra-musical domain to consider in relation to music: we sing and taste with the same organs. Taste also has few basic categories, so it is an ideal field to explore associations with music empirically.”

Mesz recently presented his work during the third conference of the Handbook of Molecular Gastronomy (HMG) webinar series. He contributed a chapter on sound and taste for the comprehensive book that covers the science, art and technology related to food.

Recent findings
Looking into the basic taste categories, some associations emerged which held across different cultures.

“We devoted some studies to the crossmodal music-basic taste associations, for example, that sour is associated with fast, dissonant, high-pitched music.”

The work also found that bitter tastes seem to be linked with more bass tones.

“In a recent study on coffee and music, my colleagues Mara Galmarini, Clara Zamora and I observed that music that has high roughness – perceptually, an impression of ‘harshness’ in the sound – can make coffee feel more astringent.” 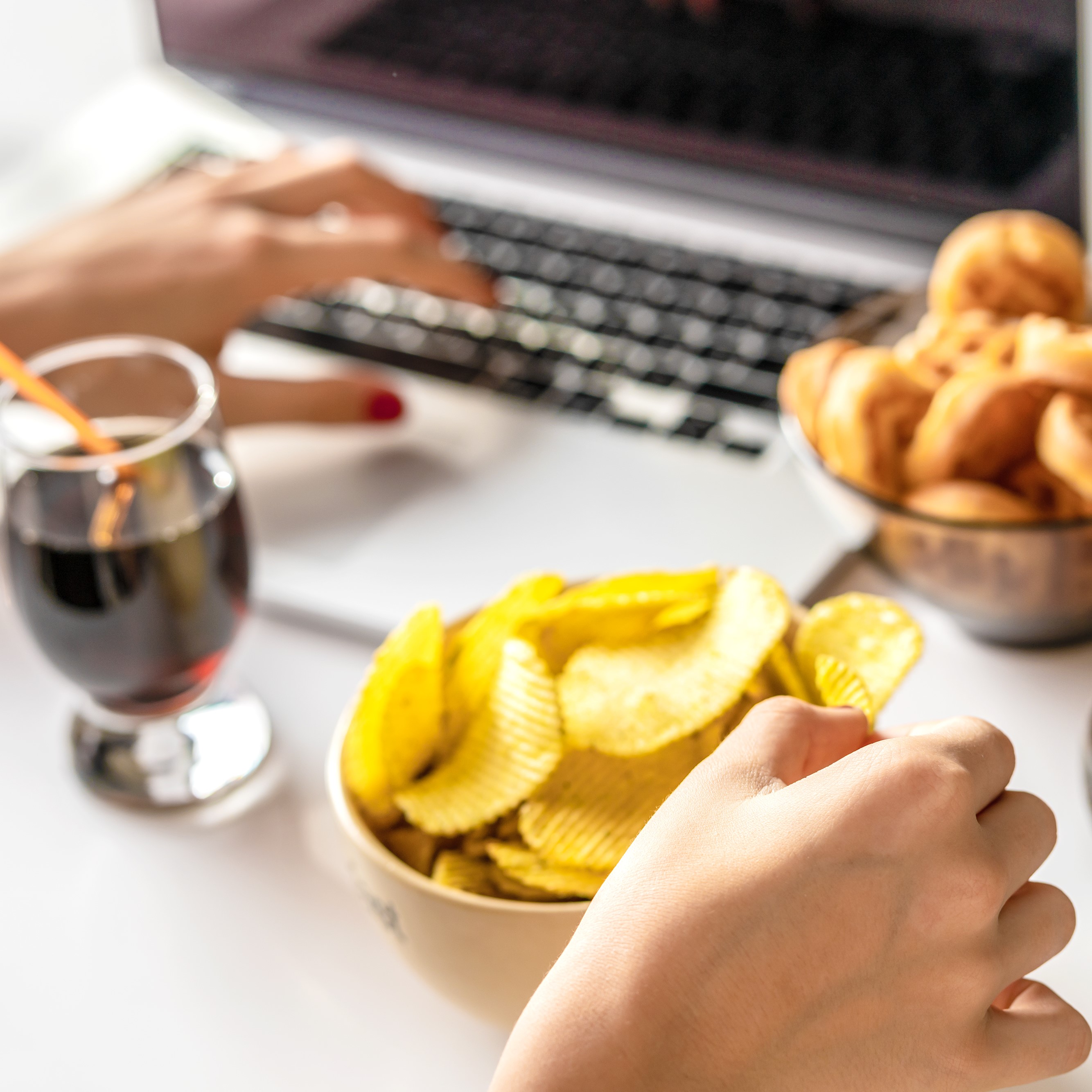 Higher-pitched mastication sounds made chips “feel crispier” in a study by Charles Spence.Matching up taste and music
Mesz adds that one of the most significant findings is that the “geometry of taste” seems to be related to the geometry of music.

“In our first study, musical representations of sour and sweet gave almost opposite vectors of musical features, with an angle of nearly 180 degrees. This seems to reflect, musically, a basic opposition of these two tastes.”

The analysis came from pianists improvising freely on a keyboard inspired by tastes, so the outcome was “not very predictable,” he adds.

Texturizing vibrations
Sound has also been shown in some cases to alter the experience of texture, which could have applications for consumers who have swallowing or chewing difficulties.

“Charles Spence has done pioneering work in this area, showing that you can modify the perception of crispiness in chips by altering the frequencies of sounds of mastication sent back through headphones. Higher-pitched mastication sounds made chips ‘feel crispier.’”

Other work by Felipe Reinoso Carvalho and others showed acoustic correlates of creaminess, he adds.

In fact, many aspects of sound are related to texture and tactile sensations beyond crispiness and creaminess. Roughness, astringency, effervescence, softness, hardness, wetness and dryness all play a role, asserts Mesz.

“In fact, these terms are also very common in the field of music and sound.”

Music may also have an impact on bacteria that ferments cheese and yogurt.Music to my cheese?
Music may also impact the production of food, specifically fermentation, which is a new angle of music-food interaction for Mesz.

Next week, he will travel to Finland to explore the potential effects of sound on bacteria that ferment cheese and yogurt.

The work will be done with Finnish researchers Anu Hopia, Sami Silen and Seppo Salminen and the Argentine researcher Gabriel Vinderola.

Looking ahead
Mesz explains that more exploration is needed to uncover the interaction between sound and food, especially when looking for applications for the sensory impaired.

“If we find similar effects for texture perception, it could be possible to do a similar sonic compensation for diets involving limitations on food textures, for instance in cases such as those of some elderly people that have to eat a bland diet.”

“Technology will be essential for these sensory substitutions to be more effective, allowing for instance, to synchronize sound and taste, the rhythms of the act of eating – such as chewing or taking sips. Breathing and smelling with the music can also play a role.”

He notes that future research may investigate vibrotactile stimuli induced by sound on the body. Sound combined with the visual texture of food packaging may also alter the eating experience.

Researchers from Denmark and Germany are exploring how the microscopic structure and changes in the shape of food affect its mouthfeel experience. The scientists... Read More

Consumer Physics, an Israeli start-up, has developed a portable solution enabling farmers, agronomists and seed producers with the capacity to analyze the moisture... Read More

New International Organization for Standardization (ISO) guidelines for defining, measuring and evaluating soundscapes are a big step forward in guiding the creation of... Read More