You are in : All News > SHIFT20: Industry is “only scratching the surface” of plant-based proteins

SHIFT20: Industry is “only scratching the surface” of plant-based proteins 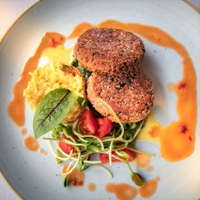 14 Jul 2020 --- While wheat and soy continue to dominate the plant-based space, there is a vast amount of knowledge from alternative proteins yet to be tapped. At the Institute of Food Technologists’ (IFT) online event, SHIFT20, this July 13 to 15, protein is in the spotlight with 26 sessions or scientific posters addressing plant-based proteins within the three days. FoodIngredientsFirst speaks with key suppliers and food technologists on the virtual floor to discover the most promising plant-based proteins of the future.

“Most commercially available plant protein ingredients we are producing comes from 2 percent of about 150 or so plant protein species that we use for the food supply. So there’s a lot of other plant sources available to explore and to identify. There is a lot of work to be done in this area,” says Dr. Anusha Samaranayaka, Lead Scientist of Proteins for Canada-based KeyLeaf, a wholly-owned subsidiary of Canopy Growth Corporation that specializes in hemp extraction and innovation.

Soy is still the largest source of plant-based proteins in the world, but unique attributes from alternative sources are gaining traction. Notably, starch and fiber from pulses can be added to extruded products. Meanwhile, chickpea and canola oil provide protein with added emulsification properties, while hemp protein is a suitable hypoallergenic, gut-friendly alternative, details Dr. Samaranayaka.

These are just some of the plant-based proteins on the forefront of innovation. 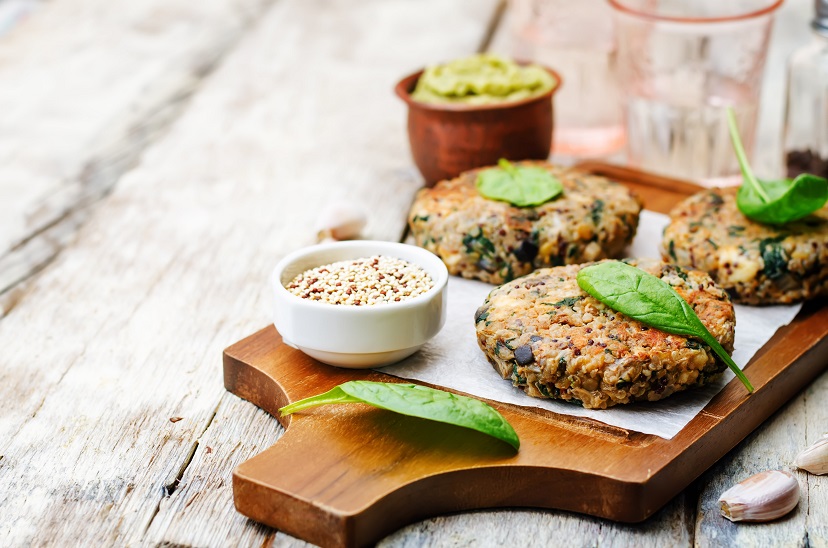 Pulses, hemp, seed oils and mycoproteins show promise for the next generation of plant-based proteins.“We know a lot about soy; we’ve been working with it for the longest time. As far as rice and pea go, we are just scratching the surface of how different they are – that can give foam and emulsion properties. We’ve identified some proteins that do well in high acid pHs, which will be interesting for juice applications,” says Rick Ray, Director of Food Technology at Axiom Foods.“Soy has been good in applications, but for pea and rice, there is so much fascinating work to be done. In the next six months and year, there are going to be a lot of new proteins coming out,” he adds.

Asim Syed, Director of Food Applications R&D at Brenntag tells FoodIngredientsFirst: “In the textured protein area, we are seeing research develop on chickpea and mycoprotein from mushrooms. I think in the future, wheat and soy will be a thing of the past. Things like lentil proteins, chickpea, hemp, chickpeas, and mycoproteins will be the proteins of the future.”

Lu Ann Williams, Director of Innovation at Innova Market Insights notes that the experience at SHIFT20 brought clear attention to the plant-based protein development beyond wheat and soy. “It’s too early to tell, but if I look back at even my experience yesterday at IFT and think about what’s coming on the market, I think we’re in to plant-based 3.0, so there will definitely be a continuation of product development. We’ve had a lot of soy technologies for a while, but now we see the technology and ingredients on offer, such as textured pulses and other proteins evolving.”

Just two years ago, Belgian producer of chicory and pea ingredients Cosucra estimated the North American market to be the biggest in the world in terms of plant-based proteins. This drove the 168-year-old, Belgium-based company to start its first subsidiary in North America. Cosucra is featuring its Pisane pea protein and Swelite pea cell-wall fiber during SHIFT20.

“Plant-based milk shows the highest penetration at 14 percent versus other plant-based dairy which is a one billion dollars market. During the unfortunate COVID-19 pandemic, we have seen continued interested in plant-based products,” adds Frank Truong, General Manager at Cosucra.

Zak Weston, Foodservice & Supply Chain Manager at The Good Food Institute notes that infrastructure and production capacity has not kept up with the fast-growing consumer demand. The ability to scale up and find more investors in this space would help the industry cope with the onslaught of interest from the public.

“We think there is an enormous number of benefits that will come from R&D and infrastructure investments throughout the supply chain in plant-based protein. That includes finding the best source materials and finding the best ways to optimize them for end use,” says Weston.

Choosing the right proteinPlant-based proteins are diversifying beyond wheat and soy.
Dr. Samaranayaka points out that if allergenicity is not an issue, there are strong reasons to continue the use of soy and wheat formulation. In wheat, great texture can be achieved, particularly through wheat gluten. One of soy’s most prominent attributes is its high performance on the Protein Digestibility Corrected Amino Acid Score (PDCAAS) score at 1, which is the maximum.

Digestibility and bioavailability of the protein is an important factor when choosing plant-based proteins, notes Dr. Samaranayaka who explains that extrusion often helps to increase digestibility. However, she advises food formulators to test after extrusion for possible protein oxidation or loss of amino acids or other nutrients. This is a means to avoid “empty calories.”

One of the biggest contenders in the plant-based space is pea. The ingredient, which is notable for its versatility, has applications across plant-based milk and meat to snacks and bakery. Pea protein has a functional advantage in extruded snacks, according to Truong.

“Extruded snacks is one of the areas in the bakery and snacking sectors that we see rising consumer interest in using pea protein. Not only because of its great technical performance, but it can give you more crispiness and gel strength through the extrusion process due to the addition of pea starch, which ensures that the consumers doesn’t end up with a bag of broken pieces,” Truong tells FoodIngredientsFirst.

Furthermore, pea protein has been shown to have a high nutritional value. “If you look at soy 1.0, our pisane pea protein is 0.94, which is at least 0.1 hirer than other pea manufacturers. Some of the other pulse protein has a PDCAAS of 0.5, 0.6. For nutritionally quality, it’s very close to soy protein,” says Truong.

Other pulses showing promise, outlined by Dr. Samaranayaka, include faba and mung beans, as well as chickpea, which she underscores has high gelling capacity. Lastly, she highlights seed oils such as cottonseed and sunflower as being another plant-based protein territory of exploration.

However, the best protein outcomes seem to come with combinations of protein blends, where missing amino acid profiles of some proteins fill the gaps of the other for a synergistic effect.

At SHIFT20, PLT Health is also highlighting its new Artesa Textured Pulse Protein made with chickpea flour and yellow pea protein. Getting into the seed oil space, Austrade has launched Heliaflor organic sunflower proteins, serving a variety of different applications, including baking and meat substitutes.

See an exclusive interview with Frank Truong, General Manager at Cosucra, which took place during SHIFT20.


Cosucra develops and produces naturally-sourced ingredients from locally grown chicory roots and peas. But we want to think about, more than just producing food ingredients. Thinking about food to improve it and make it better able to meet consumers’ expectations in the coming years. Working alongside clients from idea to launch, we deliver innovative solutions in a wide range of applications based on Inulin chicory fiber (Fibruline™), pea protein isolate (Pisane™), pea fiber (Swelite™) and pea starch (Nastar™). We think food better. Naturally.