You are in : All News > Severe drought in Northern Mexico sparks temporary production shutdown, moving brewing to the south

15 Aug 2022 --- Andrés Manuel López Obrador, president of Mexico, is demanding US beer producers move to the South and Southeast to preserve the country’s water resources. The move comes as the five million citizens of Monterrey, the second most populous city in Mexico, have no access to water during large parts of the day due to a severe drought.

As a result, Obrador states that the country will not give new licenses for beer manufacturing in the Northern regions.

In 2021, Mexico was the leading world exporter of beer, according to the state statistics agency INEGI, with 94% of the drinks heading to the US. Moreover, in 2019 the country exported US$5 billion in beer.

Northern Mexico is home to some of the largest beer factories in the world, including Corona – with a factory that can produce over a million bottles a day – Heineken, Modelo and Dos Equis.

Drought in Mexico
According to the Mexican National Water Commission, eight of Mexico’s 32 states are under moderate and extreme drought conditions, with 1,546 out of the 2,463 towns in the country suffering water shortages.

In mid-July, 48% of Mexico’s territory was under drought conditions, 20 percentual points over last year’s number. Forcing some residents to line up for water at government distribution points.

The South of Mexico has more water available, leading Obrador to proclaim that beer production should be moved there.

“This is not to say we’ll not produce any more beer, it’s to say that beer will not be produced in the north,” he says.

Offering his “total support” for manufacturers opting to move to the Southern regions.

“[Water] has to be prioritized and it has to be given to the people first, not water for companies,” Obrador underscores. 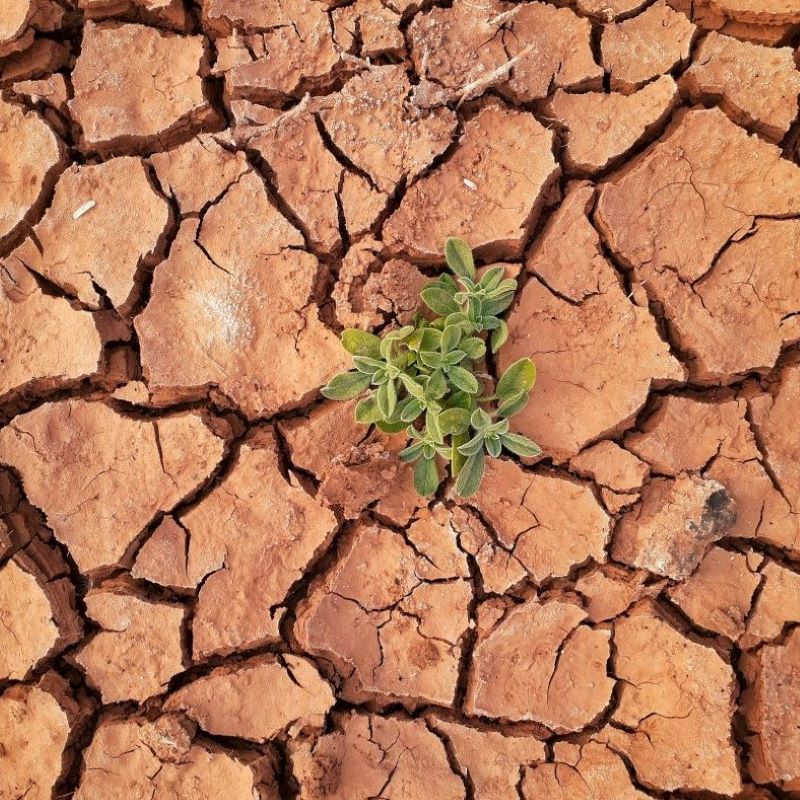 In mid-July, 48% of Mexico’s territory was under drought conditionsHeineken donates water
Beer company Heineken announced in July that it will give 20% of its water concession in the Northern Region of Nuevo León (home of Monterrey) to the government’s water company.

The company will also give a well and donate 7 million cans of water – 2.5 million liters of liquid – to local communities suffering shortages.

Furthermore, the country will dig and donate to the state a three million cubic liters of water well.

The parent company of Corona and Modelo was forced in March 2020 to cancel its Mexicali plant after a popular vote in the region, where three-quarters of participants voted against the construction.

At the time, the manufacturing plant was close to completion, being 70% built, and had received US$1.4 billion in funding.

After the project was canceled, Constellation Brands announced it was building a new plant in Veracruz, in the South of Mexico. The parent company expects to invest US$5.5 billion in Mexico between 2023 and 2026.

Constellation Brands achieved double-digit net sales increases in its latest quarterly report, thanks to Modelo Especial's and Corona Extra's solid performance. Its beer shipments are up 17.3% in the year until the end of May compared to 2021, with net sales of beer up 21%.

Sriracha shortage
The drought is affecting the quantity and quality of chili peppers in Mexico and California and New Mexico in the US.

This has provoked a halt in the production of Huy Fong’s Sriracha Hot Chili Sauce, Chili Garlic and Sambal Oelek condiments until at least September disruptions were set to occur.

Until then, the company is working at minimal capacity and not taking new orders.

Lucky Saint has secured over US$12.2 million in investment in a series A funding round, marking the first time a non-alcoholic beer has raised such a high amount in... Read More

Coffee buyers and connoisseurs are celebrating the major strides that Brazil has made in terms of scaling new bean varieties and sensory properties, in addition to key... Read More