You are in : All News > Researchers peg genetically modified rice as key to tackling food shortages caused by climate change

16 Jan 2023 --- Scientists at the University of Sheffield have discovered that genetically engineered rice with fewer stomata has better salt tolerance, allowing it to be grown in places it would otherwise fail.

The findings and new results that explore the number and size of stomata have been published in the New Phytologist. As concluded by the researchers, rice can be adapted to survive in environments that are becoming harsher due to climate change, which will help in tackling food insecurity around the globe.

Demand for rice
Rice is arguably the most essential food crop on earth – it is relied on by 3.5 billion people every day and 30% of the world’s freshwater supply is used to grow the crop.

As sea levels rise due to climate change, more and more places worldwide are struggling with seawater inundation – where salt water from the sea is flooding further inland and destroying crops that can’t cope with the increased salinity. 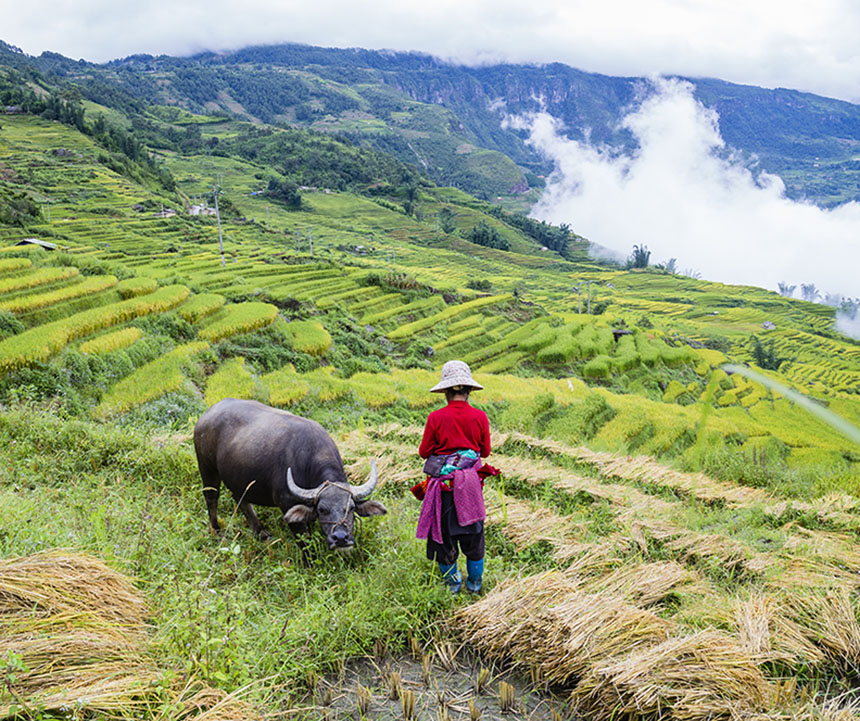 As sea levels rise, seawater reaches places it previously wouldn’t, causing increasing crop damage.Rice is one of the worst affected crops – arguably the most important carbohydrate on earth – but in countries like Vietnam, it is becoming harder to grow due to increasing seawater interference.

Dr. Robert Caine, lead author of the study from the University of Sheffield’s School of Biosciences, says: “Rice is a hugely important food crop eaten by over half the world’s population daily. Ensuring it can survive in harsher conditions caused by climate change will be integral to feeding a growing population that is projected to reach 10 billion in 60 years.”

“Our findings reveal how rice can be modified to grow as effectively as possible in different climates – varieties of rice with fewer stomata can survive with less water and in places with salt water.”

Stomata are openings that most plants have which regulate carbon dioxide uptake for photosynthesis and release water vapor.

Several years ago, Sheffield scientists revealed that reducing the number and size of stomata rice plants have allowed them to use up to 60% less water, making them hugely beneficial in places prone to drought.

The researchers also discovered, however, that reducing the number and size of stomata could make rice harder to grow in extremely hot temperatures. As a result, to make sure that rice can grow as effectively as possible in different countries and environments, additional modifications will need to be made.

For example – rice with fewer, larger stomata could be better suited to growing in hot temperatures.

The researchers from the University of Sheffield, working alongside the High Agricultural Technology Research Institute in Vietnam, studied 72 natural and genetically modified rice varieties.

They are now planning to investigate whether they can make dwarf rice varieties, which produce the highest crop yields, more heat-resistant.

Rice spotlighted
The food staple is a vital commodity across global food markets and continues to be in the F&B industry news spotlight.

A 29% increase in prices for long rice started last December, with price increases set to continue through 2023, according to UK’s Eurostar Commodities. Severe drought in the Northern Hemisphere hit the commodity hard.

Meanwhile, as risks to food security continue to weigh down economies, authorities have promoted caloric-dense rice as an alternative to inflation-impacted food staples.

Scientists are researching how to make the crop more resistant to climate adversity, and formulators’ interest in the ingredient regains intensity.