You are in : All News > Rice in focus: Asia’s top staple sees renewed demand and applicability amid skyrocketing wheat prices 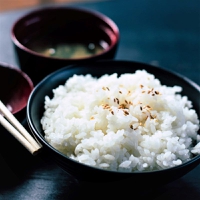 10 Oct 2022 --- As risks to food security continue to weigh down economies, authorities have turned to promoting caloric-dense rice as an alternative to inflation-impacted food staples. Furthermore, scientists are researching how to make the crop more resistant to climate adversity, and formulators’ interest in the ingredient regains intensity.

Cost of rising rice demand
However, as rice demands increase, so do prices. Increased rice use is also leading to unintended consequences, as countries like Liberia are experiencing a rice shortage, issuing a timely warning to international authorities.

During the last global food crisis in 2008, rice prices increased three-fold in four months, a historic price squeeze due to skyrocketing fuel prices and rice export bans that drove the commodity to record highs.

Currently, rice prices are under significant pressure, however the UN Food and Agriculture Organization (FAO) signals that the “sluggish” demand for the commodity won’t allow prices to boil over.

Eyes turn to Vietnam and Thailand, which are significantly boosting exports to feed the world. These efforts, nonetheless, have achieved mixed results as rice commodity prices have increased for the third month in a row, reaching an 18-month high.

Rice prices are 12.36% higher than a year ago.Rice prices climb
The UN FAO signals that rice prices rose this September to an 18-month high, as international prices jumped in parallel at the same rate – a 2.2% monthly acceleration.

However, according to FAO, wheat prices continue to be substantially more affected by inflation, being over 50% higher than a year ago, compared to rice which is 12.36% higher than in September 2021.

The rise in wheat prices is due to the “heightened uncertainty about the Black Sea Grain Initiative’s continuation beyond November and the potential impact on Ukraine’s exports,” explains FAO.

The paddy fields in Italy, the biggest European producer of rice, are expected to lose more than 30% of harvests this year due to severe drought. Meanwhile, rice prices keep increasing as India imposed a ban on broken rice exports in September. The nation is also battling 500% more rainfall than usual in October in some regions, threatening the ongoing rice harvest.

Accelerating the price escalation, Pakistan’s floods have caused undetermined damage to the country’s Indica rice production. On top of this, there have been evident disruptions to commodity transport in the country.

“Indica prices spearheaded this increase, rising in response to export policy changes in India, which fostered anticipation that buyers would turn to other rice suppliers. Marketing disruptions and production uncertainties stemming from severe floods in Pakistan added to the price firmness,” FAO notes.

“As income grows, per capita rice consumption is expected to decline as consumers substitute rice with high-cost quality food containing more protein and vitamins such as processed rice, vegetables, bread, fish and meat. Japan, Taiwan and the Republic of Korea have already made this transition,” say the study authors.

Other Asian countries are expected to follow in the long term. However, these declines will be offset by the population growth and additional income, increasing the net demand of rice to over 481.9 million tons by 2025 and 525 million tons by 2050, the Tottori University authors note.

High wheat prices, however, are prompting authorities to push up the production of rice fodder – with 45 out of 47 prefectures increasing production since last year.Rice’s low cooking times can also help save energy.

As Japan depends 90% on imported wheat – according to data from the Japanese Ministry of Agriculture, Forestry and Fisheries – transitioning to rice is expected to save millions for the country’s vaults, as the Yen has declined steeply against other commodities, most notably the US dollar.

China’s future rice
Farmers in the most populous country in the world have performed a field demonstration and technical session on water-saving and drought-resistant rice.

The demonstration also unveiled the cooperation of companies like the Fengda Group and universities like the Shanghai Agrobiological Gene Center to create collaboration between research institutes and enterprises.

Furthermore, technology titan Tencent is also exploring a partnership with the regional government for further cooperation, according to the Chinese authorities.

Applicability in scaling plant-based NPD
Korean plant-based brand Unlimeat has leveraged rice protein across its plant-based barbecue range, which is marketed across all its stores in China.

Each of the company’s four offerings use rice protein. Furthermore, the brand utilizes upcycled rice from rice bran produced after milling brown grain.

Roquette has made similar moves in scaling rice’s formulation applicability by extending the company’s portfolio and Nutralys brand based on rice protein.

Unlimeat’s and Roquette’s acknowledgment of rice’s utility reflects a broader shift in global F&B formulation. “With the war in Ukraine having a significant impact on the global price of wheat, companies could start to consider NPD in pasta and noodles alternatives to keep the price of this staple down,” states Innova Market Insights.

Rice’s low cooking times can also help save energy, as microwaveable pre-cooked rice is popular already, according to Innova. “But companies could look at how to cut the cooking time of other key carbs,” underscores the market researcher.

During the last global food crisis in 2008, rice prices increased three-fold in four months, a historic price squeeze.However, rice market value is expected to grow at a slower pace than noodles or pasta – 3.9% CAGR compared to 5.5% and 4.2% for the 2021-2023 period. Nonetheless, a 3.9% increase for rice translates to an added US$28.3 billion in global retail sales, compared to an added US$6.5 billion for noodles and US$2.7 billion for pasta, in the 2021 to 2023 period, according to Innova Market Insights.

Per capita consumption ranges from a global average of 1.5 kg for noodles, 5 kg for pasta and 37 kg for rice.

Liberia queues over rice
Liberia, which ranks 178th out of the 191 countries analyzed by the UN Human Development Index, is facing an acute rice shortage as prices have risen to US$25 for a 25 kg bag, doubling in the past six months. This is in a country where over a million people are living on less than US$2.15 per day.

As people in the nation queue to get rice, the UN calls for retailers not to hoard the commodity. The US is also increasing its food program in the country.

“In the new initiative, Liberia has recently been selected as a ‘feed the future’ focused country which will allow us, through the US Agency for International Development, to pursue even more programing to fight food insecurity, particularly with our existing agro-development activity,” says Michael McCarthy, US ambassador in the country.

The US is trying to develop rice hubs in the country to mass produce the commodity.