You are in : All News > “Record turnover” for the Uelzena Group in fiscal 2019

“Record turnover” for the Uelzena Group in fiscal 2019 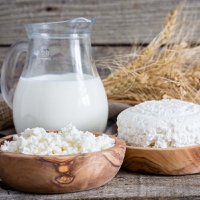 29 Jun 2020 --- In Uelzena Group’s annual financial overview, consolidated sales of €705 million (US$794 million) represents the company’s “highest turnover since its foundation.” A 21 percent growth delivered in the raw milk sector meant an additional raw material volume of 112,000 metric tons, while the overall delivery was 638,000 metric tons. This increased volume is attributed to new milk producers joining the group’s member cooperatives and also represents its largest processing volume to date.

Sales were largely positive in all product groups, the company notes. While all main product groups recorded increases and with a total volume of 243,900 metric tons, sales were nearly 12,800 tons above that of the previous year. Milk powder and milk fats featured the greatest increases along with specialist products.

The 2019 payout price of Uelzena at €0.34/kg was nearly €0.11 cents/kg above that of the previous year, and also above the national German average. All sites received further investments as part of the Uelzena’s modernization and expansion program and the balance sheet total therefore far exceeded that of previous years, the company states.

In figures, a total of close to €224 million (US$252 million) was reported, which equates to an increase over the previous year of about €14 million (US$16 million). The equity ratio achieved a solid 38.5 percent and is important to ensure funding and the implementation of further investment programmes.

Expansion and modernization measures
Construction measures to implement the milk powder concept were carried out at the Uelzena site and the milk powder and evaporator plant was completed. The investments help to create a more productive and resource-saving production process as well as contribute to reducing dust and noise emissions. The investments had a combined value of nearly €15 million (US$17 million). The company notes modernization was carried out and investments were made at the three other sites to contribute positively to the energy balance.

In the Uelzena Group, raw material procurement focused naturally on raw milk. In the financial year, this raw material was almost entirely produced within a radius of 150 km of Uelzena’s production sites by dairy farmers of the cooperative members. “The current year will see the second round of the questionnaire for milk producers within the QM sustainability module milk, which should provide information on the improvement in sustainable milk production,” the company envisions.

Last May, Uelzena announced a move to acquire a 50 percent stake in Biohealth International, Münchberg (BHI) and integrate its Nutrineo health food solutions business division into the joint company.