You are in : All News > Public health efforts reducing sodium in diets are “warranted” after research links salt intake to premature death 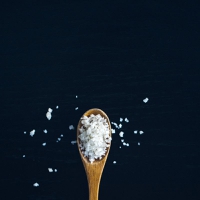 12 Jul 2022 --- Consumers who always add salt to their food have a 28% higher risk of dying prematurely compared to those who never – or rarely – add salt, a study has revealed. The findings are yet another nail on the head in making salt reduction policies mandatory, argues Sonia Pombo, campaign manager at Action on Salt.

The research is “the first to assess the relation between adding salt to foods and premature death”, according to lead researcher Dr. Lu Qi, professor and distinguished chair, Tulane University (US).

NutritionInsight speaks to Pombo and the scientists from both studies on the impact of these findings and how these can shape policy and public health.

“There is overwhelming evidence linking too much salt to raised blood pressure, which is the single biggest risk factor for strokes and cardiovascular disease,” Pombo stresses.

Linking salt and death?
The new research revealing the link between salt and premature death, published in the European Heart Journal, followed 501,379 people for nine years. This longitudinal study included over half (52%) women, and the participants averaged about 56.5 years of age.

The investigation also found that women and men who always add salt to their foods lost 1.5 and 2.3 years from their expected lifespans, respectively.

“The study provides novel evidence to support recommendations to modify eating behaviors for improving health. Even a modest reduction in sodium intake, by adding less or no salt to food at the table, is likely to result in substantial health benefits, especially when it is achieved in the general population,” Qi highlights.

Testing efficacies of the Chinese heart-healthy dietThe studies found that lowering salt intake reduced blood pressure while adding salt at the table decreased lifespans.
The findings were published at the heels of a separate study conducted by a team of researchers at Peking University, which revealed that a diet of Chinese heart-healthy cuisine (CHH) lowered blood pressure.

“The Chinese Heart-Healthy Diet had a net effect in lowering systolic blood pressure,” explains Yangfeng Wu, professor, epidemiology of sciences in clinical research, Peking University. “The effect was compatible with antihypertensive medications and should give both patients and doctors the confidence in healthy diets for prevention and treatment of hypertension and its related cardiovascular diseases.”

The diet was developed conforming to Shangdong, Huaiyang, Cantonese and Szechuan regional cuisines.

“Healthy Western diets such as DASH and Mediterranean have been developed and proven to help lower blood pressure. However, until now, there has not been a proven heart-healthy diet developed to fit into traditional Chinese cuisine,” Wu adds.

Public health intervention
High blood pressure has long been associated with stroke and other cardiovascular diseases.

Commenting on the impact of the CHH diet, American Heart Association volunteer expert Lawrence Appel says: “The results of this trial are truly impressive and provide a roadmap on healthy eating to people consuming a variety of Chinese cuisines.”

“Major public health efforts are warranted in order to ‘scale up’ throughout China in order to achieve population-wide reductions in blood pressure.”

According to Pombo, encouraging people to use less salt in cooking is helpful, but with most of the foods already having added salt (up to 75%), “the best policies to reduce population salt intakes would be to encourage food companies to reformulate their foods to contain less salt.”

Focus on fruits and vegetablesGovernment regulation may help as Dr. Wu notes that education alone is not enough to change people’s lifestyles.
Both studies found that eating lots of fruits and vegetables may be a key element in reducing both premature death and lowering blood pressure.

“Humans need sodium from salt to maintain health; however, excess salt intake may be harmful,” says Qi.“Our data suggest high intake of vegetables and fruits which are rich in potassium may attenuate the adverse relations between adding salt and mortality.”

Moreover, Wu notes that the principles of the CHH are quite easy to follow and could easily be adapted to fit any type of cuisine. “Basically, salt for cooking should be reduced towards 5 g daily as much as possible without losing too much flavor,” he explains.

“Second, use all possible ways to increase food flavor, such as onions, pepper, ginger, etc. Salt substitutes can also be used to help keep the food flavor not changed much. Third, increase fruits and vegetables, whole grains, foods with high fiber, nuts and beans, and reduce fat intake, particularly those with saturated fat.”

Wu’s study also found that the CHH diet could be achieved at a modest price point. The study noted that the addition of the CHH, on average, only cost an additional US$0.60 per day, per person.

Ditch the salt, but not all of it
Though both of these studies reveal that reducing salt seems to be of dire importance to both individual and public health, they also note that there is no need to ditch salt completely.

“Adding salt to foods at the table is a common eating behavior that is directly related to an individual’s long-term preference for salty-tasting foods and habitual salt intake,” says Qi. The problem, he says, is that “in the Western diet, adding salt at the table accounts for 6-20% of total salt intake.”Action On Salt notes that the “Achilles heel” of the UK salt reduction production is its voluntary nature.

Both studies agree that reducing salt and even using salt substitutes are good ways to decrease sodium consumption. Products touting reduced or lower sodium claims have increased 8.3% from the mid-2000’s, and Innova Market Insights has noted continuous launches of reduced-sodium cooking solutions.

Furthermore, recent studies have shown that, given time, taste buds can easily adapt to the flavor profiles of a low sodium diet. The WHO set salt benchmarks last year as part of their initiative to lower sodium levels by 30% within 60 different food categories by 2025. Taking action

An important element of a successful salt reduction strategy from a policy perspective lies in public awareness campaigns, Pombo underscores.

“Campaigns help drive reformulation work to meet consumer demand. They should be focused on the effects of salt on health and the levels of salt in supermarket and restaurant food. A successful campaign should also be issued every year to maintain awareness and understanding.”

Currently, salt plays a key role for flavor, Wu elaborates. “To reduce salt for health, it often means there is a need to tolerate a diet or foods with poor taste. Thus, salt reduction by just health education had little effect.”

“Although taking too much salt is unhealthy, it is also not necessary to practice abstinence. In fact, the WHO recommended taking less than 5 g of salt (2000 mg sodium) per day for an adult should be fine.”

The CHH cut sodium intake by half, down to less than 3,000 mg. “This is still higher than the recommended target but the effect we achieved was satisfactory and the food taste was kept well enough that study subjects like them.”

Intervention may be needed
Though individuals must ultimately monitor their own salt intake, some hold that the system is rigged against the consumer. Groups like Action On Salt have been steadily decrying the inefficiencies of food labeling systems, recently revealing that up 55% of supposedly “healthy” snacks were packed with sodium.

Other organizations, such as the European Food Safety Authority, are looking to institute mandatory labeling practices that highlight high fat, salt and sugar content of packaged foods. For its part, the US Food and Drug Administration recently overhauled ten years of dietary guidance in order to reduce the amount of salt consumed in school meals.

“Salt reduction has been a feature of UK food policy for two decades and is accepted globally as a cost-effective strategy to improve public health,” Pombo notes.

“In 2004, the Food Standards Agency developed a program of salt reduction, calling on food manufacturers to gradually and unobtrusively reduce the amount of salt added to processed food.”

“At the height of its success, the salt-reduction model saw UK food businesses reducing the salt content of foods by 30-50%,” she adds. “By 2011, population salt intake had fallen by 15%, accompanied by falls in average blood pressure and deaths from stroke and heart disease.”

“But its Achilles heel was its voluntary nature. Under the Food Standards Agency, salt reduction thrived, but a change in parliamentary hands gave the food industry full rein to police themselves. As a result, no significant reductions in population salt intakes have been made since 2011.”

“In its current form, the UK salt reduction program is no longer fit for purpose. What’s needed now is mandatory, comprehensive salt reduction targets which would require all companies to work towards the same standards. We’ve seen examples of successful mandatory salt reduction policies around the world, such as South Africa. The same approach should now be set in the UK.”

By William Bradford Nichols, with additional reporting from Andria Kades

After developing electrified salt-inducing chopsticks earlier this year, Kirin Holdings and the Miyashita Laboratory at Meiji University have brought their salt... Read More

Cutting salt intake by just one gram per day could save four million lives in China, experts flag

A new study has revealed that reducing salt intake by just 1g a day could prevent over nine million heart attacks and strokes in China – the country with the... Read More