You are in : All News > Protecting flour from pathogens: Agri-Neo unveils “first-of-its kind” organic technology 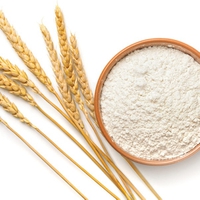 05 Nov 2019 --- Canada-based food safety specialist Agri-Neo has unveiled what is marketed as industry’s first organic, non-thermal food safety technology that eliminates harmful pathogens in flour. Coined Neo-Temper, the organic solution is said to “seamlessly integrate” into the standard tempering process during milling and provides a validated >99.9 percent microbial reduction for both hard and soft flours while maintaining their nutritional and functional qualities. The innovation has been approved as a processing aid in both the US and Canada.

“Neo-Temper is a proprietary combination of organic acids applied directly to wheat during the tempering phase of the flour milling process to control pathogens both on the surface, and in harborage areas such as cracks and crevices,” Rob Wong, Co-Founder and President of Agri-Neo tells FoodIngredientsFirst.

“After Neo-Temper breaks down pathogens, it biodegrades completely. The materials Neo-Temper draws upon can be found naturally in the environment, so it has been approved by the US National Organic Program and the Canada Organic Regime to be used in certified organic production,” he adds.

According to the US Food and Drug Administration (FDA), there have been 11 flour recalls in 2019 due to the presence – or potential presence – of pathogens including E. coli and Salmonella. As a result, thousands of bags of flour were removed from grocery stores nationwide, costing brands an average of more than US$10 million per recall to cover activities such as communicating across the supply chain, retrieving and handling the recalled product, investigating the event and implementing corrective actions to prevent reoccurrence.

“Flour is a top-three food staple in our daily lives, yet to date the industry has not had a commercially viable solution to address the recurring number of flour recalls we are seeing due to E.coli and Salmonella contamination within this highly consumed ingredient,” adds Wong. “We are excited to stop these unfortunate and unacceptable incidents by offering millers a scientifically-proven solution that will finally protect flour and the health and well-being of consumers.”

Agri-Neo highlights that while some companies have tried to combat pathogens through heat treatment of flour, this process has remained a niche solution due to several factors, including the associated high costs and manufacturing footprint of equipment, additional steps required in the milling process and negative effects on flour’s visco-elastic gluten properties, which is needed for baked goods, like bread, to rise.

“Neo-Temper is a fraction of the cost of heat-treated flour, which is prohibitively expensive and degrades quality and functionality. Furthermore, it does not require a major equipment purchase, as it seamlessly integrates into the existing tempering step of the flour milling process. A commercial flour mill can be set up to use Neo-Temper in a matter of a few hours,” explains Wong.

To date, Agri-Neo has completed four commercial validations of Neo-Temper in major commercial flour mills in both the US and Canada, with a waiting list for additional North American millers expressing interest in the solution.

Click to EnlargeIn addition to Neo-Temper, Agri-Neo also manufactures Neo-Pure – an organic, non-thermal pasteurization system. Neo-Temper functionalities
The Neo-Temper process starts by mixing an organic liquid solution with the water deployed during the tempering process. This technique uniformly destroys pathogens, such as E. coli and Salmonella on the wheatberry’s surface and in cracks and crevices that can harbor pathogens. As the process does not use heat, it also preserves the natural nutrition, integrity and functionality of flour, outlines Agri-Neo.

Once the process is complete, the liquid solution completely biodegrades, so it is approved by regulators as a processing aid, with no labeling requirements. “An important part of Neo-Temper’s value proposition is that it can be done on a mass scale,” said Wong.

Additionally, Neo-Temper is certified organic to the standards of the US National Organic Program and Canada Organic Regime, and meets Kosher and Halal guidelines.

In addition to Neo-Temper, Agri-Neo also specializes in Neo-Pure – an organic, non-thermal pasteurization system that keeps raw food “truly raw without any compromises.” Applied using a misting system, Neo-Pure is designed to kill spoilage microorganisms, such as mold and yeast, such as nuts, seeds, grains and other low-moisture foods.

“Low-moisture foods are often considered a low-risk in food safety. However, pathogenic microorganisms such as Salmonella can survive under dry conditions for several months or even years,” notes Agri-Neo.

21 Jan 2021 --- Corbion will increase its capacity for producing lactic acid in North America by around 40 percent in response to the growing demand for natural food preservation... Read More

14 Jan 2021 --- Yellow mealworms (Tenebrio molitor) have crossed a significant regulatory hurdle as Europe’s first insect to be identified as safe for consumption, which may... Read More