You are in : All News > PPG Industries Sweetens Offer for AkzoNobel to $29 Billion 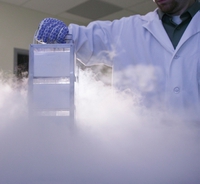 In response, Akzo Nobel N.V. (AkzoNobel) confirmed that it has received a third unsolicited and conditional proposal from PPG for all outstanding share capital of the company. In accordance with its fiduciary duties and acting under the Dutch governance code the Board of Management and Supervisory Board of AkzoNobel will carefully review and consider this proposal.

The move turns up the heat on Akzo ahead of its annual meeting today where it will face a group of shareholders unhappy it has not engaged with PPG. Shares in Akzo, the maker of Dulux paint, jumped as much as 6 percent to a record high of 82.95 euros following the improved proposal.

Akzo is Europe’s largest coatings supplier and the world’s largest producer of protective and marine coatings. Its portfolio spans basic chemicals such as chlorine all the way through to ingredients for skin cream and paint. In the food ingredients industry, the company has a significant role as a salts supplier.

Last month, AkzoNobel had rejected a second unsolicited, non-binding and conditional proposal of 20 March from PPG Industries Inc. for all of the issued and outstanding ordinary shares in the capital of AkzoNobel. The Dutch paint and chemicals firm AkzoNobel said it had rejected a raised 22.37 billion euro ($24.19 billion) takeover proposal from rival PPG Industries, but this third proposal is at least being carefully reviewed.

In the letter, PPG Chairman and Chief Executive Officer Michael McGarry said, “We are extending this one last invitation to you and the AkzoNobel boards to reconsider your stance and to engage with us on creating extraordinary value and benefits for all of AkzoNobel’s stakeholders.”

“Our revised proposal represents a second increase in price along with significant and highly-specific commitments that we are confident AkzoNobel’s stakeholders will find compelling. We stand ready to work with you expeditiously to complete a targeted due diligence review and to negotiate a definitive agreement for the combination.”

One of the more notable risks of AkzoNobel’s new standalone plan is that it creates two smaller, unproven standalone companies with uncertain market valuations and substantial risks for reaching its 2020 guidance, especially given many of the annual targets that AkzoNobel has identified have not been achieved previously. AkzoNobel’s standalone plan also will require substantial restructuring; potentially decreases free cash flow, putting future and accelerated growth plans of the demerged companies at risk; and could require a regulatory review that would extend the timeline and create uncertainty.

PPG believes the long-term value creation from a combination of the two companies will be significant for shareholders of both companies, including the benefits of annual synergies of at least $750 million, which PPG has estimated based on publicly available information.

PPG’s revised proposal offers a value to AkzoNobel’s shareholders that is well in excess of AkzoNobel’s ability or track record to create value on a standalone basis, including via its revised strategy, in the near future as well as in the medium and long term.

PPG is prepared to make significant commitments to AkzoNobel’s stakeholders, as set forth in the revised proposal letter, that provide greater value and certainty than AkzoNobel’s new standalone plan.

PPG has performed a significant review and analysis of the expected antitrust approval risks and requirements in connection with the proposed transaction, and is confident that all required antitrust approvals can be obtained in a timely manner. In connection with obtaining such approvals, PPG is ready to commit to a mutually agreed level of divestitures as may be reasonably necessary to meet those requirements.

To provide further evidence of PPG’s confidence that the required approvals can be obtained, and even in the absence of receiving any information from AkzoNobel or working with AkzoNobel’s antitrust experts, PPG is prepared to commit to a significant reverse break-up fee.

Upon the closing of the proposed transaction, AkzoNobel’s strong ties to the Netherlands, and Europe more broadly, will be maintained, the group stressed.

In addition to the commitments set forth in other sections of PPG’s revised proposal letter relating to, among other things, employees, pensioners, research and development, sustainability and community investment, PPG said it would be willing to commit to the following:
•    PPG anticipates that AkzoNobel’s current European locations will continue to play an important and meaningful role in the combined company. The combined company’s architectural/decorative coatings and specialty materials businesses would continue to be headquartered in the Netherlands and the marine and protective coatings business would continue to be based in both the U.K. and the Netherlands.
•    PPG is prepared to have a dual listing of the combined company’s shares with trading both on the NYSE and Euronext Amsterdam.
•    PPG will not relocate any of AkzoNobel’s production facilities in Europe to the U.S.
•    Local suppliers to AkzoNobel in the Netherlands and U.K. will be given a full and fair opportunity to sell to the larger, combined new company.

10 Oct 2018 --- The former AkzoNobel Specialty Chemicals is being relaunched as Nouryon. The move follows the recent acquisition of the business by The Carlyle Group and marks the... Read More

06 June 2017 --- In today’s food industry healthier products are in increasing demand and sodium reduction regulations are becoming even stricter to ensure that guidelines and... Read More

02 Jun 2017 --- PPG has withdrawn its $27.6 billion takeover pursuit of AkzoNobel and said it will not pursue a public offer for all the issued and outstanding shares of AkzoNobel.... Read More

22 Mar 2017 --- AkzoNobel has announced it has rejected a second unsolicited, non-binding and conditional proposal of 20 March from PPG Industries Inc. for all of the issued and... Read More