You are in : All News > Plant-based opportunity? “The time for food tech is now,” says venture capital investor

04 Feb 2019 --- Plant-based alternatives to animal proteins and crop gene editing tools are among the most promising areas for food technology investment right now, but the highly exciting field of cellular agriculture may be just too far down the horizon for traditional venture capital investors. This is according to Niccolo Manzoni, Co-Founder and Managing Partner of Five Seasons Ventures, a Paris-based venture capital firm focusing on the food and agricultural technology space. He also singled out pet food and personalized nutrition as platforms that the investment company, with a fund size of more than €75 million, is looking towards.

“The area that we are getting excited about is the shift away from animal-derived proteins, whether meat, dairy or both,” Manzoni tells FoodIngredientsFirst in a detailed interview.

He lists three main approaches when it comes to any non-animal derived protein. 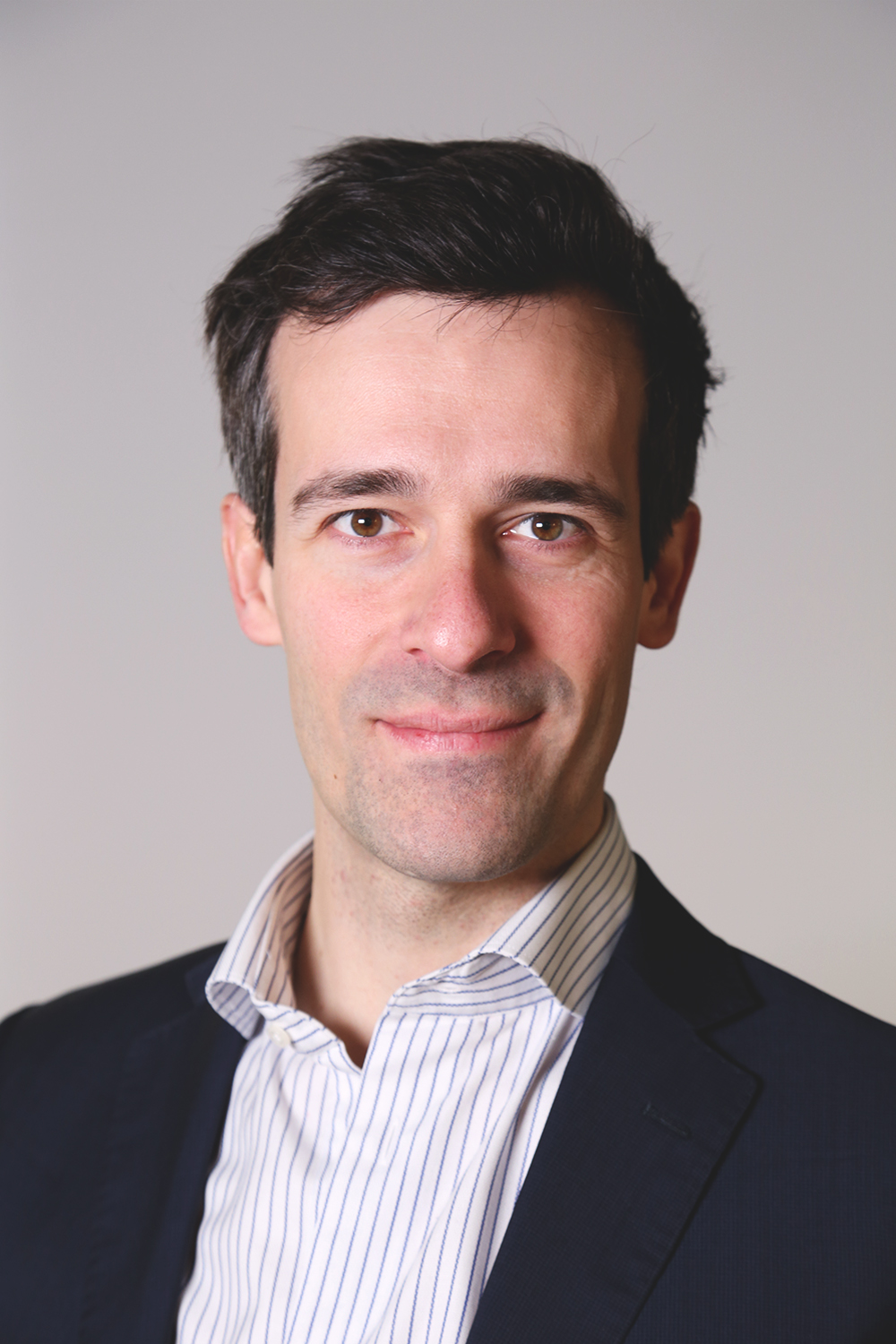 Niccolo Manzoni, Co-Founder and Managing Partner of Five Seasons VenturesRelatively speaking, the most simple platform is plant-based alternatives, says Manzoni, who has been investing in Food Tech since 2014, and created and managed a portfolio of 10 high-profile Food Tech companies, including Impossible Foods, Clara Foods, Beyond Meat, JUST, Perfect Day and Clear Labs, as part of a leading European family office.

“This is a super exciting area that we are looking at very closely. We are seeing companies emerging across Europe and the world as a whole, who are coming up with meat or dairy mimicking products and appealing to consumers. Companies such as Impossible Foods and Beyond Meat have proven that you can make delicious products at the right price,” he claims.

The second platform, in order of complexity, is the fermentation-based alternative protein space. “You could think of Quorn in the UK, for example, which has expanded internationally. It usually requires high capital expenditure since the fermenters are quite expensive. But the product coming out of the other end is pretty good,” he notes. “Quorn is by far the most successful and perhaps the first to use some outstanding technology and processes to make a plant-based product out of fermentation,” Manzoni adds.

The third platform relates to cellular agriculture, including clean meat, which operates at the forefront of technology. “It’s extremely deep technology that is basically about creating a new body of science. And it is potentially extremely revolutionary, but at the same time you should consider that because it is so asymmetrical, it could be a revolution or go down to zero,” he warns.

Because of the high technological risk and the fact that it is a field where, until very recently, nobody has been active before, cellular agriculture could carry huge rewards for successful innovators and investors. First regulatory and consumer concern constraints need to be overcome, however. “It will be important to have consumer acceptance of a product that gets manufactured in a petri dish as opposed to coming from an animal. Some consumers may find this concept ok, but for others, it may seem like ‘Frankenfood,’ which is not something that consumers are traditionally interested in,” says Manzoni.

Realistically, the first commercial product launch of a “clean meat” product at a small scale, is at least 5-7 years away. “In terms of mainstreaming, we are in my view over 10 years away,” he adds. 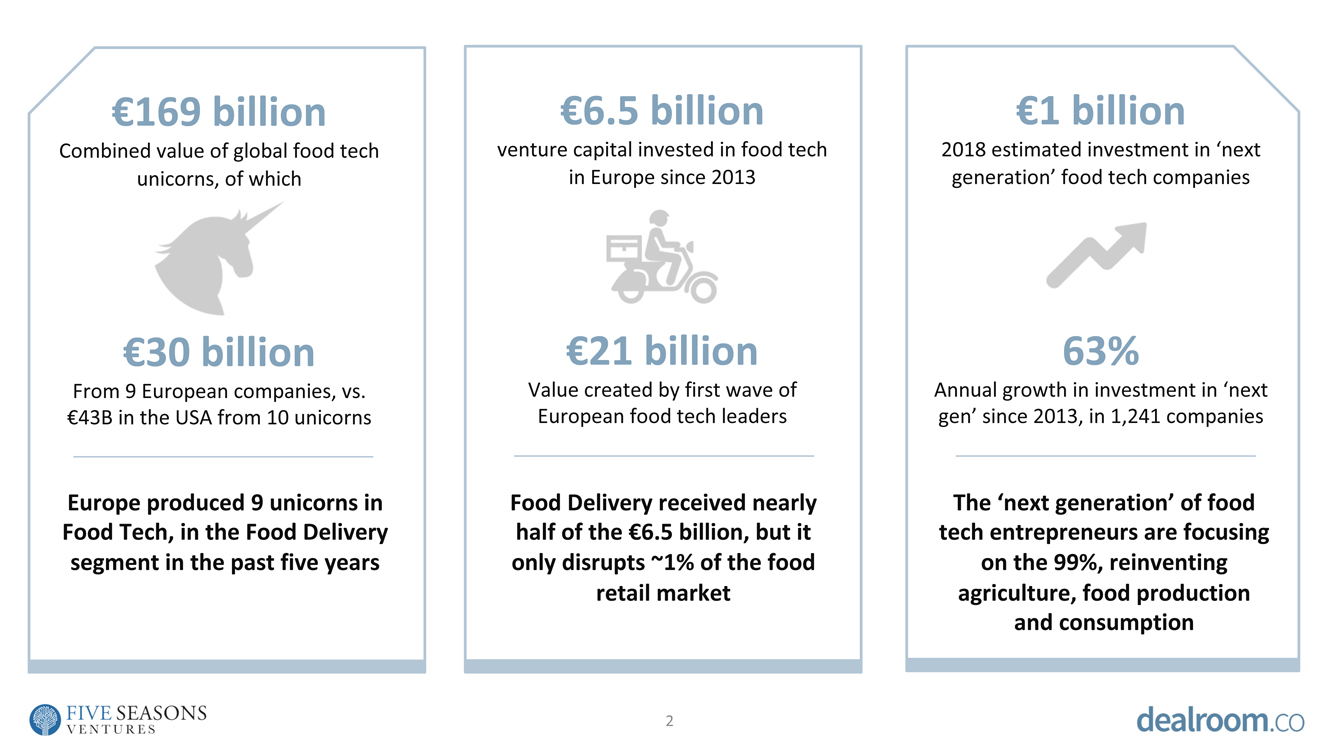 Through a leading European family office, Manzoni previously invested in US-based in vitro meat innovator Memphis Meats, where he gained significant exposure to this space. “Because of the time horizons, it doesn’t lend itself to the timeline of a traditional venture capital fund, which is usually 10 years,” he explains. “Having said that, we are seeing a number of funds who are taking an interest in this space. Rounds are happening and there is definitely an investable interest. This is because of the potential for this industry to really turn things upside down,” he adds.

Another promising field in the agricultural technology space is gene editing. Manzoni has a board seat on Tropic Biosciences, which is a company in which his company has invested. 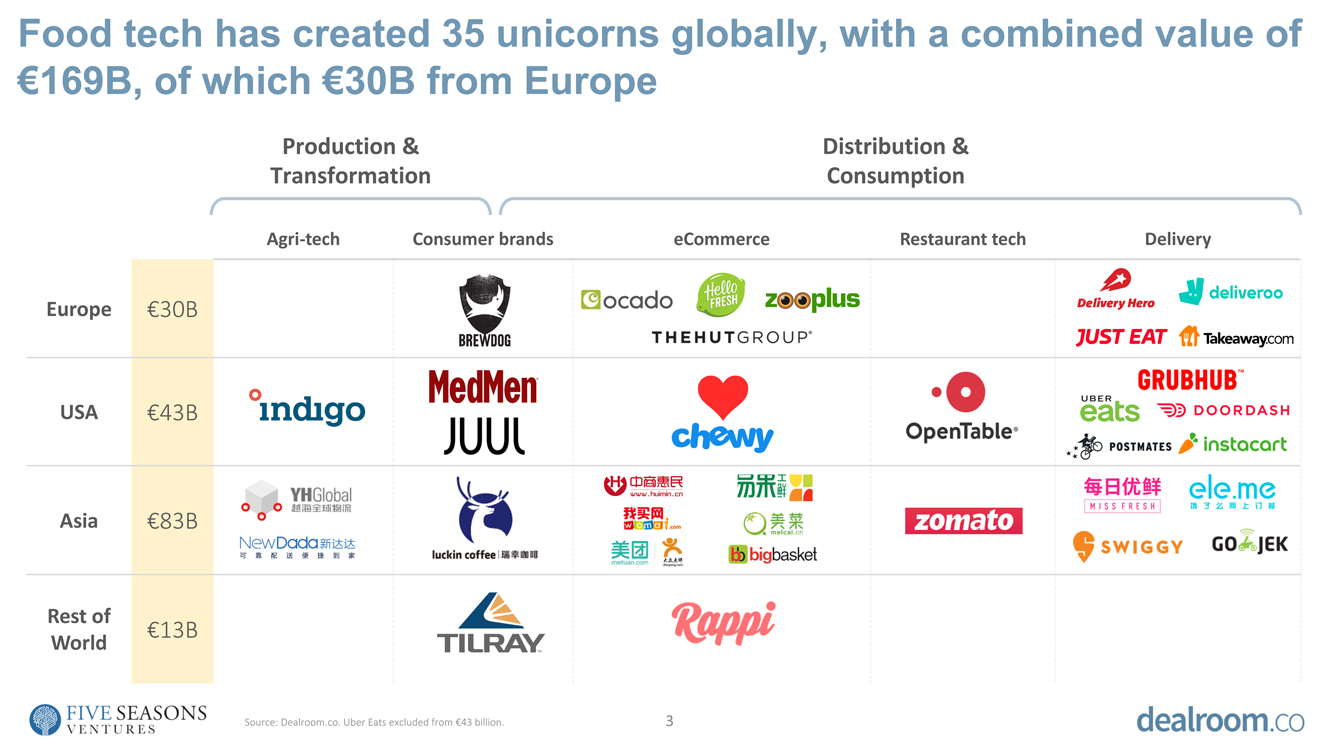 “Tropic Biosciences is applying gene editing and CRISPR technology to tropical crops to start with, specifically bananas and coffee,” Manzoni explains. “They are working on specific traits which make this product either overcome some specific disease, which is maybe affecting some of these crops, or creating some consumer traits which make the products either tastier or better for the consumers or making some traits which are closer to the producers or processors of coffee,” he says. This could, for example, include lengthening the shelf-life of these products.

The investor believes that the time for food tech is now. “I think there has never been a better time for food and agri-tech to raise money than the current environment for food tech entrepreneurs and start-ups within the space,” he says. Manzoni notes evolving consumer demands, the slow response from the major incumbent food & beverage companies and the reduced cost in scientific discovery as key factors in this.

A recent report that Five Seasons authored with DealRoom on The State of European Food Tech 2018 found that an estimated investment of €1 billion was made in “next generation” food tech companies in 2018. There was 63 percent annual growth in investment in “next gen” since 2013, in 1,241 companies. Europe produced 9 unicorns (companies with a value of €1bn turnover or more) in Food Tech, in the Food Delivery segment in the past five years, for example, according to the report. You can download it here.

Innova Market Insights recently listed “Small Player Mindset” as a key trend for 2019, where small players are shaking up the food & beverage industry by taking on the classic FMCG giants in an increasingly high-tech arena. Their role as thought leaders has driven multinational companies and legacy brands to invest in them – and learn from them. “Many of the big boys are venturing into the funding space or setting up investment competitions. Kombucha, cellular agriculture, clean meat and insect proteins are just some of the on-trend platforms in this golden age of creativity,” the market researcher notes. A 2018 Innova Market Insights trends survey found that two in five consumers in both the US and UK prefer small brands “because they are more dedicated to their products and have a personal story.”

So what else will Five Seasons Ventures be investing in this year and beyond? “We have a few themes that we are going after,” Manzoni says. “We think that in the food tech space, there are a few areas where there is a combination of factors making it investable. Also, there are many start-ups making it exciting,” he notes.

One of them is pet food. “This is an exciting area where there hasn’t been a huge amount of innovation in recent years. Now we are seeing interesting early stage companies, using a combination of new product formulations, personalized pet food, direct-to-consumer distribution models and a number of other innovations,” Manzoni explains.

Secondly, Five Seasons is also looking closely into personalized nutrition as a theme. “This is the ‘holy grail’ of the food industry. It is about giving a consumer exactly what they need from a nutritional standpoint to feel well and to lead a positive life. In that sense, we are seeing some companies with several business models that can deliver either personalized supplements to consumers, or even personalized meals and nutrition solutions,” he concludes.

A detailed interview with Niccolo Manzoni, Co-Founder and Managing Partner of Five Seasons Ventures, including advice for food and agri-technology start-ups will appear in the February issue of Innova Food & Beverage Innovation.