You are in : All News > Plant-based innovator to go public: Beyond Meat files for US$100 million IPO

Plant-based innovator to go public: Beyond Meat files for US$100 million IPO 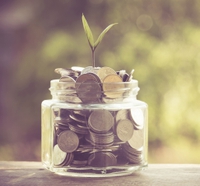 19 Nov 2018 --- Beyond Meat, Inc., the Californian innovator behind the plant-based Beyond Burger has filed a registration statement with the US Securities and Exchange Commission for a proposed initial public offering (IPO) of its common stock. The number of shares to be offered and the price range for the offering have not yet been determined, but the initial filing was for an offering size of US$100 million. Beyond Meat intends to list its stock on the Nasdaq Global Market under the ticker symbol “BYND.”

Details about the move remain quiet with Allison Aronoff, Communications Manager at Beyond Meat, stating to FoodIngredientsFirst that they were unable to share any further information as they enter “a quiet period.” The company’s net revenue for the nine months ending September 29, 2018, was US$56.4 million, a 167 percent increase from the same period a year earlier. Net losses through September 29, 2018, were US$22.4 million. 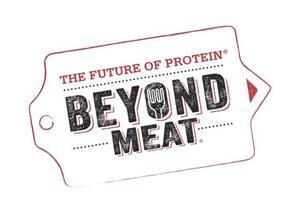 At last month’s SIAL 2018 in Paris, we reported how Beyond Meat was eyeing a major roll-out in Europe as rumors intensify around an initial public offering (IPO). Last week it emerged that Tesco UK launched its first burger from Beyond Meat. Tesco is planning to launch the product in Ireland after Christmas, The Irish Times reports.

Los Angeles-based Beyond Meat is working to change the meat we eat by replacing animal protein with plant-based proteins. The company’s mission is “to perfectly build meat from plants, delivering all of its benefits without the downside.”

Beyond Meat has sold 25 million of its “Beyond Burgers” since 2016, according to the company. It recently completed a peer-reviewed lifecycle analysis at the University of Michigan, which found that their product used 99 percent less water, 93 percent less land, 46 percent less energy and created 90 percent less greenhouse gas emissions than beef. This type of research allows the product to be positioned as a more sustainable alternative amid significant discussions around the impact of intensive meat production on the environment.

A couple of high profile appointments that came at the same time as the IPO announcement further illustrate the company’s expansion intent. Beyond Meat announced the appointment of Kathy N. Waller and Ned Segal as its newest board members and additions to the board’s audit committee.

Waller currently serves as Chief Financial Officer and Executive Vice President of The Coca-Cola Company, overseeing the company’s global commerce organization and representing it to investors, lenders and rating agencies. She joined The Coca-Cola Company in 1987 as a senior accountant and has since taken on the most esteemed leadership roles within her division, spearheading the M&A, Investor Relations, Tax, Treasury, Audit, Account & Controls, Reporting & Analytics, Real Estate and Risk Management sectors of the business.

“I am very pleased to welcome Kathy and Ned to our team,” says Ethan Brown, CEO & Founder of Beyond Meat. “We’re fortunate to have access to their expertise and backgrounds as financial stewards at Coca-Cola and Twitter, respectively. I look forward to working with Kathy and Ned as we further our mission to create The Future of Protein and pursue our goal of becoming a global protein company.”

“When we described the ideal candidates to join our board, we prioritized top-tier industry leaders with knowledge of CPG and experience with scaling businesses. We couldn’t have found two better candidates than Kathy and Ned,” comments Seth Goldman, Executive Chairman of Beyond Meat.

Innova Market Insights stresses how “start-ups are big business” with a “Small Player Mindset” emerging as one of the key trends for 2019. “Continuously evolving consumer demands, together with the need to achieve a sustainable future, are helping to fuel start-ups with convention challenging innovation,” the company writes.

The global meat substitutes market is forecasted to be worth USD$4.2 billion in 2022. Beyond Meat has total funding of US$72m achieved from a very diverse cast of backers that includes Tyson Foods (5 percent), Humane Society, General Mills and the actor Leonardo DiCaprio. A fellow player in the space, Impossible Foods, has already achieved funding of US$396 million. The company is focused on the production of a plant-based burger created with synthesized heme to replicate bleed.

“It is quite logical that the plant-based meat industry is mostly targeting the traditional beef burger market,” notes protein specialist and author Henk Hoogenkamp. “Over 50 percent of the beef served in the US is ground beef, of which more than 50 percent is served in restaurants.”

“US alt.meat companies are clearly on a mission to replace the All-American burger with a plant-based alternative to ground beef. Both the Beyond Meat and Impossible burger (US) – as well the Moving Mountains burger (UK) are known as the plant-formulated ‘burger that bleeds.’ The mission of these companies is feeding the world’s burgeoning population with nutritious, tasty, affordable and environmentally-sound alternatives to traditional livestock-based systems of producing protein,” he says.

For the North American market, burgers have always been the lowest hanging carnivorous fruit, Hoogenkamp stresses, so it is no surprise really that the “alt.meat” companies decided to target the foodservice and millennial consumer first. “Seen through the eyes of the alt.meat entrepreneurs, animal farming is not scalable and is going to create huge environmental and ecological problems in the future. From this perspective, the challenge is of feeding the world at a much lower environmental impact than the current animal-based methods,” he says.

Hoogenkamp notes that the top-five plant-based meat brands in the US by total sales are Morningstar Farms, Gardein, Beyond Meat, Boca Foods and Impossible Foods (US) LightLife (Maple Leaf Farms, Canada). The fastest growing brands in the category include Beyond Meat, Impossible Foods and Quorn. Whole Foods (an Amazon-owned company) carries most of the leading plant-based meat brands.

In an interview with FoodIngredientsFirst at SIAL 2018, Chuck Muth, Chief Growth Officer at Beyond Meat, provided details about the company’s European entry plans and ongoing innovation. Muth confirmed that almost all of Beyond Meat’s business is in North America right now, with the brand mainly present at A&W in Canada. The product is being tested in Hong Kong.

Innovation is strong at the company. “We have a hamburger in our fresh line; we launched a sausage link and a hot Italian sausage. We do expect to bring that to Europe sometime in 2019. We have moved onto other alternative proteins. We are using pea protein, but in the future, we will be using mung bean, brown rice and potato protein too,” he notes. “We do have an innovation pipeline and will continue to innovate in the animal protein space with plant-based alternatives,” says Muth.

Muth explains that the company started in 2009 and became commercially viable in 2012, initially in the form of a soy-based chicken strip product. They then gravitated to using other protein sources for their “beef” products with a bleeding effect. “In 2016, we launched Beyond Burger which is a product made from pea protein, coconut oil and beet juice which gives it a bleeding effect. That was a game changer for us. It was a phenomenal success in the US and is now available in most major retailers in the US and 10,000 foodservice customers. We are enjoying significant growth year over year. The plant-based meats category is significant and growing, both in North America and northern and western Europe. So there’s a robust demand for quality,” he says.

Muth sees the company as a “disruptor,” that merchandises in the fresh meat space in the US and not the vegetarian space. “We do believe that we are in the disruptive space right now and that is about creating better quality plant-based products that come close to replicating the animal-based products that are in the market today,” explains Muth. “While we love our vegetarian and vegan consumers, our target audience is really meat reducers or flexitarians and those consumers that are looking to reduce the amount of meat they are eating today,” he adds.

Other significant news in the disruptive innovator space came last week when Perfect Day teamed up with agricultural processor and ingredient giant Archer Daniels Midland Co. (ADM) to develop and commercialize animal-free dairy proteins. The move will effectively allow it to scale up the production of its cow-free dairy. It plans to use ADM's fermentation infrastructure to reduce the cost of making its animal-free whey protein.

The joint development agreement will lead to supplying the world’s first animal-free dairy proteins to the food industry in 2019, in what is arguably a milestone in the reinvention of dairy. Perfect Day raised US$24.7 million in a Series A funding from Temasek, a Singapore state-owned investment company earlier this year.

The global market for alternative dairy drinks is expected to reach US$16.3 billion this year alone, according to Innova Market Insights data, a dramatic increase from US$7.4 billion in 2010.

The market researcher reports that today’s dynamic food business environment requires a speedboat rather than a tanker approach. Small players are shaking up the food & beverage industry by taking on the classic FMCG giants in an increasingly high-tech arena. Particularly the role of Silicon Valley start-ups in alternative proteins breakthroughs has garnered ample media attention – but the growing role for small innovators, in general, is a global phenomenon. Their role as thought leaders has driven multinational companies and legacy brands to invest in them – and learn from them. Many of the big boys are venturing into the funding space or setting up investment competitions. Kombucha, cellular agriculture, clean meat and insect proteins are just some of the on-trend platforms amid this dynamic.

18 Nov 2020 --- Beyond Meat has revealed its latest product innovation, Beyond Pork. Designed to imitate the umami flavor, juicy texture and culinary versatility of traditional... Read More

14 Oct 2020 --- Texture, mouthfeel and taste are among the most significant challenges in the plant-based space, and formulators are continually working on overcoming them to... Read More