You are in : All News > PepsiCo Europe shakes up healthy snacks and beverages, pledging to slash sugar 25% in soda by 2025

PepsiCo Europe shakes up healthy snacks and beverages, pledging to slash sugar 25% in soda by 2025 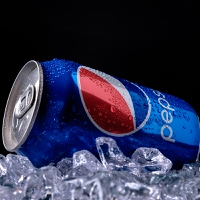 01 Jul 2021 --- PepsiCo is scaling up its healthy snacks and beverage portfolio across Europe, pledging to reduce the average level of added sugars in its beverage portfolio by 25 percent by 2025 and 50 percent by 2030. Snacks will also get a make-over with popped corn snacks proving popular, while new green tea options will be available, as well as other sugar-reduced beverages featuring new flavors.

Healthier snacks are poised to be the company’s fastest-growing food category over the next four years, with an ambition to expand this to a US$1 billion portfolio by 2030.

The new goals will be achieved by reformulating existing products, including Lay’s Oven Baked, to more markets and introducing new snacking ranges such as PopWorks.

In an in-depth interview with FoodIngredientsFirst, PepsiCo’s Garrett Quigley, general manager and senior vice president, Categories, Western Europe, delves into the key drivers behind the sugar reducing strategy and what we can expect.

“Consumers want healthier and more sustainable brands, and they want products that taste great. Over the past decade, we’ve reformulated and launched new products to bring more options to consumers,” he says.

“In Europe, we have accelerated a transition to sugar-free over the past decade, and now almost one in three beverages we sell is sugar-free. This started originally in the UK when we made a bold decision back in 2006 to only advertise no sugar cola. All our advertising money since then has gone on Pepsi Max. We felt this was a great opportunity to focus on a product which tasted great – as good as regular cola – but had no sugar.”

“We made the same no-advertising pledge for Europe a number of years back and, since then, we’ve made a lot of progress in markets like the Nordics and, now, in France, Germany and Spain. We see an opportunity to continue to expand and anticipate that the trend toward sugar-free will continue to grow,” Quigley explains.

PepsiCo anticipates the the trend toward sugar-free will continue to grow.Honing in on nutrition
PepsiCo’s plan involves a series of commitments based on rigorous science-based nutrition guidelines. This voluntary commitment will be submitted to the European Commission as a part of its Code of Conduct for Responsible Business and Marketing Practices.

For its European beverage portfolio, which includes Pepsi-Cola, Lipton Ice Tea and 7UP, PepsiCo’s latest pledge will reduce the average level of added sugars across its entire soft drinks range by 25 percent by 2025 and 50 percent by 2030.

“With our new commitments, we can use our experience with sugar reduction to accelerate our shift to a healthier snacks portfolio,” Quigley continues.

“The expansion of sugar-free will drive the biggest reduction in absolute sugar, however, we will also reduce the quantity of sugar in our regular beverages.”

Scaling up nutritional snacks
PepsiCo Europe also wants to diversify its snack portfolio to include greater healthier options. It aims to increase sales of snacks rated B or better in the widely used Nutri-Score nutrition labeling system. This nutritional label evaluates the overall nutritional quality of food based on a five-color-coded scale going from A to E.

Commenting on PepsiCo’s alignment to NutriScore, Quigley adds: “We want to make it easier for consumers to make informed choices about what they eat and drink.”

“Our products include fact-based, easy-to-understand nutrition information so consumers can make informed choices. We are in favor of a single pan-EU scheme. The current, fragmented situation is not satisfactory. It is costly and confusing to consumers,” he says.

“We have chosen to align our snacks portfolio commitments to NutriScore. We believe it is the most researched nutrition system available. We will be using this labeling scheme in those markets that have formally adopted legislation endorsing the scheme – and where it does not cause us commercial difficulty.”

“We will continue to use other nutrition front of pack labeling schemes in markets where NutriScore is not endorsed and where existing alternatives are well accepted by consumers,” Quigley further details.

He adds that at present, NutriScore is for PepsiCo’s food products only, but the company is “actively advocating for a fairer, clearer score on beverages.”

“We see potential to grow our Lay’s Oven Baked range more broadly across Europe. The brand contains on average 50 percent less saturated fat than regular potato chips, and so meets the consumer demand for more permissible snacks,” he says.

“Popped corn snacks are also a growing trend, and our new range, PopWorks, uses popped corn in a crisp shape and are not fried.”

“West Europe is already advanced in sugar-free beverages, and we will further accelerate in the East. As we look to broaden the experience for consumers, new flavor options such as raspberry and cherry have presented further growth.”

“Lipton Ice Tea is already low sugar, and we are tapping into this existing health trend to expand further with new options including green tea.”

PepsiCo’s reformulation progress
The new commitments build on PepsiCo’s progress globally over the past decade to reduce added sugars in beverages and sodium and saturated fat in foods, introduce smaller portion sizes, and create existing brands with improved nutritional profiles, like Pepsi MAX, 7UP Free and Lay’s Oven Baked.

PepsiCo’s grains portfolio, which includes Quaker Oats, already offers a range of nutritious products to EU consumers, with 70 percent of the product rated at either Nutri-Score A or B.

“PepsiCo aims to provide consumers with nutritious and great-tasting food and beverages that are convenient and meet their lifestyle needs,” continues Quigley.

“These commitments in Europe build on progress PepsiCo has already made globally over the past decade to reduce added sugars in beverages and sodium and saturated fat in foods,” he concludes.

PepsiCo also released its latest sustainability report earlier this week, revealing that 48 percent of its beverages globally have 100 calories or less from added sugar, progressing toward the 67 percent target.

It has also stepped up its goals to tackle climate change, committing to net-zero by 2040 and a 40 percent reduction in greenhouse gas emissions (GHGs) by 2030 while also scaling regenerative agriculture across its entire agricultural footprint GHGs by three million tons by 2030.

In a bid to bolster access to renewable electricity across its value chain, PepsiCo and Schneider Electric have launched pep+ REnew as part of PepsiCo’s pep+... Read More