You are in : All News > Palsgaard achieves carbon-neutral production ahead of plans to double output capacity

Reduction strategies included heat recovery and insulation techniques, a switch from heavy fuel oil to certified biogas and the use of renewables

01 Jul 2019 --- In the midst of a mammoth global climate debate, inventor of the modern plant-based emulsifier Palsgaard has cemented its position as an “early mover” on the carbon production front. The Danish company has achieved its aim of total carbon-neutral production two years prior to its 2020 goal, describing the achievement as a “milestone for the whole ingredients industry.” FoodIngredientsFirst was at Palsgaard’s headquarters in Juelsminde, Denmark, last week to hear the news first-hand.

The company’s six global production sites are now all carbon-neutral, mainly through a shift in energy sources. Strategies have included new heat recovery and insulation techniques, a switch from heavy fuel oil to certified biogas and the use of renewables. At Palsgaard’s main site in Denmark, all electricity is sourced from hydropower and indoor heating is powered by burning home-grown straw rather than oil. 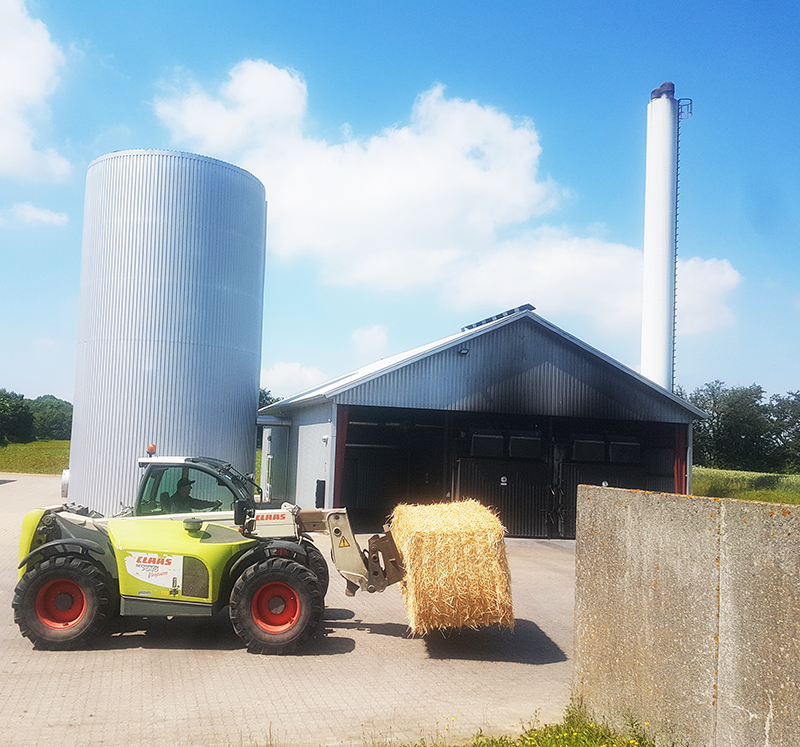 Click to EnlargeBurning home-grown straw, rather than oil, powers the Juelsminde facility's heating.

The achievement means that Palsgaard can deliver a totally carbon neutral ingredient, said Jakob Thøisen, CEO, at the company’s headquarters last week. “We can play a part with our ingredients for manufacturers who are setting wider goals to reduce their CO2. Our ingredients are now CO2-neutral and sustainable.”

“The production of emulsifiers is very energy-intensive and when we decided to eliminate our carbon footprint, many thought it couldn’t be done. However, we’ve demonstrated that with ambition and innovation, sustainable ingredient production is possible. Achieving CO2-neutral status ahead of schedule has given us extra energy to continue making a difference,” says Thøisen.

Offering greener solutions will be essential to sustaining a supply for tomorrow, amid challenges around climate change and feeding the world’s bulging global population – by 2050, there will be nearly 10 billion people on the planet.

Consumers have high expectations of corporations and brands to lead the way in helping to secure a sustainable future and companies are responding more strongly to this than ever before, through long-term commitments and significant corporate responsibility commitments.

A 2018 Innova Market Insights survey found that 64 percent of US and UK consumers expect companies to invest in sustainability. The survey found that consumers’ environmental concerns outweigh social and ethical ones when considering the brands that they buy. This market dynamic has inspired product development, with 57 percent average annual growth reported in food & beverage launches with an ethical/environmental claim (Global, 2013-2017).

Doubling production capacity
The news comes as the emulsifier company is planning to ramp up production to double its current capacity.

“We are nearly at 100 percent capacity right now. First, we need to find sustainable ways to double our production capacity. We will do this by focusing on organic growth – installing more capacity at the Denmark facility We have plans to build a solar panel energy park here so we can run more on solar-generated electricity,” says Thøisen.Click to Enlarge

Doing so in a carbon-neutral manner, however, will mean that any potential future plans regarding going carbon negative will have to wait, noted Anders Brix, Group CEO of the Schou Foundation, who owns Palsgaard, to FoodIngredientsFirst in Denmark.

The Palsgaard team also noted at the event that offsets have been purchased for the carbon emissions of production facilities in Malaysia and Russia. Reaching carbon-neutrality at these locations is severely limited due to geographic infrastructure challenges.

Offsetting is a climate action that enables individuals and organizations to compensate for the emissions they cannot avoid, by supporting worthy projects that reduce emissions somewhere else. The greenhouse gas emissions reduced through offsetting are measured in UN Certified Emission Reductions (CERs). The CERs are generated from Clean Development Mechanism (CDM) projects. These projects, which are located in developing countries, earn 1 CER for each metric ton of GHG emissions they reduce or avoid and are measured in CO2 equivalent (CO2-eq). The CERs can then be bought by people and organizations to offset their own unavoidable emissions or as a contribution to the global climate action.

“We believe in offsetting as close as the source as possible. If we can run off our own solar-generated electricity, that’s great; it's best. But of course, currently, we are not in the situation in some locations, such as Malaysia. When biogas becomes available, we will switch to biogas and we will not be offsetting,” says Thøisen.

Indeed, although offsetting may not be ideal, Pia Brinkmann Madsen, CPO, noted that the company would rather not wait and continue to add to the energy output of society, and instead took the decision to contribute at this time with offsets. “Recognizing, of course, that it is a different way than we would do ideally. We took the most credible one that we could find, choosing a robust United Nation scheme based on the Paris Agreement.”

As well as being manufactured in CO2-neutral factories, all Palsgaard’s emulsifiers are vegetable-based and sourced as sustainably as possible. Where the company uses palm oil ingredients, it relies on RSPO-certified raw materials, enabling it to offer its complete product range as MB- or SG-certified.

As the climate debate intensifies, and the world scrambles to offset the damage that may have already been caused, Corporate Social Responsibility (CSR) initiatives such as this will become increasingly important. The notion of how big business, particularly those in the food and ingredients industries, will contribute to the fight against climate change is one of the key issues being debated after a leading body of experts, the Intergovernmental Panel on Climate Change (IPCC), issued stark warnings last October. Its study claimed that a rise of more than 1.5°C is risking the planet’s livability and this could be exceeded by 2030 unless drastic steps are taken now.

An interview with Palsgaard’s CEO on the topic of sustainability, including the company’s approach to the much-debated ingredient palm oil, can be seen here.

Emulsifier specialist Palsgaard helps the global food industry make the most of the ability to mix oil and water.

Thanks to the company’s specialised emulsifiers (and emulsifier/stabiliser systems), bakery, confectionery, condiments, dairy, ice cream, margarine and meat producers can improve the quality and extend the shelf-life of their products. Just as importantly, they can produce better-for-you products with improved taste, mouthfeel and texture while using less resources.

Palsgaard helps manufacturers meet consumer and regulatory demands for greater responsibility, helping them grow and protect their brands. It is currently the world’s only commercial source of fully sustainable, emulsifiers based on RSPO SG-certified palm oil and produced by CO2-neutral factories in Denmark, the Netherlands, Mexico, Brazil, China and Malaysia. The company’s products are non-GMO and meet halal and kosher requirements.

In addition to its food emulsifiers, Palsgaard supplies the polymers industry with a series of plant-based, food-grade polymer additives, which are particularly suited for preventing fogging and dust on plastic packaging.

17 May 2021 --- Hydrocolloids are essential in optimizing the rheology of food and beverages, as they can help ensure stability, flow and texture. Industry’s toolbox has now... Read More

21 Apr 2021 --- KitKat will be carbon neutral by 2025 as Nestlé boosts its sustainability efforts. The iconic chocolate brand plans to reduce the emissions generated by... Read More

Could pulses be the key to reducing greenhouse gases?