You are in : All News > Organic farming: European Council endorses new rules 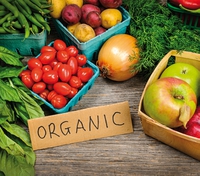 21 Nov 2017 --- The agreement on new rules for organic farming endorsed yesterday by European Council representatives will simplify and harmonize many of the rules covering organic food production both within the European Union and in non-EU countries, says Commissioner for Agriculture, Phil Hogan said. The agreement will go to vote in the European Parliament. Once adopted, the new rules will enter into force on January 1, 2021. This will give enough time for producers, operators and trade partners to adapt to the new framework.

Welcoming the important step towards the final adoption of the new Regulation, Hogan said: "Today's decision of the Council is another milestone for the organic sector, which ensures that this important and rapidly growing sector can continue to expand with clear rules and can be assured of being on an equal footing with producers from non-EU countries who export their organic produce into the EU.”

“What everyone agreed on was that the current rules – which are 20 years old now – were not fit for purpose and were likely to hinder rather than help the development of this growing sector which is worth around €27 billion, and has grown by 125% over the last decade. We must support this growth by ensuring that the sector operates with appropriate legislation. This growth will be helped by smaller producers, who will now be allowed to join group certification schemes so as to benefit from lower certification costs. Moreover, organic farmers will now have access to a new market of organic seeds which will improve biodiversity, crop sustainability and will boost innovation.”

The EU notes in a Q&A statement that many of the current rules are more than 20 years old, and need to be updated to reflect the major changes that have taken place in the EU organic sector over the last two decades. “Organic is no longer a niche part of the EU agri-food sector as it was when the current rules were first drawn up. In fact it is now one of the most dynamic sectors of EU agriculture, with the amount of land used for organic farming growing at around 400,000 hectares a year. The organic market in the EU is worth around €27 billion, some 125% more than ten years ago. The patchwork of rules and derogations currently in place do not give sufficient certainty and security to this highly important sector of European agriculture, and the simpler, more harmonized approach of the new Regulation should help it grow even faster as a result,” it notes.

Fairness is going to be ensured for EU organic farmers and the EU organic logo is going to offer consumers the same quality guarantees all over Europe. Given the premium price most consumers pay for organic food, this quality guarantee is extremely important. The main improvement is the introduction of one set of EU-wide rules covering the whole EU organic sector. According to the EU, the old rules allowed an “à la carte system of exceptions,” sometimes at the level of a single producer. The new rules take on board the need for flexibility that these derogations accommodated in the past – duly justified exceptions, such as for example the temporary replacement of an organic ingredient by a non-organic one in cases of limited stocks, will still be permitted – but they will now be limited in time, regularly assessed and if necessary applied to all producers, ensuring fair treatment for all. The same rules will apply to all organic producers and products.

This single set of rules is going to apply also to non-EU farmers who export their organic products to the EU market. It will replace today's 60+ different standards considered equivalent that apply to imported organic foods. At the moment, we are in a situation where different standards may apply to producers within the same country when the latter has no equivalence arrangement with the EU just because certification bodies set their own standards. Conformity to the EU single set of rules will replace the principle of equivalence. It brings important improvements in relation to trade, the main one being that there will be now a level-playing field between operators from the EU and from non-EU countries.

The scope of the rules has been extended to cover a range of new products such as salt, cork and essential oils. It will also be possible in the future to add new products to respond to the development of the sector and to consumers' demands, providing additional opportunities for producers.

The new Regulation brings simplification for farmers. For example, small farmers now will be able to choose group certification which will reduce their certification costs and make it easier for them to join the organic scheme.

New opportunities are also going to be created by the opening of a new market for organic seeds and other plant reproductive material with a high level of genetic biodiversity. This will improve biodiversity, crop sustainability and will boost innovation. Resistance to pests and diseases will be improved and better adaptation to local conditions will be a focus.

The new rules are claimed to set a balance between the need to carry out controls to ensure consumer confidence in the sector and the burden that this places on farmers and competent authorities alike. Controls are carried out at Member State level, and are unannounced, ensuring their effectiveness. The standard procedure is to carry out annual controls, but the new rules acknowledge that this is not necessarily always needed for established organic producers. For the producers having a clean record after three consecutive years of annual controls, national authorities could decide to control them only once every other year. This will reduce red tape both for farmers and for national administrations.

Organic rules are very clear: certified producers can in no way use any unauthorized substances such as pesticides on their crops. This has always been the case and does not change with the new rules. What the new rules set out are the precautionary measures that operators must take to reduce the risk of accidental "contamination" by pesticides used in conventional crops grown next to organic ones. National authorities are in charge of controlling these measures. Consumers should be able to fully trust that no pesticides have been actively used in the production of the products bearing the EU organic logo and that every possible precaution has been taken to reduce the slight risk of pesticides being accidentally present.

In cases where there are claims that organic products contain pesticides, national authorities are obliged to investigate. Such claims must be clearly substantiated however in order to trigger a formal investigation. The investigation should serve to determine the source and the cause of the presence of such substances, and include any appropriate method to eliminate the suspicion without any unnecessary delay.

The new Regulation not only covers EU organic products but also products imported into the EU from other countries. As regards recognized control bodies, the new rules will be the same for both producers in the EU and those in third countries wanting to sell into the European Union single market. Rather than producing to standards considered equivalent to the EU rules, producers in third countries must now comply with the same set of rules as those in the EU. This is a move from the principle of equivalence to the principle of conformity. This not only creates a level playing field for all producers, who can be assured that they are all obliged to comply with the same set of high standards, but also reassures consumers that organic products sold in the EU, whether produced there or not, meets the same quality standards.

Until now, imported products were certified in accordance with the national rules of equivalent third countries or in accordance with some of the approximately 60 different sets of rules from control bodies which the EU recognized as equivalent to its own organic rules. For example, some control bodies allowed the use of certain plant treatment products which are not used in the EU (in cases, for example, where they treat diseases that are not present in Europe and for which there are therefore no European rules).

The existing arrangements or agreements in place will have to accommodate the new rules whenever relevant within a reasonable timeframe.

Existing recognition of equivalency of third countries that are currently outside the scope of reciprocal equivalence arrangements will have to be transformed into reciprocal trade agreements to give a more solid legal framework for operators. The transitional period of 5 years ensures that both the EU and its partners will have time to negotiate a mutually beneficial agreement.

“Throughout these negotiations, which lasted over three years, the Commission had in mind, at all times, the European consumer who buys organic produce and has reasonable certain expectations about the guarantees that the EU organic logo brings. The new rules endorsed today put an end to the current à la carte system of exceptions. The same rules will apply to all organic producers and products sold in the EU, whether produced domestically or imported. Tighter precautionary measures will also reduce the risk of accidental contamination by unauthorized substances. Consumers will also benefit from greater choice, as the new rules will cover a wider variety of organic food and non-food items than in the past (such as salt, cork or essential oils),” says Hogan.

“Following today's decision by the Council, I hope that the co-legislators can now proceed quickly to conclude a first reading agreement and facilitate the entry-into-force in 2021. This will allow the sector to prepare adequately for a new and supportive legislative environment and help the thriving sector to continue its growth and to reach its full potential, based on the principle of operating on a level-playing field," he concludes.

As consumers become more savvy about their health and well-being, keto formulations are trending in the fats & oils space while health, organic and specialty oils... Read More

Pesticide Action Network (PAN) – a coalition of 600 NGOs, citizen groups and individuals from 60 countries – is calling for the European Commission (EC) to... Read More

Coloring food supplier GNT has expanded its selection of Exberry Organics Coloring Foods with a new range of powder products for dry applications. The move comes amid a... Read More