You are in : All News > Non-EU market appetite for British food and drink grows by 4.9%

Non-EU market appetite for British food and drink grows by 4.9% 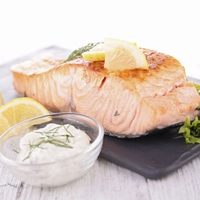 05 Mar 2020 --- Demand for British food and drink exports from non-EU markets such as the US and Japan is driving growth. The latest UK government data shows 2019 as a major year for the UK food and drink export industry with an uptick of 4.9 percent to markets outside of the EU. The UK exported nearly £24 billion (US$31 billion) worth of food and drink, up by more than 18 percent since 2016. Significantly, British seafood and salmon exports increased in Japan.

The US was the UK’s second biggest export market for food and drink last year, worth £2.4 billion (US$3.1 billion) and up by 8 percent in 2019, according to statistics reported by Her Majesty’s Revenue and Customs (HMRC).

This year, the government says it will negotiate new free trade agreements (FTAs) around the world, including with the US, to help UK businesses to trade with and invest in expanding markets.

It stresses that fewer barriers to trade and a buoyant economy translate to real opportunities for business, increased investment into the UK, more jobs, more choice and lower prices for UK consumers.

In Japan, the home of sushi and sashimi, a growing appetite for British produce saw annual UK seafood exports rise to £16.6 million (US$21.5 million), up 65.4 percent on 2018. British salmon also did well in Japan, as exports more than doubled and totaled £13.3 million (US$17.2 million) last year.

One business already taking advantage of growing demand in Japan is The Scottish Salmon Company. The Edinburgh-based firm has recently secured a deal to supply Japanese sushi chain “Genki Sushi” with its brand dubbed Tartan Salmon.

During the Japanese Prime Minister Abe’s visit to the UK last January, the ban on Japanese imports of British lamb and beef was lifted. Since then, the latest figures show that during 2019 exports of British meat to Japan increased by nearly 200 percent and reached nearly £9 million (US$11.6 million).

As part of the UK government’s ongoing Food is GREAT campaign, government and British industry are aiming to boost UK trade in food and drink exports and will continue to work with exporters to help them break into new markets.

“These latest figures show the ever-increasing demand across the globe for high-quality British food and drink. Our food and drink industry will play a crucial role as we look to deepen trade and investment relationships with like-minded partners, such as the US and Japan,” says Secretary of State for International Trade, Liz Truss.

“Our new free-trade agreements seek to secure benefits for every region and nation of the UK, for small businesses and entrepreneurs and for every industry.”

Ian Wright CBE, FDF Chief Executive and Co-Chair of the FDSC, adds: “Food and drink is the UK’s largest manufacturing industry. We have a global reputation for producing innovative, high-quality products. Oceans of untapped export potential still remain. We are working closely with the government to unlock these opportunities and future trade deals will play a big part in ensuring food and drink remains a national success story.”

01 Jun 2020 --- Plant-based cheese, ready meals, seafood and alternatives to eggs are among the most significant opportunities in the plant-based arena, a major survey of over... Read More

Cell-cultured and plant-based seafood: Will COVID-19 boost progression in the sector?

29 Apr 2020 --- As the world learns to deal with the coronavirus pandemic, eating behaviors are already changing. The global population is projected to reach more than 9.8 billion... Read More