You are in : All News > Nestlé scientists uncover low carbon and drought-resistant coffee varieties 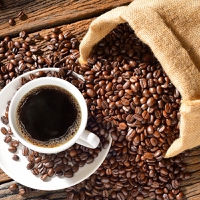 Because more coffee can be produced using the same amount of land, fertilizer and energy, the result is an up to 30 percent reduction in the carbon dioxide equivalent (CO2e) footprint of the green coffee beans.

“Thanks to the expertise of our plant scientists in selection and classical breeding, and by leveraging our rich collection of coffee varieties, we were able to develop this new generation of low carbon and drought-resistant coffee plants,” says Nestlé’s chief technology officer, Stefan Palzer.

“In doing so, we will contribute significantly to the reduction of CO2e emissions associated with coffee consumption. We will also enable farmers in regions affected by climate change to continue to produce great coffee.”

Reducing carbon impact with each sip
Since green beans account for 40 to 80 percent of the CO2e emissions of a cup of coffee, these breakthrough varieties significantly reduce the carbon footprint associated with coffee consumption, Nestlé highlights.

The food giant’s drought-resistant coffee variety that is currently being trialed on fields in Central Africa was found to deliver up to 50 percent higher yields per plant under “moderate” to “severe” water stress. 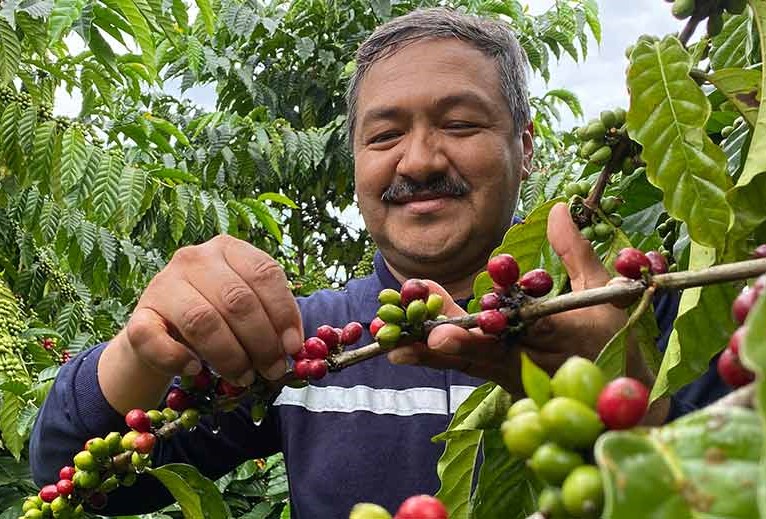 This will support the continuation of coffee cultivation in regions impacted by climate change.

Ultimately, such new varieties will help farmers earn a better living by enabling them to sustainably grow more high-quality coffee on the same amount of land with a lower carbon footprint, Nestlé maintains.

Cultivating next-gen coffee
Similarly, the company is developing new higher-yielding Arabica varieties that are also bred to be more resistant to “coffee leaf rust” – a plant disease that has devastated coffee plantations across the Americas.

This also contributes to a higher yield while using the same amount of fertilizer and land.

Work on new plant varieties is led by the Nestlé Research center for plant sciences in Tours, France.

Through classical breeding, the scientists continuously develop improved coffee varieties which are then tested on the company’s experimental farms in Latin America, Africa and Asia.

The new plantlets developed within this program are proliferated and distributed among global farmers through Nestlé's sustainable sourcing programs and partnerships with local agricultural institutes and cooperatives.

Moves to propagate sustainable coffee
With the company committed to achieving net-zero emissions by 2050, Nestlé last year published a roadmap laying out how it will achieve the goal. Reducing the carbon footprint of key agricultural raw materials such as cocoa, milk and coffee, will play a vital role.

Meanwhile, Nestlé brand Nespresso’s AAA Program promises to reinvigorate areas that have been blighted by conflicts, economic hardships or environmental disasters. By working with coffee farmers to revive the coffee sectors, “forgotten coffee” varieties can be rediscovered and used in NPD, the company emphasizes.

Since 2011, Nestlé has distributed 235 million high-performing coffee plantlets through the Nescafé Plan, and these new varieties are now included in the company’s sustainable sourcing program.

Among other coffee developments, Nestlé recently introduced its touchless coffee machines to offer an extra level of safety as virus-wary office workers return to workplaces. The contactless coffee machines can be controlled via smartphones to allay concerns over viral transmissions.

In NPD news, Silk launched a vitamin-rich plant-based drink Nextmilk, while Gardens of Coffee unveiled a subscription service that allows consumers to have premium... Read More

The Food and Agriculture Organization (FAO) of the United Nations, which tracks monthly changes in international prices of commonly traded food commodities, reports a... Read More