You are in : All News > Mexico Strikes a Deal on Sugar Trade Agreement 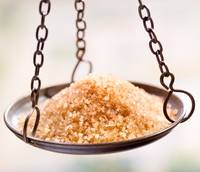 07 Jun 2017 --- US Secretary of Agriculture Sonny Perdue has issued a statement regarding a new agreement between the United States and Mexico regarding the importation of Mexican sugar.

The US Department of Commerce has been reviewing a 2014 agreement with the government of Mexico and the Mexican sugar refiners that suspended anti-dumping and countervailing duties on the import of Mexican sugar into the US. This 2014 Suspension Agreement contained limits on the amount and type of Mexican sugar that could be imported each year. The original date to reach a new agreement was Monday, June 5, 2017, but Commerce Secretary Wilbur Ross extended the deadline to Tuesday, June 6, 2017.

Perdue’s statement is as follows:
“This agreement protects American workers and consumers and marks a dramatic improvement for the U.S. sugar industry.  The accord sharply reduces the percentage of Mexican refined sugar that may be imported into the United States and also lowers the polarity dividing line between refined and raw sugar. We also achieved better pricing agreements for the industry. And significantly, the agreement requires that raw Mexican sugar be shipped flowing freely in the holds of ocean-going vessels, rather than being shipped in packages or by land. Finally, it is of great importance that USDA will have the flexibility to protect the US sugar industry by making polarity adjustments in the event of extraordinary or unforeseen circumstances.  These are important wins in the negotiations, and I congratulate President Trump and Commerce Secretary Wilbur Ross for their tenacity. ”

“Ingredion supports open borders to facilitate sweetener trade. We appreciate the work of Secretary Ross and Mexico's Economy Minister Guajardo to reach an agreement on this important issue. Thanks to their cooperation and efforts, the new agreement protects against unfair trade practices while ultimately preserving US jobs and cross-border market access,” said Jim Zallie, Ingredion executive vice president and president, Americas.

ADM Commends US and Mexico
ADM commends the US and Mexico for reaching an agreement in principal that aims to preserve cross-border trade of sweeteners between our two countries.  Ensuring continuity of trade provides stability for the U.S.-Mexico integrated sweeteners market, which benefits consumers and producers of food and agriculture products across borders.

“We applaud the leadership of U.S. Department of Commerce Secretary, Wilbur Ross, and his team, for their commitment to pursuing an outcome that will benefit U.S. farmers and America’s agriculture communities that depend upon Mexico as a critical export market.”

“ADM supports policies that ensure the free and fair flow of trade, which is essential for feeding the world and bolstering opportunities for America’s rural economies.”

“The agreement prevented potentially significant and retaliatory actions by the Mexican sugar industry and sets an important tone of good faith leading up to the renegotiation of the North American Free Trade Agreement.  I maintain that if the rules are fair and the playing field is level, American agricultural products will succeed, thrive, and lead the way.”

For more than a century, the people of Archer Daniels Midland Company (NYSE: ADM) have transformed crops into products that serve the vital needs of a growing world. Today, we’re one of the world’s largest agricultural processors and food ingredient providers, with more than 32,300 employees serving customers in more than 160 countries. With a global value chain that includes 428 crop procurement locations, 280 ingredient manufacturing facilities, 39 innovation centers, and the world’s premier crop transportation network, we connect the harvest to the home, making products for food, animal feed, industrial and energy uses. Learn more at www.adm.com

17 Dec 2019 --- Distributor of specialty chemicals and food ingredients Azelis is set to acquire 100 percent of the outstanding shares in Megafarma, a premium Mexican specialty... Read More