You are in : All News > Luker Chocolate spotlights biodiversity as key to taste and sustainability demands

07 May 2021 --- Biodiversity is a vital aspect of high-quality chocolate production, according to Colombia-based Luker Chocolate. Julia Ocampo, the company’s director of sustainability, speaks to FoodIngredientsFirst about how this impacts everything from taste to consumer demands for sustainability.

“Biodiversity includes genetics, species, and ecosystems. With Colombia being the second most diverse country in the world, we go to great lengths to ensure all of our cocoa farming practices preserve the environment around us,” she states.

Ocampo emphasizes that nature provides life. “Oxygen, food, clothing and medicinal supplies are just some of the ways nature helps us live. Diversity in nature is the key for the sustainability of our planet and our lives. Around 12 million young people live in the countryside in Colombia. Protecting biodiversity protects their homes and their futures.”

Boosting quality
Biodiversity can be more than just a corporate obligation – it can also improve the quality of the actual product. For example, it is reflected in flavor.

“The taste of Fine Flavour Colombian Cocoa corresponds to a balanced mixture of genetics and ‘terroir,’ which includes the existing biodiversity in soils from other species. This includes forest trees, corn, beans and banana, for example. Without a robust, diverse ecosystem, Fine Flavour Cocoa wouldn’t be possible in Colombian cocoa farms,” explains Ocampo.

Additionally, biodiversity taps into consumers’ growing demands for products that have a minimal impact on the environment.

According to Innova Market Insights, which crowned “Transparency Triumphs” as its Top Trend for 2021, six in ten global consumers are interested in learning more about where foods come from.

“With the rise of the conscious consumer, cocoa sustainability is becoming more widely discussed,” points out Ocampo.

Other cocoa companies addressing their sourcing include Cargill, Barry Callebaut, Hershey’s and Mondelēz. 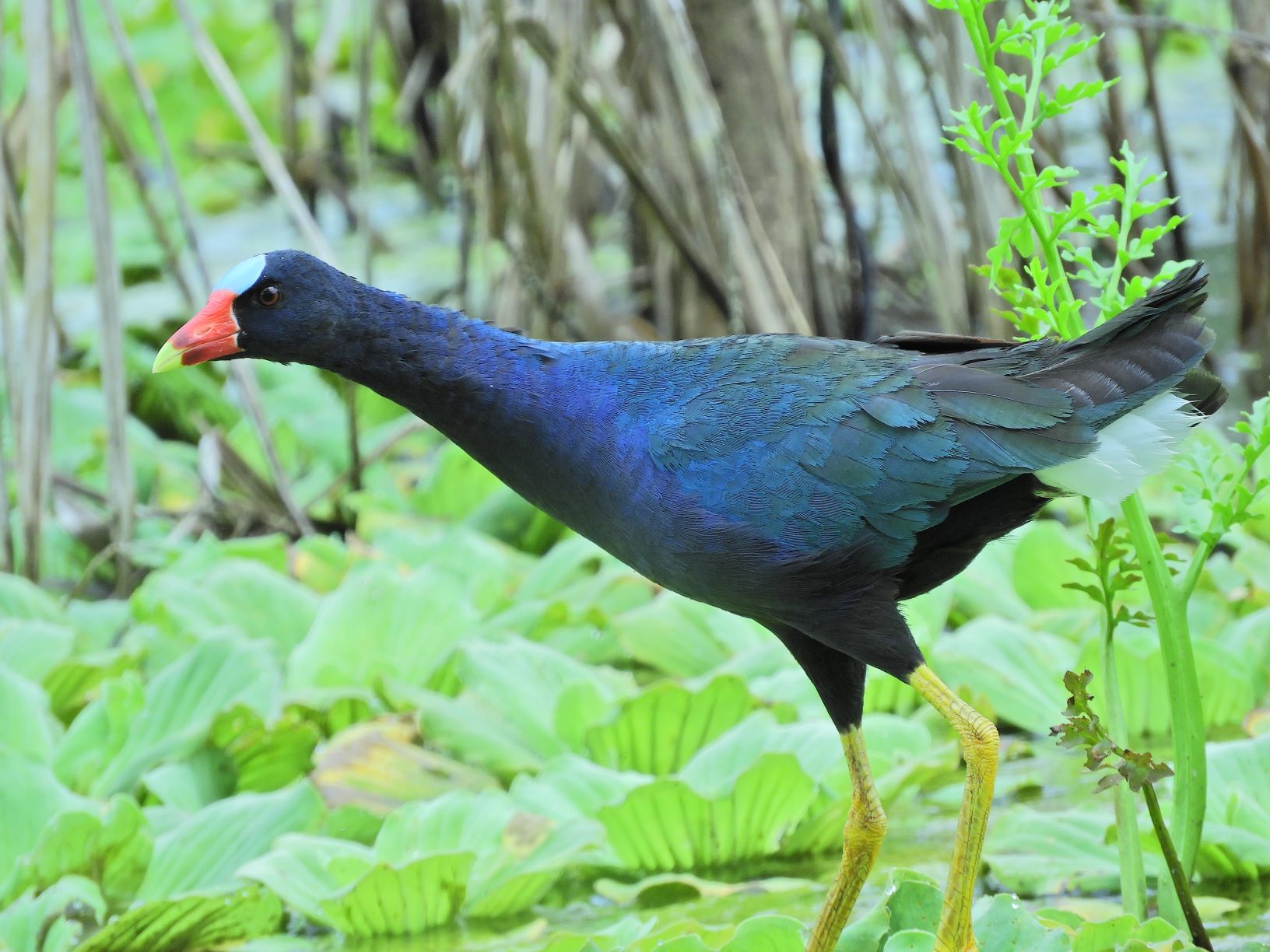 Among the birds on Luker’s land are the Caribbean Guacharaca, Chauna chavarria, Tinamus major and Ramphastos ambiguus.

Country-specific considerations
Ocampo explains that during this sustainability discussion, it’s important that individuals recognize the diversity of issues across the cocoa value chain. These issues vary from country to country; every origin experiences its own challenges.

In the case of Colombia, which has seen many years of armed conflict, the communities have their hopes placed on the cultivation of cocoa as a source of income that brings development and stability to their regions.

“Fortunately, this hope is increasingly matched with today’s consumers placing a greater value, not only on the fine taste and aroma of our chocolate, but also on its power to build equity and prosperity for cocoa growers,” notes Ocampo.

Luker believes that evolution in how consumers are setting their preferences is sure to benefit cocoa farmers, their communities and the environment in the long term.

Multi-faceted challenges
One of the main barriers to safeguarding the environment in the cocoa industry is the culture of indulgence and the trade of endemic animals.

Ocampo says that this, partnered with challenges around the production of illicit crops and illegal mining – activities that often take place in the heart of diverse forests – presents significant barriers to ensuring biodiversity across Colombia’s cocoa farms.

However, Ocampo does not believe that stricter policies for cocoa production in Colombia are the solution. “To make progress, we need to work together to combat these issues.”

In this space, Luker operates a collaborative plan called The Chocolate Dream. It aims to provide sustainable well-being to more than 2,200 families and encourage awareness of the environment among cocoa producers and young people who attend schools in rural areas.

“We invite the public, private institutions, non-governmental organizations, the academy and our clients to participate in projects to promote environmental care,” she adds. 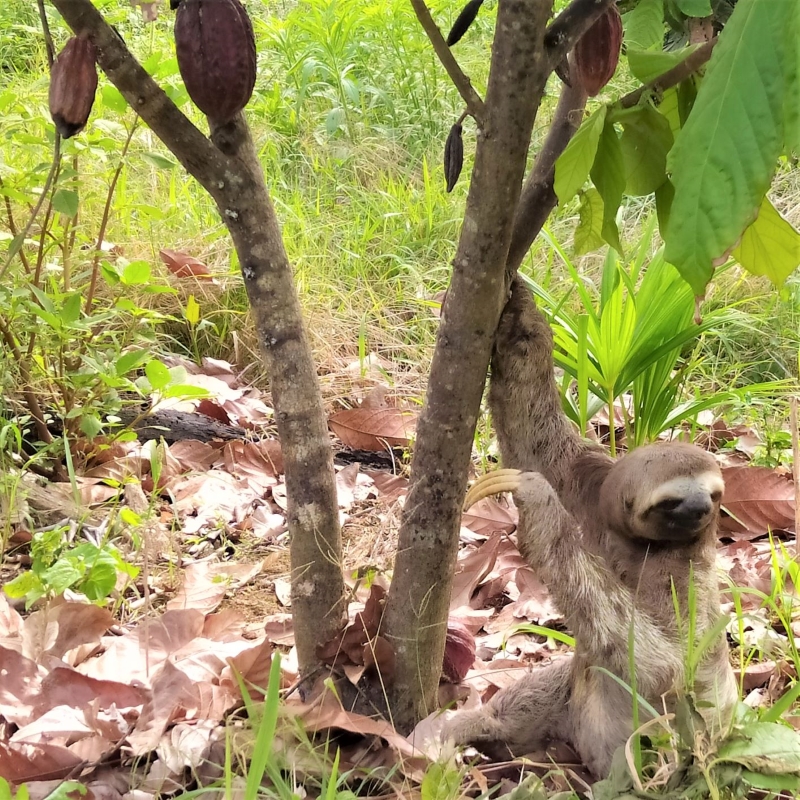 In Colombia, the conscious effort to protect biodiversity is widespread.

Under the preserving native varieties umbrella, Luker exclusively promotes the production of Fine Flavour Cocoa from the native Criollo and Trinitario varieties. “Only 8 percent of the world’s cocoa has this unique flavor profile, which is why we’re working hard to preserve it,” says Ocampo.

Luker also trains small producers carrying out rehabilitation work on their plantations. This not only preserves these native cocoa varieties, thereby boosting biodiversity in the local area, but also increases the income available for cocoa farmers.

Within protecting migratory and endemic species, Colombia ranks first in the diversity of birds in the world, second in plants, amphibians, butterflies and fish, third in palms and reptiles and fourth in mammals.

Luker promotes the conservation of these species by monitoring which animals are present in its farms, both migratory and endemic.

For example, Luker’s local biologist, Pablo Ovalle, has found and reported more than 132 species of birds in its cocoa farms.

“Following Pablo’s findings, we created teams of environmental guardians that operate across each of our farms. These individuals monitor and care for all of the different animals found in our fields: white-tailed deer, sloth bears and chameleons, and more.”

Finally, cacao in Colombia is grown under agroforestry systems (AFS), which replicate the natural conditions of the Amazonian tropical forest in which this species originated.