You are in : All News > Lallemand Brewing debuts yeast ingredient for flavored beer 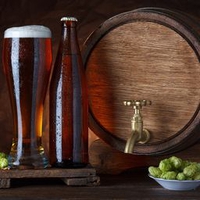 04 Sep 2020 --- Lallemand Brewing has launched WildBrew Philly Sour, the company’s first non-Saccharomyces species, which gives a sophisticated sourness to beer without the need to use bacteria. Notably, a large number of consumers have shown interest in making beer at home in the last few months during the COVID-19 pandemic and this particular yeast offers an easy way for them to make sour beer without using bacteria. The company expects to see continued growth in the segment for flavored beers and brewing.

Speaking to FoodIngredientsFirst, Andrew Paterson, Technical Sales Manager for the UK and Scandinavia at Lallemand Brewing, says “the growing interest in sour beer comes from micro/craft breweries who are creating modern sour beers drawing on inspiration from traditional sour beer styles still found in parts of Belgium, the Netherlands and Germany.”

“The strain is launching globally,” Paterson notes. “Lactic acid is the main acid found within sour beers and is responsible for the sour taste increasingly enjoyed by craft beer consumers. Specific strains of bacteria and yeast produce lactic acid. Without them, it is not possible to create authentic sour beer. Traditionally these bacteria would have colonized brewing fermentations from the environment and souring would have been slow and inconsistent. Laboratory cultured strains produced by Lallemand allow for souring in a timely and consistent manner.”

Lallemand has been launching new products for this segment under the Wildbrew name. Its first dried Lactobacillus strain for brewers, Wildbrew Sour Pitch, designed for kettle souring, was released in 2017.

“Since then, we have launched another Lactobacillus strain, Wildbrew Helveticus Pitch. Now, Wildbrew Philly Sour provides yeast from Lachancea [which is] able to create lactic acid during primary fermentation,” he notes. 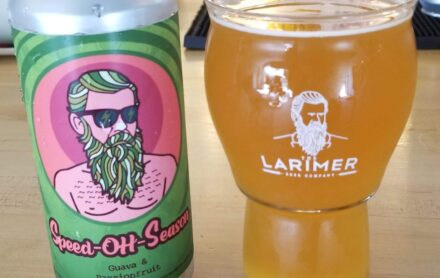 Click to EnlargeThe Larimer Beer Company in Chester PA has launched a guava and passion fruit sour “Speed-oh-Season Fruit Tart” made with WildBrew Philly Sour. COVID-19 hits beer sales?
Launched two months ago in the middle of the COVID-19 crisis, WildBrew Philly Sour is already a success for commercial brewers that are slowly coming back into business and a hit with homebrewers, says Lallemand Brewing.

When asked whether the COVID-19 pandemic has affected demand for beer, Paterson revealed an “initial dip in demand from brewers around Europe as companies looked to reduce inventories in case of prolonged closure.”

“Since then, we have seen demand return to pre-lockdown levels across most of Europe. In contrast to the initial drop in sales to commercial breweries, sales into the homebrew market have grown throughout lockdown and in the case of many products they are now at the highest level they have ever been,” he elaborates.

What’s trending in beer?
Yeast and bacteria are increasingly seen as part of the brewers toolbox. While overlooked for decades, the influence of yeast and bacteria on positive flavor outcomes in beers is now of interest to many, Paterson highlights.

“Brewers are realizing how they can use these products to manipulate flavors produced during fermentation, from accentuating hop flavor with yeasts capable of inducing biotransformation of hop compounds, to fruity esters produced by the yeast itself. Low-alcohol brewing both by use of special yeasts and by new technologies is a strong area for growth. [It is] set to continue as a new generation of health-conscious consumers look to reduce their overall alcohol consumption.”

Moreover, fruit-flavored beers or beers including fruit juices and purees have been popular for a few years now, adds Paterson. “New England IPAs, Sours and the Milkshake style niche seem to particularly suit fruit additions. I would expect continued growth in this segment.”

“We have an exciting new product pipeline, which should deliver interesting products far into the future,” Paterson continues. “Our yeast ingredient innovations allow brewers to create interesting and flavorful beers as consistently as possible,” he concludes.

07 Apr 2021 --- Scientists are reporting a new way to extract the protein and fiber from brewer’s spent grain and use it to create new types of protein sources. Homebrewing... Read More

Yeast proteins could be answer to plant-based challenges, says Biospringer

01 Apr 2021 --- Biospringer has produced nutrient-dense proteins from yeast in line with market demands, which it says can answer today’s major food trends, and are... Read More

01 Mar 2021 --- The spice of time is an integral ingredient on its own, used for millennia in fermentation processes to unlock new dimensions of flavor. Today, these biological... Read More