You are in : All News > Kraft Heinz replaces CEO in US$15bn writedown aftermath

The move follows a terrible year at Kraft Heinz. The company – which is trying to expand into new categories – wrote down the value of the Kraft and Oscar Mayer brands by US$15 billion, posted a US$12.6 billion loss and reduced its dividend by 36 percent in February. At the time, the company also revealed it had received a subpoena from the US securities and exchange commission and cut its dividend by a third. 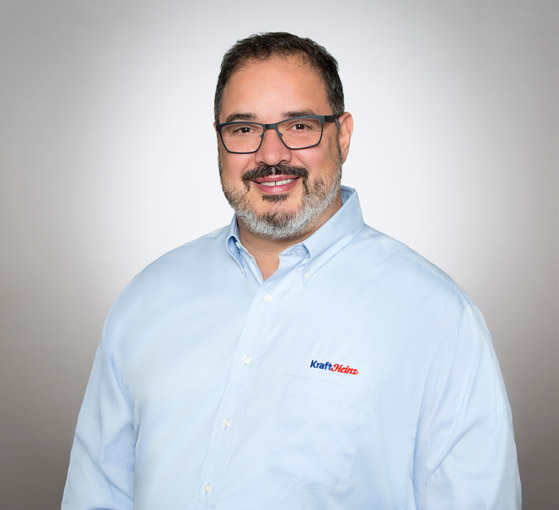 The Kraft Heinz Company’s Board of Directors has appointed former Anheuser-Busch InBev executive Miguel Patricio as Chief Executive Officer effective July 1, 2019.Shares of Kraft Heinz rose 1.3 percent in morning trading yesterday following the announcement. The iconic food company’s stock, which has a market value of about US$40.2 billion, has fallen more than 43 percent in the last year. The company is struggling to keep up with changing consumer tastes and stiff competition from new brands. Kraft Heinz has been hurting as consumers looking for fresher, healthier food pivot away from its familiar stable of brands like Jell-O, Kool-Aid and Velveeta.

Investors have also questioned moves by 3G Capital, the Brazilian investment firm that engineered Kraft's tie-up with Heinz in 2015 along with Warren Buffett's Berkshire Hathaway. The firm has cut costs at Kraft Heinz, but some analysts say it hasn't invested enough in new product development.

A native of Portugal, Patricio will join the Company after a successful career spanning two decades at Anheuser-Busch InBev (AB InBev), where he served as part of the Executive Leadership team in various positions, driving organic growth and industry-leading margins.

“Miguel is a proven business leader with a distinguished track record of building iconic consumer brands around the globe, driving top-line revenue growth through a focus on consumer-first marketing, innovation and people development,” says Alex Behring, Chairman of Kraft Heinz’s Board of Directors.

“I want to personally thank Bernardo Hees for leading the Company through its first phase,” says Marcel Herrmann Telles, a member of Kraft Heinz’s Board of Directors. “I’ve worked with Miguel over the course of the past 20 years, and he is a natural business leader. From attracting and nurturing the best talent to leading the turnaround of the AB InBev China business into the phenomenal success it is today, Miguel has one of the best brand-building minds in the industry.”

At AB InBev, Patricio served as the Global Chief Marketing Officer from 2012 to 2018. In this role, he helped develop and implement a strategic playbook for global brands Corona, Budweiser and Stella Artois, accelerating organic sales growth to high single digits. This represented more than one-third of AB InBev’s organic growth and accounted for more than 20 percent of AB InBev’s 2018 year-end global revenues. In his final year as Chief Marketer, AB InBev was the most awarded brand owner at Cannes Lions 2018, the global benchmark for effective creative marketing communications.

Before that, he was AB InBev’s President of Asia Pacific from 2008 to 2012 and President of North America from 2006 to 2008, providing him with deep experience in growing businesses in developed and emerging markets.

Kraft Heinz wrote down the value of the Kraft and Oscar Mayer brands by US$15 billion, posted a US$12.6 billion loss and reduced its dividend by 36 percent in February.As President of Asia Pacific, Patricio set the foundation for the growth of the China business by defining a long-term strategy focusing on the premium market, growing Budweiser to become the leading brand in China, and expanding the growth of local brands such as Harbin. This led to the transformation of AB InBev Asia Pacific, which grew from revenues of US$1 billion in 2008 to US$2.7 billion in 2012, making it the number one beer company in China. Asia Pacific now represents approximately 15 percent of the company’s global revenue and 18 percent of global volumes.

Before AB InBev, Patricio has worked at other consumer companies including Philip Morris, The Coca-Cola Company and Johnson & Johnson in Latin America, New Jersey and Georgia.

“Kraft Heinz is an incredible company with iconic brands that are loved around the world,” Patricio says. “It will be a privilege and an honor to lead such a talented group of employees as we focus on the consumer to capitalize on the growth opportunities that exist in the rapidly evolving food industry.”

“I would like to thank Bernardo personally, and on behalf of the Board, for his many contributions to Kraft Heinz over the last six years,” Mr. Behring added. “He helped transform the food industry by leading the acquisition of Heinz in 2013 and the merger of Kraft and Heinz in 2015. Under Bernardo’s tenure, Kraft Heinz achieved industry-leading margins and sales performance in line with its U.S. peers, developed an organization with best-in-industry quality standards, and built in-house capabilities for category management, including revenue and assortment management. We appreciate his contributions.”

However, the recent share-price collapse prompted Buffett, whose Berkshire Hathaway has a 27 percent stake, to admit he had overpaid for Kraft’s merger with Heinz.

The Kraft Heinz Company, owner of the Heinz and Quero brands in Brazil, has acquired a majority stake in Companhia Hemmer Indústria e Comércio (Hemmer), a... Read More