You are in : All News > Kirin Holdings’ beta-lactolin targets Japan’s “super-aged” society with memory-supporting F&B

03 Mar 2021 --- Beta-lactolin, Kirin Holdings’ new functional ingredient, is launching in a beverage, yogurt and supplements in Japan this spring to “support the maintenance of memory, which declines with age.”

It targets those who are healthy, but have started to become forgetful or slower in making decisions due to the natural aging process.

“Beta-lactolin is distinct compared to other ingredients in that it works directly on cognitive function by increasing the neurotransmitter dopamine,” Kozue Takayoshi, assistant manager of corporate communication at Kirin Holdings, tells NutritionInsight.

New products to be released throughout Japan include beta-lactolin by Kyowa Hakko Bio on April 20 and a Kirin beta-lactolin beverage by Kirin Beverage Company on May 11.

Koiwai Beta-lactolin Milk, a dairy-based drink from Koiwai Dairy Products Company will be released in select areas on May 18. Lastly, Megmilk Snow Brand is collaborating with Kirin to release a Kiokukea Yogurt βlactolin in Japan on June 8. 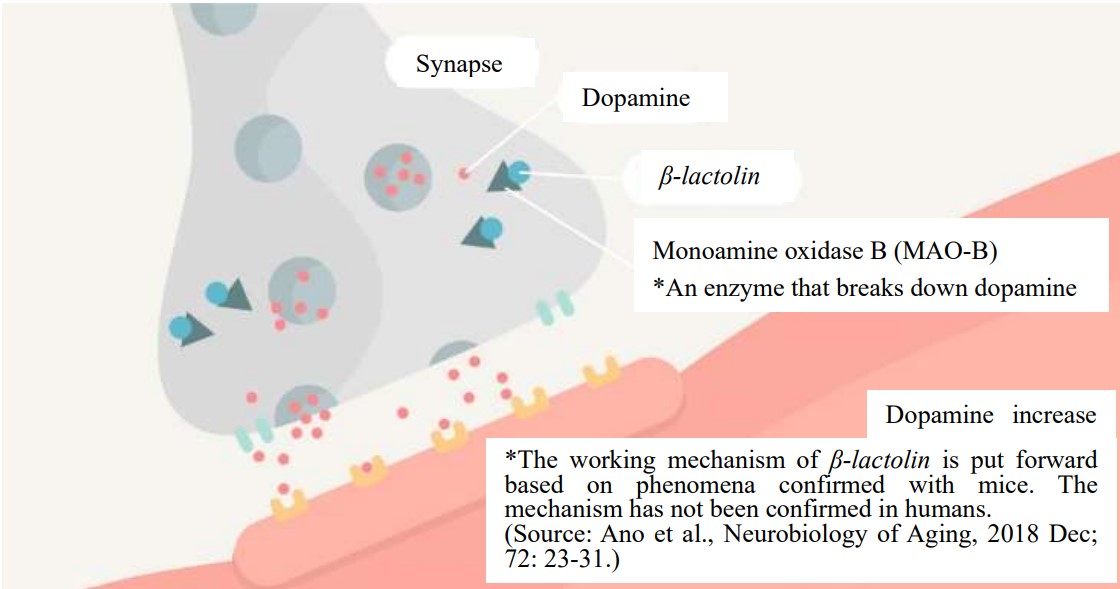 The whey protein-derived peptide is “a world first” for its specific mechanism of action, which increases the neurotransmitter dopamine, explains Takayoshi.

“The increase in dopamine stimulates neuronal activity in the prefrontal cortex and hippocampus, the brain regions responsible for memory.”

“Through this mechanism, beta-lactolin helps people retain their capacity for memory,” she adds.

Science of the ingredient
Beta-lactolin was first discovered in 2014 during Kirin Holdings’ research on camembert cheese with the University of Tokyo and Koiwai Dairy, explains Takayoshi.

Kirin focused on epidemiological studies that showed daily consumption of dairy products is beneficial for retaining memory capacity and other cognitive functions.

Through this research, Kirin discovered the effect of milk-derived beta-lactolin on the maintenance of brain cognitive function.

Four years after the discovery of the peptide, a paper documenting its dopamine-promoting effects in mice was published.

Kirin then applied its expertise in fermentation to develop an ingredient that makes it easy to efficiently consume beta-lactolin.

Healthy aging on the rise
Japan’s average life expectancy continues to increase, and the country has entered a “super-aged” society in which one in four people is elderly, notes the company.

Given that an estimated one in five elderly people will suffer from dementia in 2025, healthy aging is a social issue.

For this reason, the Kirin Group launched Kirin Brain Research to develop the new solutions mainly in food to promote brain health.

Kirin Brain Research based on Kirin’s technology contributes to promoting brain health in an effort to help resolve social issues.

Ingredia’s Lacitum decapeptide from milk has also enjoyed success as an ingredient targeting brain health through its capacity to help users adapt to stress.

Lastly, lactoferrin from milk has seen further growth as demand for immunity ingredients remains at an all-time high.

Kirin Beverage’s newly released plan for this year centers around a rising emphasis on health and wellness among consumers, indicating the brand is shifting away... Read More

With a rapidly aging global population, Beneo argues the 50+ market holds lucrative potential for ingredients like isomaltulose and prebiotics. To succeed, it is crucial... Read More