You are in : All News > KFC “sorry” after linking chicken promotion to Kristallnacht 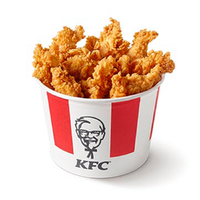 11 Nov 2022 --- KFC has landed in some hot oil after its app released a message advertising its cheesy chicken during a World War II commemorative day. The fast food chain has issued responses to the public condemnation of its “hideous” blunder in an attempt to relieve tensions among the Jewish community.

Earlier this week, the restaurant had sent an app alert stating: “It’s memorial day for Kristallnacht! Treat yourself with more tender cheese on your crispy chicken. Now at KFCheese!”

The Kristallnacht event – also known as the Night of Broken Glass – took place in 1938 when a Nazi-led series of attacks in Germany saw more than 90 people killed. Its name refers to the broken glass that littered the streets after windows of Jewish-owned stores, buildings and synagogues were smashed.

Daniel Sugarman, director of public affairs at the Board of Deputies of British Jews condemned the KFC advertisement as “absolutely hideous.”

It is commonly pointed to as the beginning of the Holocaust.

Internal mishap
KFC issued an apology after its inflammatory message, blaming it on “an error in our system.” This was followed an hour later with the statement: “We are very sorry, we will check our internal processes immediately so that this does not happen again. Please excuse this error.”

Daniel Sugarman, director of public affairs at the Board of Deputies of British Jews underscored the KFC advertisement as “absolutely hideous.”

“How wrong can you get on Kristallnacht KFC Germany. Shame on you,” remarked Dalia Grinfeld, the associate director of European affairs at the Jewish NGO Anti-Defamation League, in a Twitter statement.

The restaurant flags its own “automated push notification” that had been “linked to calendars that include national observances,” which led to the misstep.

The company adds that it “sincerely” apologizes for the “unplanned, insensitive and unacceptable message.” It has further noted that its app communications have been suspended while it continues to look into the matter.

“We understand and respect the gravity and history of this day, and remain committed to equity, inclusion and belonging for all,” the company concedes.