You are in : All News > KEY INTERVIEW: Matsutani Brings its Astraea Allulose to the Market, With Added Health Benefits 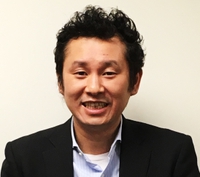 29 Feb 2016 --- Japanese modified starch and dietary fiber company Matsutani Chemical Industry Co. Ltd.  has been involved in the development of the allulose monosaccharide, a rare sugar now used as a  low-calorie sweetener, for more than 20 years. As a key player in the research and development of the conversion of this rare sugar into an economically viable mass-market sweetener, Matsutani remains at the forefront of its application and bringing it to the market.

Yuma Tani is the deputy research & development manager and has followed the development of allulose since Matsutani started to work with Professor Ken Izumori at Kagawa University in Japan. Izumori first discovered the enzyme, technology and method to develop the sweetener in 1994. Tani spoke to FoodIngredientsFirst about this revolution in natural sweeteners that brings almost the same sweetness as sugar, but with a fraction of the calories and no bitter aftertaste.

“When Professor Izumori found the right enzyme to convert a rare sugar such as that found in starch into a product with large availability, it gave the food and beverage market the opportunity to use a sweetener that could be made on a large scale,” says Tani. “Government funding was forthcoming and the university in Japan worked on the development of the enzyme. Matsutani became the commercial partner for the project.”

This close connection means that Matsutani has been committed to the development of commercial allulose for over 20 years and also gives it an insight into opportunities that few other commercial organisations have. The cost of allulose has been reduced by much more than ten times as a result of the research, and now it is possible to sell to the food industry at a reasonable price.

“The allulose monosaccharide in its natural form cost around $1,000/g, due to its rare commodity status. However, the addition of the enzyme that can produce the sweetener on a larger scale meant that costs to the industry were reduced by around ten times to $100/g. However, this was still not low enough to sell to the food industry for commercial use,” says Tani. “It’s taken nearly 20 years, but we now have a product that is priced low enough for commercialization.”

In addition to the reduced cost price, in 2014 allulose was granted GRAS (generally regarded as safe) status by the US Food & Drug Administration and that has meant that more and more companies are willing to use the sweetener to replace sugar in their products.

“Not many food manufacturers are using allulose today except in Japan,” says Tani. “New product development of these kinds of products can take years. However, Matsutani’s Astraea Allulose will soon be available in Asia and the US. It is currently used predominantly in supplements and many Japanese food companies have started to market products with this low-calorie sweetener in it.”

Allulose is currently not permitted for use in Europe, but Tani does see that changing in the near future. “EFSA is more conservative when it comes to permitting new products. However, allulose is currently consumed naturally already, so I believe that it is safe as a food ingredient. EFSA processes are longer because of careful review means that this product is significant”

The applications for which allulose can be used are vast. It tastes just like sugar, according to Matsutani, and can be used in a 1:1 ratio, while the caloric value is significantly lower. Tani says that this sweetener will be best suited to the beverage market, as well as bakery, confectionery and the table-top sugar replacement market.

As well as simply mimicking sugar, Tani claims that Astraea Allulose  could make significant health claims depending on the country, giving it further health benefits over other low-calorie sweeteners. Matsutani has applied for a Food For Specified Health Use (FOSHU) claim for Astraea Allulose due to its effect on post-prandial blood glucose, which has been shown to reduce the likelihood of type-2 diabetes, an increasingly common condition in our obesogenic society. With a health claim attached to it, the uses for Astraea Allulose could become even more pertinent and wide-spread. And although Tani believes that such a claim would be difficult to make in the US, in other parts of the world, particularly in Asia, such a claim could be made. He anticipates that it will take another two years for the FOSHU claim to come to market.

Tani explained that allulose is not the only rare sugar that Matsutani is involved with. There are around 50 rare sugars, each with its own rare functionality and enzyme. In the future, he hopes that the development of these sugars can be attained in faster than 20 years so that the health benefits can become available to consumers as soon as possible.

“We hope that these low-calorie sweeteners can help to cure a number of health issues, particularly for those people who struggle to get health care. It could help not only for people to eat well, but also in curing certain health issues as well as health maintenance. We certainly hope to be able to introduce more such sugars in the future and as a company that has invested heavily in the development of allulose, we differentiate from other companies,” Tani concludes.

Joywell Foods, a developer of sweet proteins through the microbial fermentation of plant-derived sweet proteins, has raised US$25 million series B funding round, which... Read More