You are in : All News > Israel’s Strauss Group’s Q1 results flag eroded coffee profits, propped up by US hummus sales 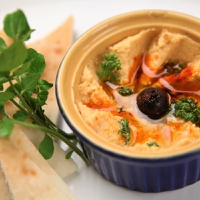 25 May 2020 --- Israel-headquartered food products manufacturer Strauss Group (formerly Strauss-Elite) has wrapped up Q1 2020, which was marked by pandemic-related headwinds. The company’s income in the quarter was NIS 2.17 billion (US$615 million), reflecting organic growth – excluding foreign currency effects – of approximately 8.1 percent compared to the Group’s income in the corresponding period last year. Exchange rate volatility was noted to have eroded income, particularly in the company’s coffee business, while a sharp increase in hummus sales in the US was reported to boost overall revenue.

“We are announcing our results for the first quarter, part of which was impacted by the outbreak of COVID-19, impacts that will continue to accompany us at least until the end of the year. As a socially responsible business company, we first and foremost took steps to maintain our production activities, while granting uncompromising priority to the health and safety of our people and the safety of the products we manufacture,” says Strauss Group CEO Giora Bardea.

“These times have uniquely enhanced the role of food in people’s lives. The pandemic reminded everyone how vital it is to cultivate a local food industry that is connected to local agriculture, not only in Israel but everywhere in the world. These times emphasize the advantages of being close to your raw materials, and how crucial it is to maintain transportation and supply capabilities for raw materials and food to supermarkets and homes,” he further stresses.

Indeed, F&B businesses across the globe have made significant shifts toward local sourcing, direct sales and alternative production sites in recent months, which are strategies accentuated during the crisis. FoodIngredientsFirst recently spoke to key global players in a report examining how businesses are changing gears to overcome hurdles in today’s compromised trading climate.

“In the first quarter we felt the impact of the coronavirus outbreak in our business in China during most of the period, whereas in other countries of operations the effect was mainly in March, but continued into April and May – months in which most of the countries in the world experienced extended lockdowns,” notes Bardea.

“The Group has assigned dedicated funds as part of its social plan to support those who faced the front line of this crisis, including the company’s front line employees, helping suppliers and regularly supplying food packages to senior citizens and medical teams. These activities were implemented across a number of geographies. The key challenge now is to optimally manage the days after the crisis and to prepare for a potential second outbreak of the virus should it occur, in accordance with our strategy for the following years,” he details.

Group performance
Revenue growth is primarily the result of growth in Strauss’s sales in Israel, as well as growth in Sabra’s (hummus brand) sales in the US in March. This sharp increase in sales had a significant effect on the entire quarter. However, impacted sales to the institutional market and food services, mainly within the Group’s coffee business, and the closure of the Elite Café chain, was noted to have a negative effect on the company’s results.

The income of Strauss and Haier Group’s JV in China, Qingdao HSW Health Water Appliance Co. (HSW), dropped by 31.2 percent in the first quarter, while the income of its coffee business, notably in Brazil, was materially affected by negative translation differences – an effect that has “continued, and even intensified,” in the second quarter. Exchange rate differences throughout the entire quarter lowered the company's revenues by approximately NIS 100 million (US$28 million; of which approximately US$22 million is due to the depreciation of the Brazilian real against the shekel). This currency erosion is the main reason for the difference in sales growth in local currency and in shekels.

08 Jul 2020 --- Nespresso is investing CHF 160 million (US$169.9 million) to expand its Romont production center in Switzerland to meet increasing consumer demand for its... Read More

15 Jun 2020 --- Synergy Flavors has launched a range of coffee flavors in Asia in response to the growing demand for authentic coffee-flavored products. According to Pier Yuan,... Read More