You are in : All News > Ingredients consolidation: Appetite for adjacent and natural expansion still strong, says M&A practitioner

13 Feb 2019 --- M&A activity in adjacent non-traditional areas, as well as forays into natural raw materials are set to continue to top the food ingredients mergers scene, should favorable market dynamics remain. This is according to Tim Larsen, Managing Director in Houlihan Lokey’s Consumer, Food & Retail Group, who notes that a new world exists where every plant or botanical is a potential source of taste nutrition and function.

“The themes that we continue to look for are steps into new end markets that may historically not have been areas of strength for global flavor and ingredient companies; naturals and pet food and dairy-based ingredients being a few key examples,” Larsen, who focuses on a variety of sub-sectors within food & beverage, tells FoodIngredientsFirst.

In terms of M&A potential, companies capable of delivering taste, function and nutrition from natural raw materials, are a second theme to look out for. “It could be a company with strength in procuring and extracting from vegetables or fruit, coffee or other botanicals. In a traditional view, these are a range of commodities in the food and beverage area. But in this new world every fruit, vegetable, plant or botanical is a potential source of taste nutrition and function if you have the supply chain and extraction capabilities to isolate the part that has end value,” he notes.

Larsen believes that we are still in a favorable marketplace for food ingredient business M&A. “I am confident that the strategic focus of the large companies in this space has a big M&A component to it,” he says. “Provided that the markets stay strong and that the large corporates taken as a whole remain focused on M&A rather than exclusively focused on internal initiatives, I am confident that there will be a big place for M&A as long as those boxes are ticked,” the M&A practitioner notes. 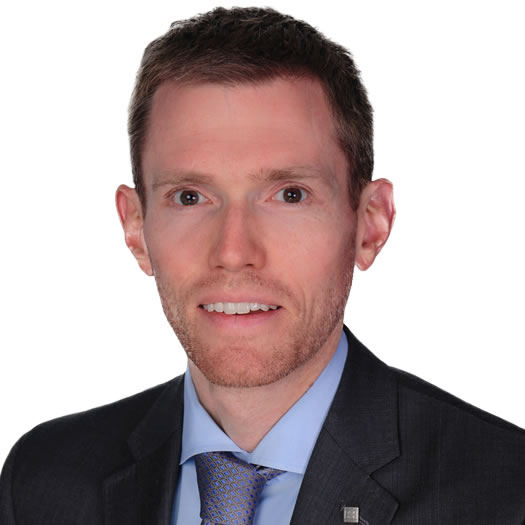 “It’s interesting how Symrise has made another sizeable move into pet food ingredients, which is an area that most of us would not consider to be a typical power alley for a global flavor company,” Larsen notes. “I think it is an indication that at least some of the big global flavor companies are increasingly looking at both adjacencies like pet food where they have not been as strong historically, while also really focusing on the ability to deliver solutions from natural sources. In the case of IDF/ADF, for example, the company is providing value to the end product not from chemicals, but from natural sources such as eggs,” he adds.

Symrise made a first foray into pet food ingredients with the acquisition of France’s Diana Group for US$1.8 billion in 2014. Since then, there have been several major acquisitions by fellow flavor behemoths, most notably Givaudan acquiring Naturex and IFF buying Frutarom during a healthy 2018. This latest news suggests further consolidation during 2019, as major flavor players look beyond their base to target the more holistic concept of taste.

Larsen reconfirmed that major flavor players are increasingly focused on expanding their capabilities in delivering taste, function and nutrition from natural sources. “Givaudan has acquired Naturex and has made some other moves into fermented dairy, for example. Firmenich has bolstered their position in naturals with the Natural Flavors acquisition and they made a move into natural and clean label savory solutions with the acquisition of Campus ingredients. IFF acquired/targeted Frutarom, and Symrise first did Diana and now has announced IDF/ADF,” he explains. “All of these could be construed as movements into adjacencies, where these companies may traditionally not have been thought of as strong,” Larsen adds.

Despite the mass consolidation in flavors, there are still other major players in flavors such as Wild [under ADM’s ownership] and Kerry. While Larsen admits that opportunities for consolidation in this space are becoming fewer and far between, he stresses that this is only part of the reason why you see big flavor making the moves they are.

“The flavor consolidation opportunities are increasingly scarce, but I believe that is only a small piece of why big flavor is looking at adjacencies, new end markets and new natural sources of ingredients. Part of it is that the world is moving toward natural and also migrating to different end markets,” he explains.

There is also the reality that these larger companies are in many cases highly indexed to big consumer branded food companies, which are generally not growing quickly. “Moves into pet food, which is a sector that has outgrown the food market in the last couple of decades, are interesting strategic choices,” he adds.

Technologies are also much sought after, with IFF also acquiring PowderPure in 2017, for example. PowderPure utilizes its patented Infidri drying technology to create all-natural food ingredients by eliminating water while leaving the taste, nutrition and color matrix intact. “These types of companies may historically have been thought of as niche because they are doing some specialized processing or extraction of raw materials. If you take a broader view and look at ingredients holistically, there are many more opportunities for strategic steps in a new direction,” Larsen says.

Another trend is the focus on serving mid-size customers. Tastepoint by IFF, which was launched in 2017, is a new company designed to service the dynamic middle-market customer in North America. Tastepoint by IFF represents the merger of David Michael & Co. and Ottens Flavors, two American companies with long histories in the industry. Houlihan Lokey represented the two acquired companies.

“IFF was very public in saying that acquiring those two businesses, which now are part of TastePoint, was really about having a differentiated service model for mid-size customers who tend to innovate more quickly and get products to market more quickly,” Larsen notes. “Firmenich made a similar move in fragrances with their Agilex Fragrances acquisition in 2017, which we also represented. There have been moves in that direction, and we expect there could be more,” he adds.

Larsen notes that shifting market dynamics make this an important customer base to serve and that suppliers need to respond too. “You do have smaller local and regional brands outgrowing the larger ones in many cases. If that is a secular market shift, it does become important for the ingredient companies to have the ability to service those growing entities effectively,” he adds.

Despite several trade challenges, which include Brexit and US-Asian relations, Larsen notes that those geopolitical factors will not ultimately trump strategic considerations. However, they are likely factors that will be noted in due diligence.

“Strategy will drive a large corporate to go after acquisitions, but once the strategic decision has been made, one of the due diligence questions may be understanding the implications of trade barriers on the acquisition target,” he says. Considerations include both those on the supply side and the challenges of bringing a raw material into a country, without disruption, or at the cost level that has historically been in place.

Finally, Larsen notes that there are two key components to a strong and stable M&A market: the overall state of the markets and an open window to activity among the large corporates in a particular sector. In both cases, the market conditions have already been broadly favorable for a several years. “You could theoretically have a positive overall market environment but have the large corporates saying that it is not the right time to acquire, either because they are focused on integrating what they already bought, or because they have other internal initiatives that are taking priority,” he explains. “By and large, for the last several years, the market dynamics have been favorable in ingredients. Not necessarily every quarter at all times, but more often than not. When those factors line up, that leads to good activity levels,” he notes.

Certainty is key. “Markets can freeze as we all know, most recently in 2008-2009, where activity slowed because there was a palpable global sense of economic uncertainty. As an M&A practitioner, I crave certainty in the market. When that exists it supports the deal environment and supports large companies acting on their strategic imperatives through M&A,” he concludes.

Having recently secured EU funding, Plenitude, a group of sustainable food partners led by Enough Food has set out to build a mycoprotein facility in Sas van Gent, in... Read More

Wellness flavors poised to resonate with consumers in 2022, say suppliers

The rise and relevance of F&B products that carry a health halo association are unmistakable, and has been particularly poignant over the past 18 months. In light of... Read More

After years of being hailed “queen of flavors,” vanilla is still going strong as a classic and versatile ingredient in categories spanning confectionery,... Read More