You are in : All News > Inflation focus: Budget food staples latest victims of price hikes with “worst yet to come”

31 May 2022 --- Globally, consumers are shouldering the weight of surging food basket prices, particularly impacting budget items like pasta, bread and chips. Nations are currently struggling with a spike in F&B costs not seen for years, made worse by rising energy rates.

For consumers in the Eurozone, analysts forecast that food inflation can cost an extra €243 (US$260.75) for the same basket of food products, compared to 2021. In the UK, supermarkets have hiked up values for their lowest-cost budget F&B items, some by more than 15%.

Meanwhile, similar broad-based price hikes are observed in the US, with an ongoing avian influenza outbreak causing additional strain on the egg market. In Asia, early monsoon rains in India and stabilized Chinese agricultural stocks are holding promise for food markets.

The surge in costs of global commodities have been primarily driven up by the Ukraine war that has hindered supplies of sunflower oil, while further driving up animal feed and wheat prices – causing knock-on effects on meat, dairy and bakery.

Soaring energy prices, as well as increased labor costs, have added to the cost of doing business. 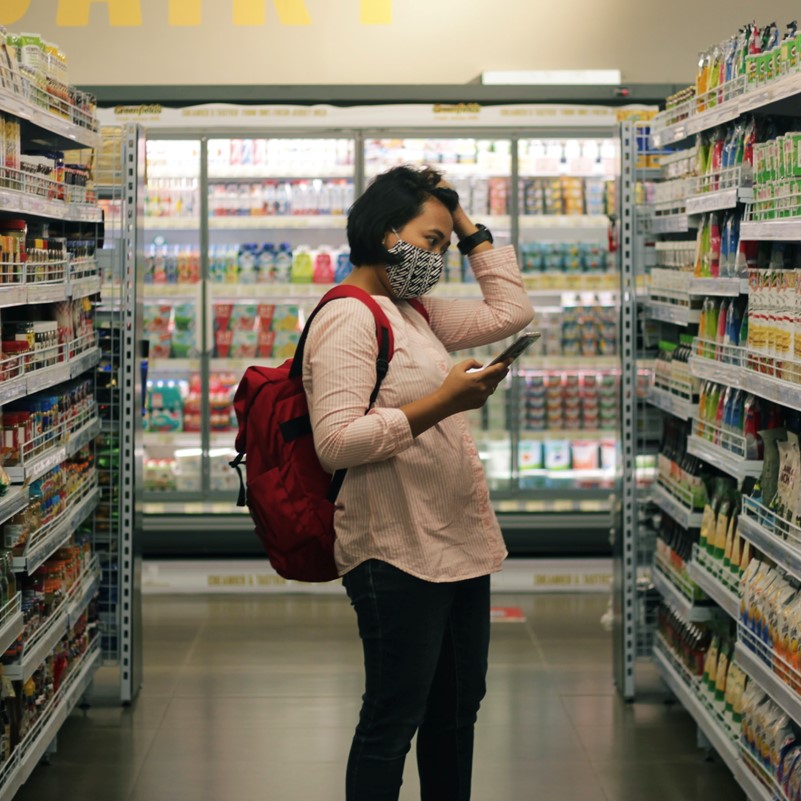 For EU consumers,  analysts forecast that food inflation can cost up to €243 (US$260.75) more for the same basket of items, compared to 2021.Eurozone purchasing power takes a hit
German financial services company Allianz revealed in its latest report on European food inflation that “the worst is yet to come for European households”, with food retail prices still far from reflecting the surge in food commodity prices observed over the past 18 months.

Eurozone food and beverage producers have already increased their prices by an average of +14% since the beginning of 2021, with the strongest price increases found among everyday life products, including oils and fats (+53%), flours (+28%) and pasta (+19%).

But past episodes of high food inflation show that retail prices broadly adjust to producer prices with some lag. “High inflation, together with a post-pandemic decline in food volume sales in stores, will add pressure to the profitability of European food retailers but we anticipate generally high pass-throughs to consumer prices,” states Allianz.

Using its central estimate of retailers passing the equivalent of 75% of the past increase in food producer prices onto consumers, the analysts compute that food inflation would cost the average European consumer an extra €243 (US$260.75) for the same basket of food products, versus 2021.

“Coming on top of a more general increase in the cost of living (fuel, electricity, rents, away-from-home food, etc.), this surge in food prices is likely to revive debates on possible welfare payments to relieve the burden for the most vulnerable households,” the analysts warn.

UK’s lowest-priced food staples surge
In the UK, certain budget food items – including pasta, bread and chips – have recorded some of the most significant price jumps, since the nation’s rate of inflation rose by 9% in April.

Egg prices in the US saw an increase of 10.3% last month, impacted by both inflation and avian influenza.According to the latest data collected by the Office for National Statistics (ONS), prices for some food items have risen by more than 15%, with pasta having the steepest inflation over a year.

The ONS based its research on web-scraped supermarket data for 30 everyday grocery items, which reveals that the lowest-priced items have increased in cost by around as much as average food and non-alcoholic drinks prices (with both rising around 6% to 7% over the 12 months to April 2022).

However, the average price inflation of 30 budget food items across UK supermarkets was 6.7% – still below the rate of inflation.

Inflation-related purchasing behavior shifts are prompting UK supermarkets to roll out more budget-friendly options. “We understand our customers are facing significant pressure on their household budgets and that every penny counts,” a Sainsbury’s spokesperson tells FoodIngredientsFirst.

Avian influenza further cracks US egg market
The US Department of Agriculture (USDA) outlines that increases in the overall inflation rates “were driven by increases for many products.” It anticipates that all food and grocery prices will rise by an average of 5.5% this year.

In its report, the USDA suggested that prices for fats and oils would rise by an average of 10.5% this year, compared with the usual 2.3%.

The predicted 9% increase in poultry prices is almost four times the usual rate. Notably, the 7% increase that was forecasted for meats such as beef, pork and poultry is more than double the long-term annual average of 3.2%.

Early monsoon rains in India are anticipated to help temper inflation for agri-food commodities.Fruit and vegetable prices are also anticipated to see a 7% annual increase, contrasting the usual 2%. Cereal and bakery products – with a long-term average annual increase of 2.1% – were forecast to rise 7.5% this year.

“An ongoing outbreak of highly pathogenic avian influenza has reduced the US egg-layer flock and drove a 10.3% increase in retail egg prices in April,” states the USDA in its monthly Food Price Outlook.

Amid battling inflationary headwinds, the USDA recently rolled out a US$200 million package of initiatives, which include strengthening rules and enforcement against anticompetitive practices to “make food prices fairer”.

More than 50% of India's agriculture is dependent on monsoon rain. Rain is also a welcomed relief from the intense summer heat that has impacted wheat crops and triggered a power crisis as temperatures jumped to record highs in north India in March and April.

IMD has forecast normal, well-distributed rainfall across the country, the fourth successive normal monsoon. It's expected to boost the farm sector and dampen inflation pressures. India's retail inflation hit an eight-year high of 7.8% in April, driven by high food and fuel prices.

Meanwhile, China is going all out to make sure that its summer wheat harvest proceeds without any hitches. The premier of China, Li Keqiang, addressed local authorities to try to boost wheat production and stabilize domestic prices.

Keqiang also underscored that COVID-19 checkpoints that could affect the summer harvest production would not be allowed to be put in place. “Even if an outbreak is found during the harvest, reaping must go on.”

In another statement by the ministry of agriculture of the country, it assured that China “has abundant grain stocks and supply of major agricultural products are stable.”

The efforts to free up 20 million metric tons of grain trapped in Ukrainian silos continue, as a delegation from the EU Committee on Agriculture and Rural Development is... Read More