You are in : All News > Impossible Foods fights back against plant-based meat “smear campaign” 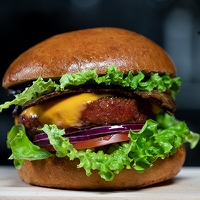 31 Oct 2019 --- As the plant-based phenomenon continues to thrive, a new series of advertisements describing plant-based products as “ultra-processed” have come into the spotlight. According to Impossible Foods, The Impossible Whopper and the likes, are “better for people and the planet,” however, non-profit organization The Center for Consumer Freedom (CFF) ran an advertisement in the New York Times titled; “What’s hiding in your plant-based meat?” Impossible Foods has hit back saying that these advertisements are part of a “smear campaign” against disruptive companies that are threatening to take market share from the animal agriculture industry.

Globally, the sphere of plant-based innovation is heating up with heavyweight foodservice giants taking notice of the ample opportunities within this space. Innova Market Insights data reports 14 percent of global meat launches in 2018 being meat alternatives, compared to 6 percent in 2013.

In its most recent advertisement, the CFF claims: “Fake meats are ultra-processed imitations with dozens of ingredients.”

”Plant-based meat is an ultra-processed concoction that can contain dozens of ingredients, many of which are fillers and additives,” the CFF says.

A statement sent to FoodIngredientsFirst, by Impossible Foods’ Chief Communications Officer, Rachel Conrad, reads: “The propaganda campaign aims to spark a backlash and reverse or slow down the surge in popularity of plant-based meat.”

The statement adds that this “propaganda” campaign that is “going after plant-based meat” is the “most obvious validation yet that plant-based meat poses an existential threat to incumbent animal agriculture.”

This is the fourth advertisement the CFF has run with a focus on plant-based meat alternatives. The organization previously placed advertisements in USA Today, The Wall Street Journal and The New York Post.

Impossible Foods believes there is a better way to eat healthily and sustainability, and that way is to make “meat from plants.”

The company highlights that animal agriculture pollutes and consumes more water than any other industry. Raising animals for food makes up the vast majority of the land footprint of humanity, occupying more than 45 percent of the land surface of Earth. The global demand for meat, fish and dairy foods is a primary driver of the ongoing meltdown in diverse wildlife populations and ecosystems on land and in oceans, rivers and lakes.

However, the CFF says that “even if all Americans were to stop consuming all products produced from animals US greenhouse gas emissions would decrease by 2.6 percent. Despite what anti-meat activists or companies may say, switching to meat analogs won’t save the planet.”

The rise of plant-based foods
Meat alternatives are enticing two-thirds of US consumers, according to the latest consumer research from Innova Market Insights, demonstrating the continuing boom in the space.

According to Impossible Foods, “plant-based meats will play a vital role in solving one of the planet’s most pressing challenges: sustainably feeding 9.7 billion people by feeding crops to people, not animals, while consuming far less of the earth’s precious resources,” Rebekah Moses, Head of Impact at Impossible Foods, tells FoodIngredientsFirst.

Meat-free also received a welcome boost in August when the US Food and Drug Administration (FDA) approved soy leghemoglobin as a color additive in uncooked ground beef analog products. This follows a 2018 petition (filed by Impossible Foods) to have the ingredient accepted as a color additive. Soy leghemoglobin imparts a reddish-brown color to meat analogs and is used by Impossible Foods as the “magic ingredient” to impart the “beefy flavor” in its products.

Impossible Foods was recently honored at the 2019 United Nations Global Climate Action Awards for its products that are more sustainable and help displace market demand for meat products. The company states that its model proves three things – that consumers will “enthusiastically receive and pay for plant-based meat alternatives;” that this can be accomplished across all relevant sales channels that are necessary for impact scaling; and that their proprietary technology and food science platform can drive expansion across the entire industry, not just for Impossible Foods.

Last month, US vegetarian food innovator, Sweet Earth, which is owned by Nestlé, unveiled the “Awesome Burger,” a plant-based offering that signals its latest move in the meat-free market and competes with rival products from the likes of Impossible Foods and Beyond Meat.

20 Oct 2020 --- The European Council has adopted a set of conclusions on the farm to fork strategy, endorsing plans to develop a sustainable, climate-friendly food system across... Read More

19 Oct 2020 --- Danone is planning a shake up of its portfolio and underperforming assets, starting with an immediate review of its strategic options for Argentina and for its... Read More

15 Oct 2020 --- Health and wellness continue to play a vital role in snacking. That is according to Kerry, which has released a webinar series, “Capturing Key Motivators that... Read More

14 Oct 2020 --- Texture, mouthfeel and taste are among the most significant challenges in the plant-based space, and formulators are continually working on overcoming them to... Read More