You are in : All News > Hochdorf expects “demanding” market for milk and lowers annual projections 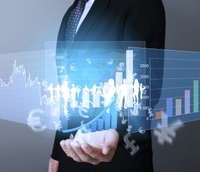 17 Aug 2017 --- In the first half of 2017, the Hochdorf Group generated gross sales revenue of CHF312.1m (US$323m), up more than 12 percent on the previous year with Pharmalys Laboratories SA cited as being primarily responsible for these higher earnings.

Pharmalys Laboratories SA is primarily responsible for these higher earnings, according to the Group which is adjusting the sales target for the entire 2017 business year.

Foreign milk factories are the main reason for this sharp decline, says Hochdorf. In Switzerland, the assumed liquid volume remained the same as the previous year, although less milk was produced.

“The difficult situation on the Swiss milk market also put a strain on results from the traditional milk business,” says the financial statement.

The earnings of Hochdorf Swiss Nutrition Ltd suffered from lower export subsidies compared to the previous year, lower production volumes for infant formula and margin losses, above all in the Dairy Ingredients Division.

The lower production volume of infant formula resulted among other things from the reduction of delivery periods from six to just three months and the temporary discontinuation of volumes in Egypt and Libya.

However, Hochdorf claims this will be turned around for the second half of the year with the order books for this period already “well-filled” and it anticipates high capacity utilization.

Dairy Ingredients performance
Thanks to higher prices in the first half of 2017, the Dairy Ingredients Division generated a gross sales revenue of CHF216.1 million, which is 5.8 percent up on the previous year.

The amount of processed liquid volume was reduced by roughly 9 percent to 377.6 million kg (previous year: 415.9 million kg), while reductions occurred in Prenzlau, Germany and in Medeikiai, Lithuania, the liquid volume in Switzerland was maintained at the previous year’s level.

At Hochdorf Swiss Nutrition Ltd., the first six months of the year were characterized by low milk production. However, the company says that thanks to the significantly increased processing of whey, capacity utilization remained at a very high level.

Reduced “Schoggi Law” contributions, margin losses and too little B milk for export products influenced earnings. For this reason, a project was launched for improving profitability: price increases, portfolio adjustments and cost savings will be used to significantly improve results.

The record high butter prices were an advantage for Uckermärker Milch GmbH to the extent that the butter was produced from milk from direct suppliers. The purchase of milk fat at competitive prices was very challenging, says the Group.

The reorganization with Dr. Peter Pfeilschifter as on-site managing director showed rapid success, but in July there was an announcement that the curd production plant would close as of this October.

Hochdorf Baltic Milk UAB is being negatively impacted by high milk prices, which cannot be transfered to the market, and a weak protein market. Under these conditions, the processed milk quantities were reduced as much as possible and production processes were optimized.

As expected, the Pharmalys Group was able to increase its turnover and earnings figures in the first half of the year. By contrast, due to temporarily lower quantities in Egypt and Libya, as well as significantly shorter delivery periods, the volumes produced and sold in the Swiss Baby Care business have declined.

Outlook
“In the second half of the year, we anticipate slightly higher milk prices compared to the previous year, with correspondingly high product prices,” says Thomas Eisenring, CEO of the Hochdorf Group.

Hochdorf does not anticipate being able to make up for the shortfall in sales from the first half of the year and expects a demanding market for milk mass products.

For this reason, the company is lowering its projected annual gross sales revenue from between CHF635 and 670 million to CHF610 and 650 million.

At the middle of the year, the percentage of EBIT relative to production revenue is 5.0 percent and thus under the communicated annual target range of 6.1 to 6.6 percent.

Due to well-filled order books in the Baby Care Division and measures taken to improve earning figures, the percentage EBIT forecast is not being changed.

Best partner for nutrition solutions at every stage of life

The Hochdorf Group is a Swiss market leader in developing, producing and marketing wholesome foodstuffs and ingredients. The Hochdorf Group portfolio comprises milk derivates, baby care, and cereals and ingredients. Hochdorf products have been contributing to our health and wellbeing since 1895 – from babies to senior citizens. They are sold worldwide in more than 70 countries, with customers in the food industry and the retail sector. The products are sold under the brands of Ledor, Babina, Alpen, Femtorp and ViogermM®.

Within the business area of cereals and ingredient,s the Hochdorf Group specialises in processing and refining high-quality wheat germ and in producing powder blends for desserts and wellness products.

Viogerm® is the perfect combination of health and taste. The addition of Viogerm® enhances food products in a natural way and makes wholegrain products truly whole grain again.

Femtorp® Desserts – premium taste, simple to prepare!
Hochdorf develops and produces high-quality milk-based blends for desserts and convenience products using only the best ingredients, such as Swiss milk. Femtrop® is easy and quick to prepare by just adding water - these mousses guarantee satisfaction.

29 Apr 2020 --- Following a bid to sell its assets to Dairy Farmers of America (DFA) earlier this month, Dean Foods is now floating the idea of an alternative merger of its... Read More