You are in : All News > “Higher prices, poorer choices”: UK’s proposed Protocol on Ireland/Northern Ireland marks greater challenges for trade 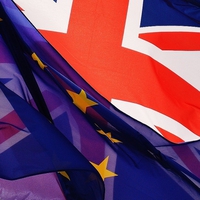 04 Oct 2019 --- UK Prime Minister Boris Johnson’s latest stab at a Brexit plan involves a proposal to the EU for a new Protocol on Ireland/Northern Ireland. On Wednesday, Johnson outlined plans that would see Northern Ireland stay in the European single market for goods, but leave the customs union, resulting in new customs checks on the border. If implemented, industry critics have noted this may result in greater challenges for consumers in terms of higher food prices and a lower level of choice, as well as potential capacity shortages in Ireland/Northern Ireland border control.

The President of the European Council, Donald Tusk, reports that the EU is “open but not convinced” of the latest update to Johnson’s withdrawal plan. The question of the Irish border has been a huge point of contention in the Brexit debate.

Northern Ireland’s Department of Agriculture, Environment and Rural Affairs (DAERA) has announced its plan to manage the Export Health Certification (EHC) needs of the agri-food sector if the UK leaves the EU without a deal. Under Britain’s new Protocol on Ireland/Northern Ireland, DAERA expects a shortage of capacity to deal with border checks of traded live animals and products of animal origin.

In a no-deal scenario, the potential demand for EHCs is likely to exceed the capacity to supply from vets and support staff, notes DAERA. This rise is due to the emergence of a new sector requiring EHCs – food retail and distribution, which will account for approximately 75 percent of this certification requirement.

Click to EnlargeUnder no-deal Brexit, DAERA will manage the Export Health Certification (EHC) needs of the agri-food sector.On a contingency basis, and in line with the government department’s Reasonable Worst Case Scenario planning, the number of certificates required per annum could balloon from the current 18,000 to 1.9 million or more.

Given the estimated rise in required EHCs, the lack of regulatory manpower is growing more apparent. “Over the past few months, DAERA has re-directed its resources and is now aiming to have the capacity to provide up to 400,000 EHCs per annum for meat and dairy exports,” says Dr. Robert Huey, Chief Veterinary Officer at DAERA.

The actual demand for EHCs will depend on the ability of businesses to maintain existing patterns of trade, given the broad range of third country requirements they will need to meet if they wish to continue to trade with the EU.

“While trading patterns and practices will adjust and the need for all 1.9 million certificates is unlikely to fully materialize, we have planned for the reasonable worst case scenario in a no-deal scenario. We have scaled up as much as possible but regardless, demand may exceed capacity,” says Dr. Huey.

“This is an unprecedented time for Northern Ireland’s agri-food sector and a time of great uncertainty. We have explored – and will continue to explore – every possible avenue to scale up our capacity and that of the private sector. However, the resources and solutions available to us are finite and the demand for EHCs may well exceed the supply in a no-deal scenario,” he adds.

Importers and exporters of animals and animal products are being urged by the UK government to prepare for Brexit on October 31, as these will be subject to new requirements if the nation leaves the EU without a deal. The UK government has previously released guidance outlining steps businesses will need to take to import or export these goods.

Industry response to UK’s new Protocol on Ireland/Northern IrelandClick to EnlargeConsumers will inevitably be impacted by the new post-Brexit protocol, critics argue.
Responding to the latest developments, Food and Drink Federation (FDF) Chief Executive Ian Wright underscores consequences for both industry players and consumers following the implementation of the UK’s new protocol on Ireland and Northern Ireland.

“FDF applauds the [UK] government’s attempt to find a creative replacement for the backstop. Unfortunately these proposals don’t work for shoppers and consumers. That’s because they ask food and drink businesses operating in Northern Ireland to pay – through new bureaucracy and costs – for the government’s inability to agree a comprehensive exit deal. As a consequence, shoppers in Northern Ireland will face higher prices and poorer choice,” asserts Wright.

Wright further underscores the gravity of halting the influx of exports flowing into Ireland. “Ireland is the UK food and drink industry’s largest export market. More than half of all poultry, and fresh produce would require physical checks, with samples taken and sent to a laboratory. Only a deal that maintains frictionless trade across the North-South and East-West routes will protect choice and availability for UK shoppers and consumers,” he concludes.

Inevitable trade-offs
L. Alan Winters, an economist and Director of the UK Trade Policy Observatory (UKTPO), describes the latest developments in simple terms: “You cannot both have your cake and eat it.”

“The trade-off that has at last dawned on Boris Johnson is that if you want the whole of the UK to choose its own tariffs on goods, a customs border in Ireland is inevitable. And if you want Britain to be able to set its own regulations, then you need a border in the Irish Sea,” explains Winters.

While Johnson insists that these borders can be infrastructure-free and decentralized across space, they are borders nonetheless, notes Winters. “They will entail costs for governments and business, both of which will, to at least some extent, reduce the real income that can be devoted to ordinary living.”

“It is far from clear that a society that has lived through the Troubles [the Northern Ireland conflict] will be comfortable with the deep surveillance and dispersed exercise of executive power implicit in this proposal,” highlights Winters. “A further concern is that schemes like trusted trader regimes, which render these inspections less visible, impose far larger burdens proportionally on smaller businesses than on larger ones. Finally, a dispersed system administering the wide variety of tariffs that apply in the UK and the EU seems highly likely to be leaky.”

27 May 2020 --- Kerry has unveiled a new, “suitable for organic” natural X flavoring modulation technology, designed to be compliant with the extensive, updated EU... Read More