You are in : All News > Hard seltzers to make a splash this summer, boosted by healthy indulgence

11 May 2020 --- Flavored, low-alcohol sparkling water – hard seltzers – is a trend to watch in the beverage market, driven by influences from the US. Offering huge potential for innovation in flavors, this emerging sparkling beverage category is due to hit Europe this summer as an alcoholic beverage with a health halo. FoodIngredientsFirst takes a look at the key flavors and driving forces behind the trend.

“Hard seltzers are the perfect drink for the ‘re-balancer’ – someone who is looking to maintain a healthy lifestyle, eat well and reduce their alcohol intake while making time for a fitness regime,” Vicky Berry, Business Development Manager at Synergy Flavours tells FoodIngredientsFirst. “There is likely to be a lot of market entrants coming in and competing for consumers, so an important way to stand out will be via flavor innovation.”

Most hard seltzers are made by fermenting simple sugars rather than malt. This sugar brewing process creates a light, low calorie and gluten-free product, which appeals to a health-conscious consumer. On average, a spiked seltzer is around 100 calories. They have a short ingredient list: usually just carbonated water, alcohol and a flavor. The alcohol content is around 4-6 percent alcohol by volume (ABV).

“The key to flavor selection is ensuring a light and refreshing taste that fits with the positioning of this new category, as well as incorporating interesting, ‘adult’ profiles, that support the premium feel,” notes Berry. “Brands will be looking to create core flavor profiles, as well as taking a twist on these by adding botanicals and floral notes,” she adds. 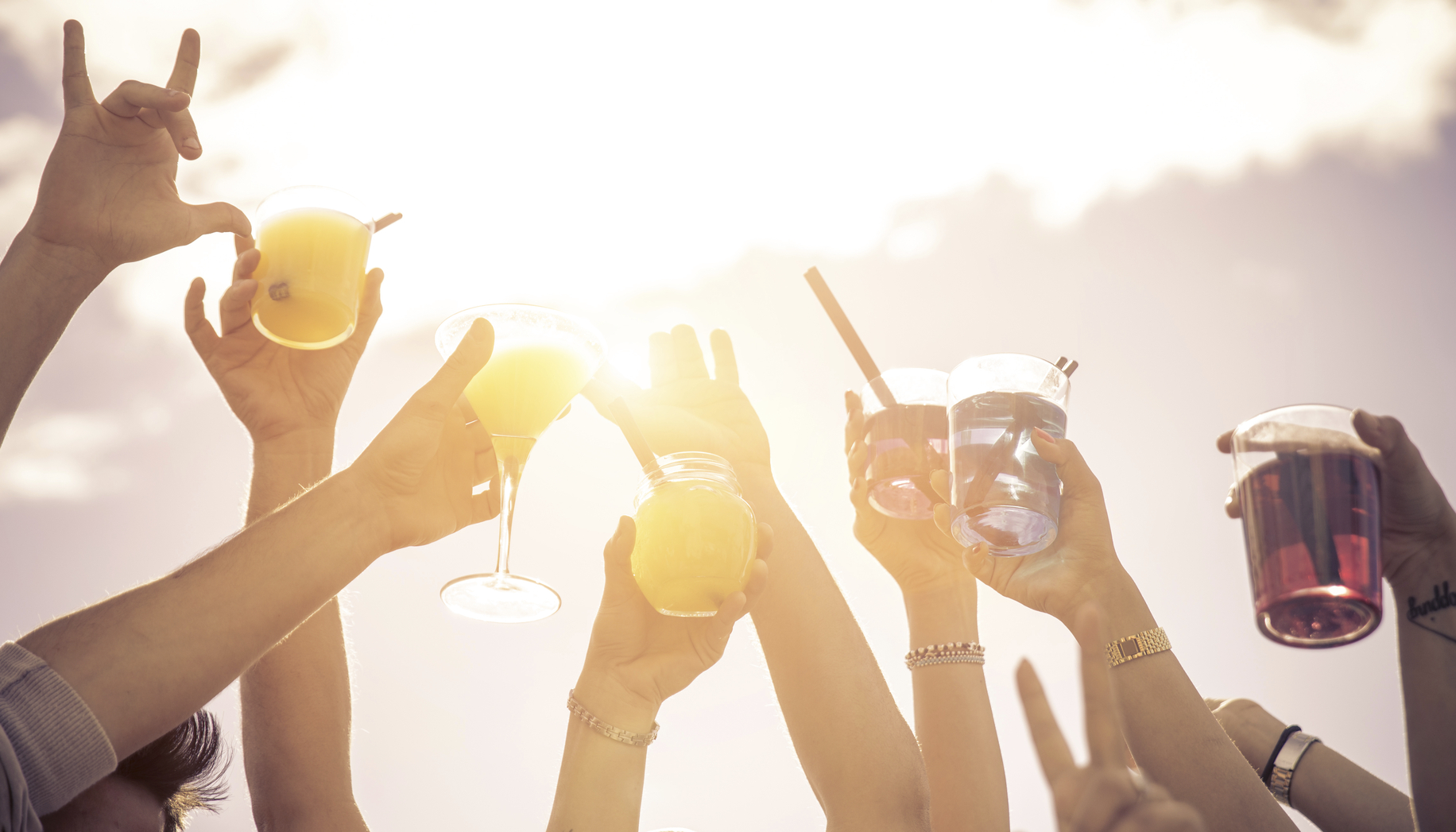 Hard seltzers became a cultural phenomenon in the US last summer.Summer of seltzers
Hard seltzers are a trend to watch, according to Innova Market Insights, which pinpointed the trend in North America late last year. The beverage started to generate a real buzz in the US in May 2019 and became a cultural phenomenon in the summer of 2019, led by White Claw. White Claw’s new flavors for summer 2020 include pineapple and clementine and feature only 70 calories, down from the typical 100.

White Claw has been exceptionally popular thanks to a viral video featuring the slogan “ain’t no laws when you’re drinking claws,” which was not officially affiliated with the brand but helped it rise to fame. It was also helped by an influx of related memes posted on Instagram, with taglines such as “Claw is the Law.” Research by Innova Market Insights has found black cherry to be the most popular among White Claw consumers.

However, other brands are starting to shift their attention to the trend. Bud Light’s Super Bowl advertisement shone a spotlight on its brand new Bud Light Seltzer, rather than beer, and this past March, Leinenkugel’s debuted a beer-seltzer hybrid called the Spritzen in three fruit-inspired flavors. Other US brands competing for a share of the action include Smirnoff Pure, Henry’s and Bon & Viv.

Crossing the Pond
Having taken the US by storm, the hard seltzer trend is slowly making its way into the UK marketplace, with brands like Kopparberg spotting an opportunity for success. Balans, Kopparberg’s preliminary product in the space, is described as the “UK’s first aqua spritz; a revolutionary alcohol-infused sparkling water with a hint of fruit taste.” Other brands starting to appear include Bodega Bay, Crooked and Drty Drinks.

According to Innova Market Insights’ Consumer Lifestyle and Attitudes Survey 2018, nearly seven out of ten consumers across the countries surveyed (US, UK, France, Germany, China and Brazil) have reduced their sugar intake, making hard seltzers an attractive option for consumers with active lifestyles.

It’s also a natural fit for the consumer who is always on the lookout for innovation and shares everything on social media. Based on the success of White Claw on Instagram, there’s clearly a lot of scope for hard seltzers to follow in the footsteps of other “trendy beverages” like Aperol.

The adventurous consumer will be interested in the flavor options of hard seltzers, lured in by interesting flavor pairings such as botanicals and concepts that toy with their senses, such as clear coffee.