You are in : All News > Hacking plant-based cheese: Nobell Foods nets US$75M to crack casein’s genetic coding in soybeans 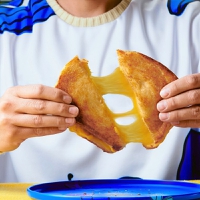 With a patented technique, the vegan cheese maker produces key dairy proteins, including casein, from high-quality soybeans. The end products from this operation are cheeses that taste, smell, melt, stretch and even age like those made from animal-derived ingredients.

Prior to this series B round, Nobell raised over US$25 million since launching from seed money start-up accelerator Y Combinator in 2017. Nobell plans to launch its cheeses to the public by the end of next year.

Nobell now has US$100 million in funding backed by venture capital firms including the likes of Andreessen Horowitz and Breakthrough Energy Ventures.

Nobell cheeses taste, smell, melt, stretch and even age like those made from animal-derived ingredients.Recreating milk’s unique genetic code
Nobell’s patented approach to making dairy from plants is the result of more than four years of R&D, led by CEO and founder Magi Richani.

An engineer by training, Richani understood the crucial role that essential dairy proteins – caseins – play in giving cheese its desirable qualities. Like all proteins, caseins have a unique genetic code.

Richani and her team at Nobell discovered a method of recreating this genetic code in soybean seeds and growing plants that have the same dairy caseins found in animal milks.

Richani describes cheese as the “last frontier” in animal-free foods. Her start-up’s plant-based cheese is targeted toward “satisfying even the most discerning pizza, grilled cheese, mac and cheese, and charcuterie lovers.”

Nobell will use the latest funds from its series B round to expand its team and farming partnerships, scale production and bring its product to market.

A similar method of producing casein without dairy is currently being piloted by Belgium-based Those Vegan Cowboys, founded by the former owners of The Vegetarian Butcher. The start-up leverages microbial fermentation methods for producing plant-based caseins in a cost-competitive manner.

Contending with traditional cheese
Over the last year, vegan cheese’s rising wave of commercial success has been fronted on several occasions by industry’s conventional dairy proponents.

Over the last year, vegan cheese’s rising wave of commercial success has been fronted on several occasions by industry’s conventional dairy proponents.In Europe, the proposed Amendment 171 caused a stir in the lactosphere, when policymakers called into question the legality of “dairy-like” words such as “creamy” or phrases like “alternative to” on plant-based cheese, milk, yogurt and butter labeling.

“We never have been lobbying against plant-based products,” Alexander Anton, secretary general at the European dairy association Euromilk, previously FoodIngredientsFirst in an interview on the topic of Amendment 171.

“These products have their place in the market and on the shelves. But the first pre-requirement of co-existence is of course respect.”

Last August, cashew-based cheese producer Miyoko’s Creamery benefited from a positive court decision in the US favoring its position against the State of California’s attempts to prevent the company from using the terms “butter,” “lactose-free” and “cruelty-free” on its plant-based foods.

Reimagining dairy
Growing competition from plant-based alternatives will continue to ramp up the pressure placed upon the dairy industry to better address consumers’ sustainability demands and target them accordingly.

Spanish dairy specialist Pascual recently launched what is tipped as the first global incubation program for cellular agriculture technologies in the dairy industry. The program, Mylkcubator, is run by the group’s new Corporate Venture unit, Pascual Innoventures, which has been set up to support start-ups disrupting the milk value chain.

Among other developments in this burgeoning space, Time-Travelling Milkman recently scaled up its plant-based fat ingredient for creamier, healthier dairy alternatives following new funding from Oost NL and SHIFT Invest.