You are in : All News > Got beef? No assumptions on carbon emissions should be made before production maturity, warns lab meat innovator

Got beef? No assumptions on carbon emissions should be made before production maturity, warns lab meat innovator

21 Feb 2019 --- A widely publicized comparison of the greenhouse gases (GHG) produced by lab-grown and farm-raised beef suggests that the benefits of reducing methane, resulting from cattle, could in the long term be outweighed by increased CO2 levels. As a result, the involved Oxford University researchers have put forward that the feasibility of sustainable “labriculture” will depend on a large-scale transition to a decarbonized energy system and new tech. This study may at first sight come as a disappointment to proponents of lab-grown meat. But considering that the technology is still in its infancy, and that the world would benefit from more clean energy in general, could this be a moot point?

Mark Post, MD, Ph.D., Professor of Physiology at Maastricht University, a key figure in the development of lab-grown meat, warns that no assumptions about “any novel technology should be made before it reaches mature production,” and that also goes for the idea that culturing meat will lead to less GHG emission.

Still some years from large-scale commercialization, the lab-grown meat scene is progressing rapidly, both in terms of R&D and regulatory clarity. “Labriculture” – meat grown in the lab using cell culture techniques – has captured the industry and consumers’ attention for its promise of authentic tasting meat, without the need to raise, and ultimately slaughter, livestock.

Although not an inherent promise of lab-grown meat, environmental concerns have also been put forward as a reason for consumers to perhaps choose this type of meat instead of traditionally farm-reared sources, with agricultural greenhouse gas emissions currently responsible for around a quarter of current global warming. 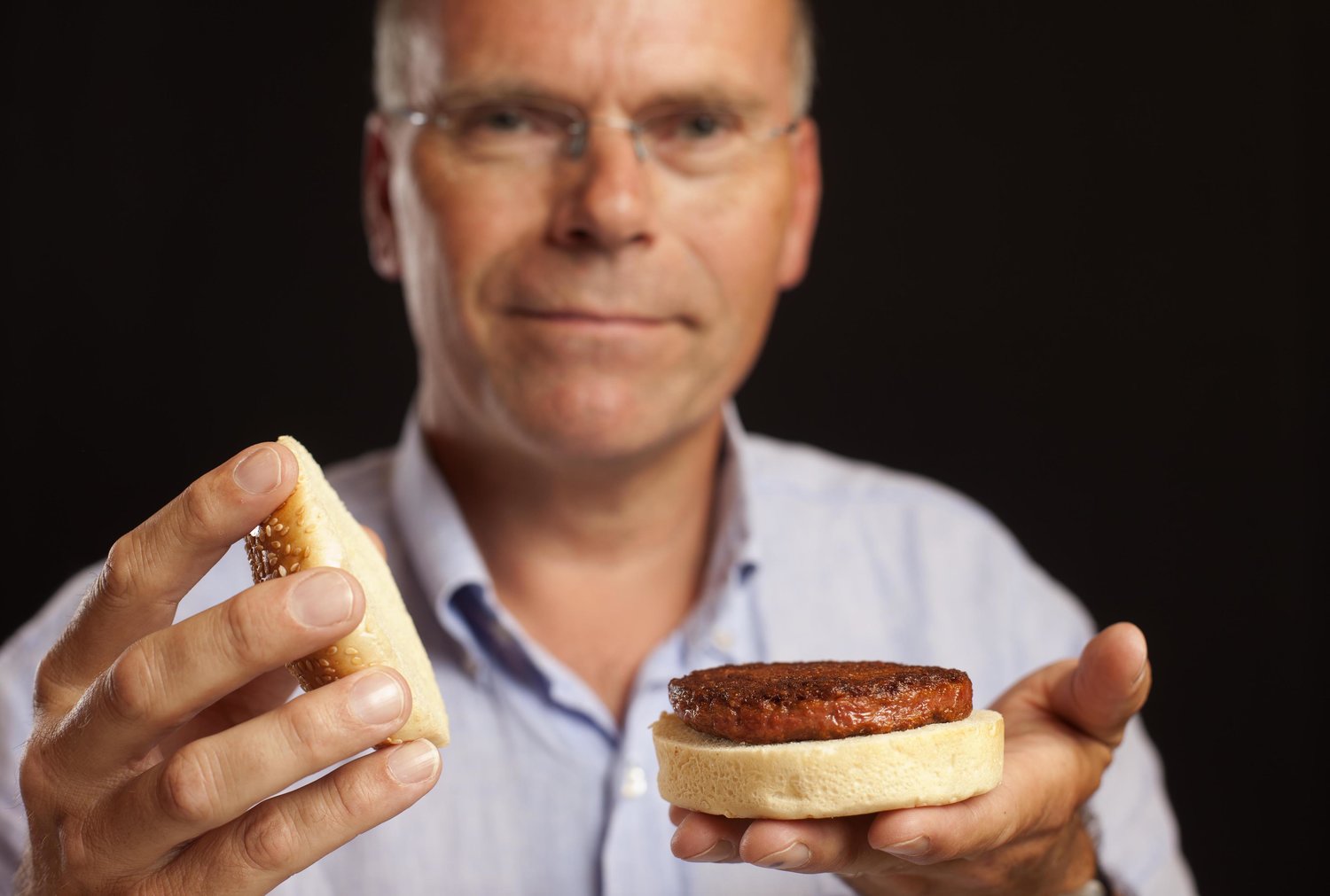 Mark Post, MD, Ph.D., Professor of Physiology at Maastricht University and Co-Founder of Mosa MeatThe researchers found that although some projections for the uptake of particular forms of cultured meat could indeed be better for the climate, others could actually lead to higher global temperatures in the long run. Currently proposed types of lab-grown meat, they say, cannot provide a “cure-all” for the detrimental climate impacts of meat production.

Considering culture
Current estimates of the environmental benefits of lab-grown meat over farm-reared meat are based on carbon-dioxide equivalent footprints, the researchers note. This can be “misleading” because not all greenhouse gases generate the same amount of warming or have the same lifespan.

“Cattle are very emissions-intensive because they produce a large amount of methane from fermentation in their gut,” says study co-author Raymond Pierrehumbert, Halley Professor of Physics at the University of Oxford.

“Methane is an important greenhouse gas, but the way in which we generally describe methane emissions as ‘carbon dioxide equivalent’ amounts can be misleading because the two gases are very different. Per ton emitted, methane has a much larger warming impact than carbon dioxide, however, it only remains in the atmosphere for about 12 years whereas carbon dioxide persists and accumulates for millennia.”

Methane’s impact on long-term warming is, therefore, not cumulative and is impacted greatly if emissions increase or decrease over time, the researchers warn.

The researchers modeled the potential temperature impact of each production method over the next 1,000 years. And while cattle was found to initially have a greater warming effect through the release of methane, the model showed that in some cases the manufacture of lab-grown meat may ultimately result in more warming. 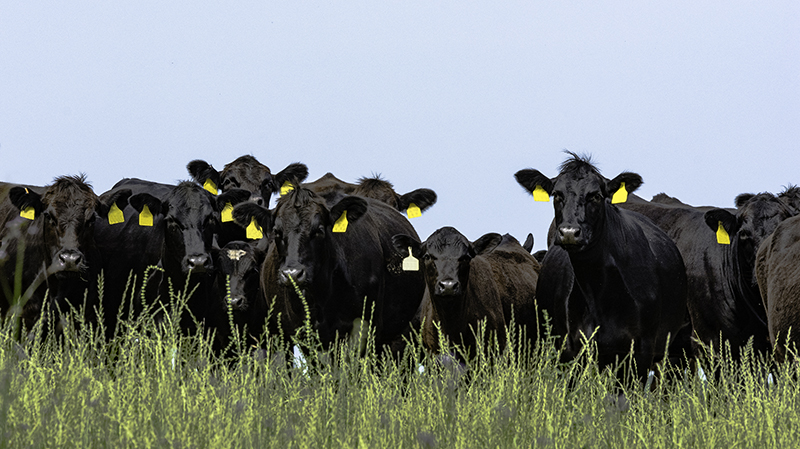 This is because even if consumption of meat were entirely phased out, the warming from carbon dioxide would persist, whereas warming caused by methane would cease after a few decades.

“This is important because while reducing methane emissions would be good – and an important part of our climate policies – if we simply replace that methane with carbon dioxide it could actually have detrimental long-term consequences,” warns lead author Dr. John Lynch, part of Oxford Martin’s LEAP (Livestock, Environment and People) program.

The study also highlights that both cultured meat and cattle farming have complex inputs and impacts that need to be considered to fully appreciate their effect on the environment.

“The climate impacts of cultured meat production will depend on what level of sustainable energy generation can be achieved, as well as the efficiency of future culture processes,” Lynch concludes.

Future food security
Although widely reported as a potential thorn in lab-grown meat’s proverbial side, the study and the involved researchers are by no means dismissive of the potential of lab-grown meat to be beneficial in environmental terms. They do, however, emphasize the need for continued and expanded labriculture research and especially the development of ways to produce cultured meat as efficiently as possible.

Post, for his part, notes that there are “good reasons to assume three environmental advantages.”

The first is that lab-grown meat could lead to “less GHG through either less energy use (heavily depending on assumptions what the outcome is) or emission poor energy consumption.” Secondly, lab-grown meat would entail less water usage, and thirdly, less feedstock resources and so less land, important for future food security.

“These benefits are interrelated, which makes the modeling very complex. Less land use will, depending on alternative usage of the land, reduce CO2 emission and increase CO2 capture. Less water usage will reduce the need for energy consuming desalination strategies,” Post continues.

“Clean meat production will use a tiny fraction of the land required for livestock and that freed up land could be used for clean energy production and carbon sequestration. By freeing up so much land, clean meat production should be a significant net positive for climate change,” he asserts.

“My expectation is that adverse environmental effects will easily outweigh other potential societal and personal benefits among consumers. The target group for cultured meat will not be willing to compromise with respect to sustainability,” says Wim Verbeke, Professor of Agro-food Marketing and Consumer Behaviour at Ghent University.

“Proven environmental benefits of cultured meat compared to conventional meat production are crucial because this constitutes a key promise and expectation in terms of societal benefits, and it is the issue that spontaneously raises doubt among consumers,” he explains.

“When comparing farm-reared meat and the concept lab-grown options, consumers perceive hardly any personal benefits (e.g. taste, nutrition, health), which is logical because of lack of personal experience with the product,” he notes.

To this end, he puts forward that technological developments related to energy use and emission in the upscaling and industrial production, convincing life cycle analyses studies and scientific consensus about the environmental impacts of alternative meat production systems will be vital to convincing consumers.

Room for growth
Since we are still a few years away in scaling up lab-grown meat to offer to the mainstream consumer, there is arguably time for the “labricultural” industry to invest in the technologies

“Culturing meat is a controlled system that has ample opportunities for further economization, both financial as resource-related,” Post notes. “As biotechnology and clean energy advance, cultured meat production will become more and more efficient, and thus help to address all of these pressing problems. Conversely, the efficiency gain in conventional meat production has been incremental and is biologically limited, especially in ruminants.”

“This is already being done by plant-based meat companies. For example, Turtle Island, the makers of Tofurky, has their production facility in the Columbia River valley, so all their power is renewable hydroelectricity. Companies such as Black and Veitch who have decades of experience building large-scale sustainable manufacturing plants are already involved doing forward-looking work with cultured meat companies, even before production has started to scale up.

“It is extremely important to look at individual variables like global warming, but one should also keep an eye on other benefits of cultured meat production over conventional meat production,” he emphasizes.

“Early LCAs such as this study are on the one hand very useful in emphasizing the areas where the technology has to develop, but they are also tenuous in the absence of an established industrial practice. This is obviously true for LCAs that are favorable for cultured meat as the ones that are more critical,” Post concludes.

British egg farmers are facing unprecedented rises in the cost of producing eggs – up to 30% on some farms – leaving many on the brink of bankruptcy with... Read More