You are in : All News > Going green in 2020: Tapping into meat alternatives, new opportunities for plant-based infant formula

02 Jan 2020 --- The plant-based food market is booming and disrupting global meat and dairy sectors. As a result, US meat producers such as Maple Leaf Foods, Tyson Foods and packaged food company Conagra Brands are shifting their focus and creating plant-based meat alternatives to satisfy current consumer needs. Global fast-food giant McDonald’s has also changed gears after seeing an 80 percent increase in vegetarian orders over the past year. The year 2020 is expected to be no different, with plant-based innovation being in the spotlight, specifically plant-based milk and dairy alternatives.

Plant-based innovation in food and beverages continues to flourish as a result of consumer interest in health, sustainability and ethics, which ties into the broader consumer lifestyle trend towards cleaner living. As the use of the term “plant-based” moves more into the mainstream, the industry and start-up companies, in particular, are taking up the challenge to deliver more clean label meat and dairy alternatives with improved nutritional profiles.

Innova Markets Insights pegged “The Plant-Based Revolution” as number two in its  Top 10 Trends highlighted for 2020 and the dairy alternatives category represents a key battlefront in this consumer-driven plant-based shift.

Jumping on the plant-based bandwagon
Food giants like Maple Leaf Foods and Tyson Foods are moving into new territory in a bid to launch plant-based products to the ever-growing alternative meat market. Strategic investments and mergers and acquisitions activity have heated up in the sector, with US$17 billion being invested in US plant-based meat, egg and dairy companies since 2009, including US$13 billion in 2017 and 2018 alone. Corporations like Conagra Brands, for example, are acquiring plant-based companies to round out their alternative meat product offerings.

Canadian consumer packaged meats company Maple Leaf Foods entered the plant-based market race in 2017 after acquiring Lightlife Foods Holding and Field Roast Grain Meat Company to serve as a foundation for its meatless protein business. Since being acquired by Maple Leaf, Lightlife has amped up its product portfolio and is now available in over 12,000 US retailers, as well as in restaurants like Dave & Busters. Meanwhile, Field Roast Grain Meat partnered with Pizza Pizza to launch the chain’s first-ever plant-based pizza. Then in April 2019, Maple Leaf announced its plan to build a US$310 million plant-based food processing facility in Indiana, US, to double its current production capacity.

Major US meat producer Tyson Foods, which was an early investor in plant-based pioneers Beyond Meat, honed in on the plant-based market with the launch of its Raised & Rooted brand in June, offering plant-based nuggets and a blended burger in over 7,000 US stores. Then in September 2019, Tyson Foods invested in New Wave Foods to produce plant-based shellfish for foodservice operators in early 2020.

No end in sight for plant-based food adoption?
As consumers reduce their meat intake, food companies are rushing to compete in the plant-based alternative space. Global meat alternatives have moved far beyond the niche vegetarian and vegan domain to encompass a much broader base of flexitarians, as the quality improves to replicate real meat. According to data from Innova Market Insights, meat substitutes accounted for 11 percent of new meat product launches (meat, poultry and meat substitutes) reported in Europe in 2018 (Jan-Sep), up from 9 percent in 2013. The global picture shows stronger growth still, with 14 percent of meat launches in the first nine months of 2018 being meat alternatives. This compares with 6 percent in 2013.

At the same time, major fast-food chains will likely continue to add plant-based options to their menus in a bid to capture this growing market. In April 2019, FoodIngredientsFirst reported that Burger King planned to roll out its plant-based Impossible Whopper throughout the US, following the successful trial of the burger in 59 stores in St Louis the previous month. The Impossible Whopper sandwich, Impossible Foods’ meatless patty, features the same burger build as the store’s traditional beef-based option, featuring tomatoes, lettuce, mayonnaise, pickles and sliced white onions on a sesame seed bun.

In September 2019, Impossible Foods entered the retail market with the rollout of its 2.0 plant-based meats across 27 Gelson’s Markets in Southern California, US. East Coast expansion is expected soon, with Impossible Foods planning to be available in grocery stores across every region of the US by mid-2020. 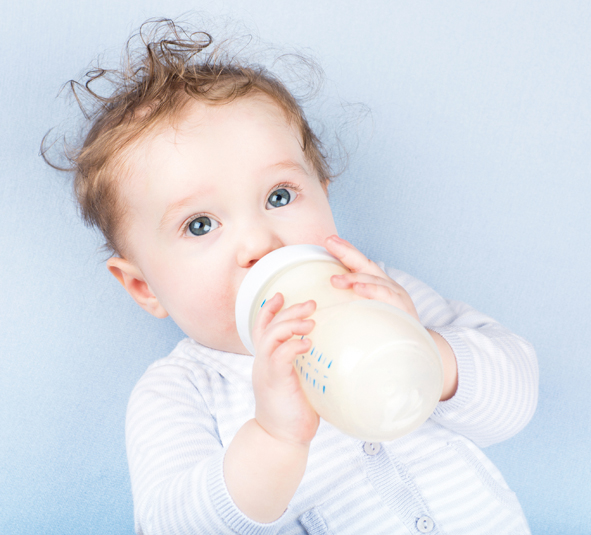 Click to EnlargeElse Nutrition is looking to “disrupt the US$90 billion global infant formula market by 2025 with its 100 percent plant-based non-dairy non-soy products for babies and children.” The plant-based milk market is booming; new opportunities in infant formula
The global plant-based milk market is expected to boom in 2020, offering 100 percent plant-based companies like Else Nutrition, an Israeli-based start-up, a lucrative opportunity. Else Nutrition won the EU Horizon 2020 SME Phase 1 competition in December 2017 and received the “Best Health and Diet Solutions” award in the Global Food Innovation Summit in Milan, Paris, in May 2017.

While other companies focus on infiltrating the saturated alternative meat market, Else Nutrition is looking to “disrupt the US$90 billion global infant formula market by 2025 with its 100 percent plant-based non-dairy non-soy products for babies and children,” the company notes.

Plant-based products, which were previously reserved for the niche consumer and warranted limited shelf space, have now gone mainstream. Eighty percent of US consumers plan to replace at least some meat for plant-based alternatives. Naturally, food companies are moving quickly to gain a piece of the global plant-based food and beverage alternatives market, which is on track to hit US$80 billion by 2024 due to an uptick in health-conscious consumers, rising concerns for animal welfare and increasing demand for food safety.

Despite the endless buzz surrounding the alternative meat market, the plant-based milk sector is also thriving in terms of sales revenue.

According to Innova Market Insights’ research, one in three US consumers have increased their consumption of plant-based milk and/or yogurt in the two years to the end of 2017.

According to experts, consumers are making the switch to plant-based milk for health reasons, intolerance to dairy, ethical concerns about animal welfare in dairy farming, or for simply wanting another alternative to dairy, even if it comes at a premium.

At the same time, parents are shying away from dairy products for their babies because of the antibiotics, hormones and pesticide traces found in cow’s milk, as well as the impact the dairy industry has on the environment and animal welfare.

Else Nutrition’s patented baby formula is made from a combination of three plants which constitute 95 percent of the formula, has a clean label, is free from antibiotics, gluten, hormones and GMOs and has a minor ecological footprint and no external addition of purified oils.

The company’s proprietary formulation has been granted composition patents in 19 countries, including the US, Australia, South Africa, Japan, Israel, Eurasia and New Zealand and has an additional 47 patents pending.

The dairy sector will also face major changes in the coming months and years, as dairy farms continue to shut their doors due to lackluster sales numbers and as consumers shift to plant-based milk for health reasons. Companies such as Nestlé have begun creating products for the US$14 billion plant-based milk market. Else Nutrition is also expected to launch its toddler formula in powder form, early this year, in the US. The company’s infant formula is estimated to reach the market in the next two or three years.

“We are in the middle of a dietary revolution,” says Naturli’ CEO

26 May 2020 --- Moving toward a slaughter-free world is under the spotlight as the coronavirus pandemic pushes the needle on plant-based versus traditional meat and dairy diets.... Read More