You are in : All News > Alt-proteins in Asia: Rising clean label standards and premium meat may pose future challenges 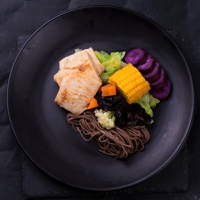 19 Jul 2021 --- Catering to Asia’s growing appetite for alternative protein can unlock new growth potential for sustainable food producers. Over the past two decades, global protein consumption rose by around 45 percent, while Asian countries drove 63 percent of this overall increase between 2000 to 2019, according to a new report.

These insights and correlating implications were presented by Food Industry Asia (FIA) and AlphaBeta, entitled The Future of Proteins in Asia, which illustrates key market factors that may impact food businesses of this region within the next decade. 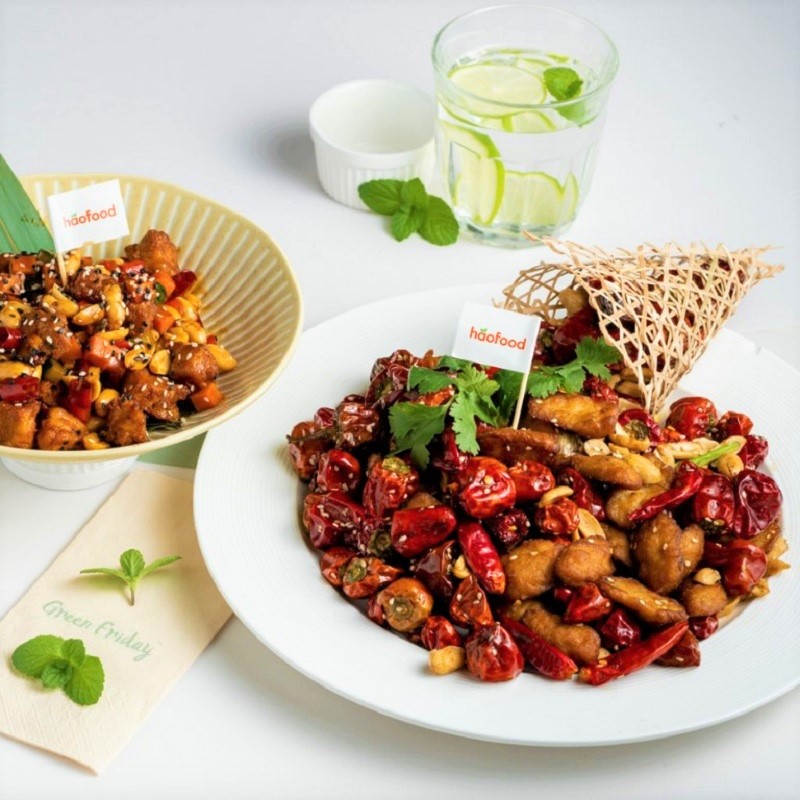 Peanut-based chicken from Haofood is among the many examples that evidence the diversification of plant-based offerings inspired by Asian cuisine. (Credit: Haofood)The report summarizes key developments in the protein demand landscape, focusing broadly on protein consumption in Asia, with specific insights on China, Indonesia, the Philippines, Thailand and Vietnam – “the Asia-5.”

“With over 500 million new people moving to cities in the region over the coming decade and over 800 million new people entering the consuming class, prospects for further growth are strong,” Jiang Yifan, head of science and regulatory affairs at FIA, tells FoodIngredientsFirst.

However, she notes, a country-specific approach is necessary to develop a targeted business strategy. “Asian consumers are extremely diverse in terms of their tastes and preferences across regions, urban and rural areas, age groups, income levels and cultures and traditions related to food.”

A rapidly maturing regional market
While the alternative proteins category is still at a nascent stage in most markets in Asia, there have been significant investments in cultivated meats, yeast engineering, fermentation and machine learning to discover new edible plants.

There is also currently a narrowing focus on the development of alternative meat products more familiar to the Asian diet, including minced pork and seafood.

Preferences for traditional food retail outlets, such as wet markets, may be shifting to modern grocery and e-commerce. This particularly applies to urban areas in China, the Philippines and Vietnam. Consumption may also be displaced from foodservice to food retail, as the “eating out” trend has been on the decline in some markets.

Cultured chicken meat from Eat Just was recently green-lighted for sale in Singapore as an ingredient in chicken bites. (Credit: Eat Just)Over the past few months, the region’s local food scene has been revitalized with fresh plant-based introductions inspiring new iterations of traditional cuisine staples.

Tokyo-based Next Meat, for instance, has unveiled vegan Japanese yakiniku grilled meat in Singapore, while peanut-based chicken from Haofood debuted in Chinese and Indonesian recipes through various partnerships in Shanghainese foodservice.

“There are a range of exciting developments, particularly in ‘hub markets’ like Singapore, where new products are hitting the shelves regularly and industry stakeholders – particularly the government, large food companies and food-tech start-ups – are pushing the boundaries of innovation,” says Yifan.

Last December, cultured chicken meat from Eat Just was green-lighted for sale in Singapore as an ingredient in chicken bites. The food-tech trailblazer recently partnered with JW Marriott Singapore South Beach’s Madame Fa to replace conventional chicken with the cultured chicken during set times throughout the day.

Also recently, cell-based protein technology made waves in the seafood category with Singapore-based Shiok Meats announcing its US$12.6 million Series A funding round. The finances will go toward building a “first-of-its-kind” commercial pilot plant from which the company plans to launch its minced shrimp product in 2022.

Barriers to wider consumer acceptance
Asian diet has also traditionally included a number of protein “alternatives”, including vegetarian protein options such as jackfruit, tofu and tempeh.

The report highlights that insects are also commonly consumed as a protein source across Southeast Asia and particularly in Vietnam, where a range of insect protein companies including Cricket One are developing insect protein powders for use in snacks.

However, there are also some barriers to widespread acceptance. For instance, Asian consumers value clean-label products (i.e., with “fresh” and “known” ingredients) and are wary of overly “processed” products.

“This has important implications for alternative proteins companies to direct investments for research, production, and product sales in the region,” the report authors note.

Singapore-based cultured seafood specialist Shiok Meats recently closed its US$12.6 million Series A funding round. (Credit: Shiok Meats)And while consumers in China, Indonesia and Vietnam have attributed a preference for the plant-based diet to health and environmental concerns – others in the same markets are demanding more “premium” animal-based proteins that are associated with “luxury, festivities and tradition.”

On the supply side, government regulation and advocacy, particularly in pursuit of food security goals, could increase production for certain prioritized commodities at the expense of alternative protein businesses.

China’s Ministry of Agriculture and Rural Affairs has recently developed a “Five-Year-Action Plan for Promoting the Development of Meat, Beef and Sheep” to enhance and ensure local supply of beef and mutton.

Growing middle class revitalizes markets
Rising incomes have played a significant role in increased demand for protein in developing Asian countries relative to other nations. The report highlights that this contribution will increase over the next decade, with 50 million people from the Asia-5 expected to be added to the global middle class annually.

This “middle-class effect” could result in growth in protein consumption above the historical average in the Asia-5 through 2030 – 2.9 percent per annum, contrasting the 2.5 percent per annum over 2000 to 2019.

Presently, China is leading in the alternative proteins category – already accounting for 26 percent of global protein consumption – which is owed to both the market’s size as well as growing consumer acceptance.

“For instance, research has shown that one in two Chinese consumers are likely to consume cultivated meats,” remarks Shivin Kohli, associate at AlphaBeta.

A survey in China found that 34 percent of consumers reported eating less pork than in the year before the study was conducted because of the meat’s perceived negative health attributes such as saturated fats, calories and high cholesterol. Meanwhile, 36 percent of consumers indicated that they would reduce consumption of meat in the following 12 months.

China itself has rapidly developed as an “alternative proteins hub,” being the largest producing nation outside the US for plant-based meats.

Plugging gaps in country-specific analysis
While rising consumer acceptance of non-traditional proteins in Asia is clearly evidenced, the report flags a lack of rigorous insights into the health and nutritional benefits of various alternative protein categories, tailored particularly for the Asian phenotype.

Differences between Western and Asian phenotypes could influence the latter’s tolerance towards certain food groups and ingredients, and recommended consumption levels.

“It is imperative for industry stakeholders to conduct rigorous scientific research to plug gaps in our still nascent understanding of the nutritional benefits of proteins and other food groups,” the report’s authors warn.

“Industry associations and research groups could collaborate on this research at a pre-competitive level. Strong financial and technical support from local governments will also be critical to support this research.